Despite their job title, firefighters do much more than just put out flames. Firefighters save kittens from trees. They help citizens in need. And when duty calls, firefighters rush to rescue lost dogs from all types of dangers.

So when Orange County firefighters encountered a lost dog while fighting fires in California, crew didn’t think twice about rushing to the bewildered animal’s side. Firefighters are currently racing to extinguish the Apple fire, one of several devastating fires reportedly sparked by a diesel truck spewing carbon exhaust in California. 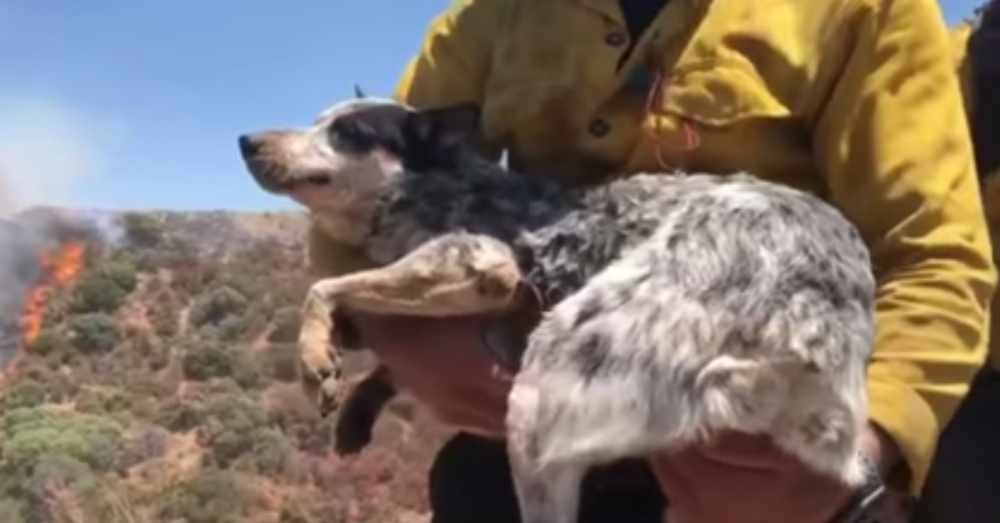 It wasn’t clear if the Australian Shepherd belonged to one of the 7,000 families who’ve been forced to evacuate this man-made disaster, or exactly how he managed to find himself all alone in this precarious situation. Either way, the frightened pup was clearly terrified to see the neighborhood go up in flames. 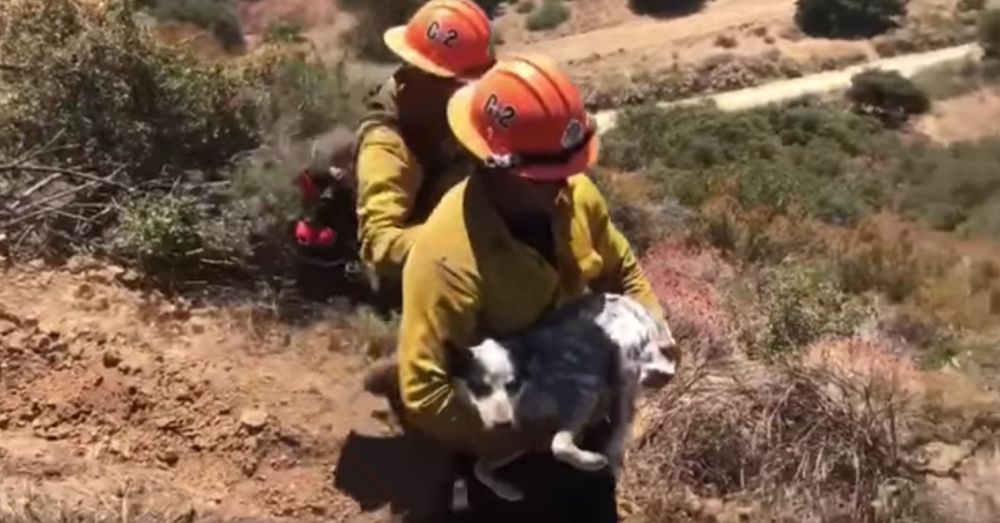 Firefighters managed to lure the pup away from the flames, according to Patch, and even shared their water and part of a sandwich. It wasn’t clear at the time if the dog had been been hurt in the flames, but the grateful dog visibly relaxed when firefighters scooped him up and carry him down the hill to safety.

“Your #OCFA firefighters were able to rescue a lost dog while assisting on the #applefire,” firefighters captioned a video of this rescue, which they posted to Facebook. “Hand-crew firefighters noticed the lost dog and were able to provide the dog food and water while ensuring the dog got off the fire-line safely. The pup was handed off to awaiting animal control personnel.” The dog has since been reunited with his owner, according to KTLA5.

Keep up the good work, guys! We’re so grateful for everything you do to keep our families, pets, and communities safe.