Firefighters in California have been working day and night to extinguish the destructive wildfires. While they are running on no sleep – they still find time to show compassion to those in need. A touching moment was captured when firefighters came upon two distressed donkeys walking down the street.

Earlier in the week, Camp Fire burned the town of Paradise to the ground. The fast-moving flames claimed many human and animal lives, along with homes and buildings. Firefighter Chris Harvey and Sacramento Fire Chief Gary Loesch were driving down a road in Paradise to investigate an accident from a fallen tree, when they came upon two donkeys.


The fact that the donkeys survived the deadly fire was a miracle. The earth around them was charred and they seemed lost as they stumbled down the road. At first, they were just going to wait for them to past, but Harvey noticed how distressed the donkeys were. 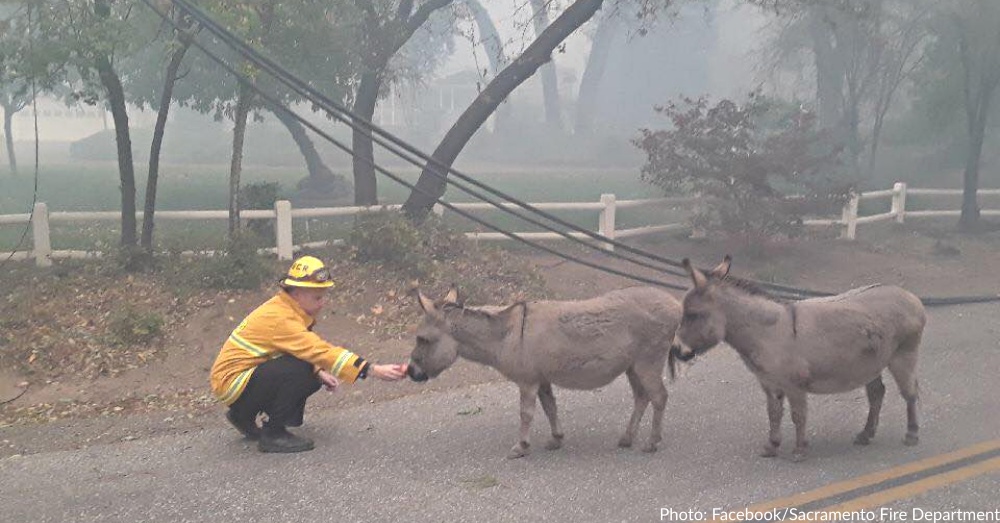 “We pulled over to let them pass, and saw that they looked very tired, worn out and thirsty,” Harvey told The Dodo. “I tried to give them some water in my hand from a water bottle, but it kept spilling out.”

They noticed that the donkeys were in need of more than just water after what they had endured, so he went to the truck and grabbed the apples out of both of their lunch bags. The donkeys immediately gobbled down the apples and it seemed to lift their spirits. The compassion did not go unnoticed by the donkeys.


“They ate the apples quickly and seemed grateful for the snack,” Harvey said. “We called base camp and had them dispatch animal control officers to get the donkeys.”

The firefighters stayed with the donkeys until animal control arrived. Hopefully they will be reunited with their family, but for now they are safe. Thank you to all the brave firefighters and volunteers saving lives! Just when you thought you couldn’t love firefighters even more…they do something like this. 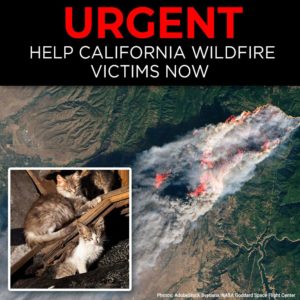