A deer that had fallen through the ice on a frozen pond in Sunriver, Oregon, would not have survived much longer were it not for one brave firefighter and a group of buddies cheering him on.

Sunriver firefighter Jeff “JJ” Johnston led the rescue at the Woodlands Golf Course on December 12, National Geographic reports, using a special sled that helped him safely venture out onto the ice. 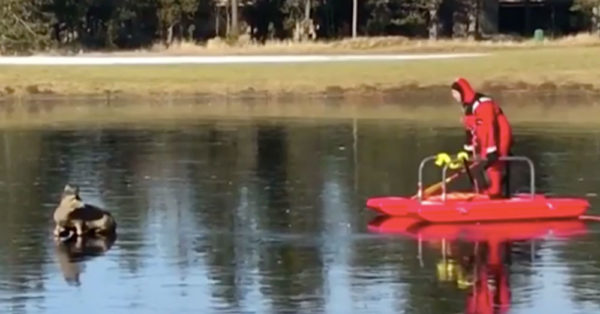 The rescue sled distributed Johnston’s weight across the ice, allowing him to move toward the struggling deer with much less chance of falling through the ice himself. He used the sled to push the deer out of the hole and then to shore. 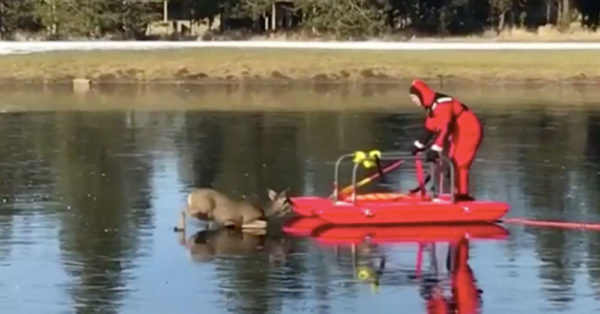 Johnston’s crew cheered as the deer climbed onto land. The animal even paused a bit and looked back to its rescuer, almost as if to say “Thank you!” 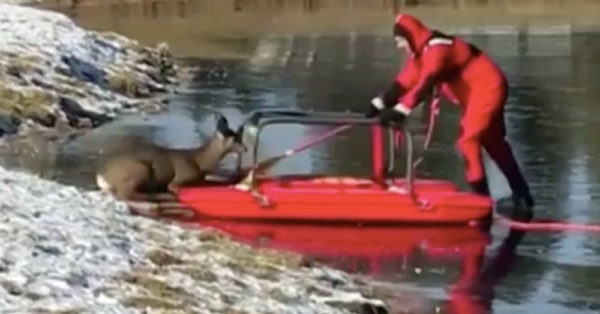 And the deer returned to the safety of the woods.

Firefighters are most often pictured living up to their job titles by protecting people from wildfires and arsonists and responding to emergency situations. Their business is saving lives, and occasionally those lives are pets and wild animals. 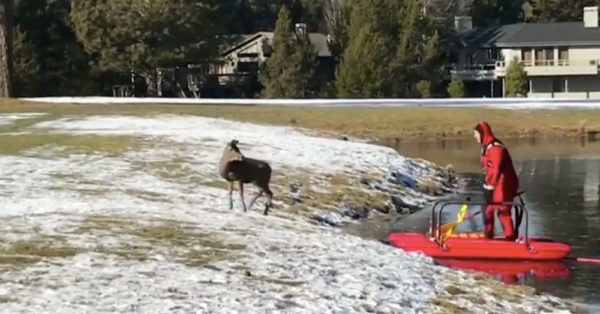 The public service firefighter’s offer is something you can’t place a value on, particularly if you’re a shivering Sunriver deer who’s suddenly decided to avoid icy ponds. We can’t thank firefighter Johnston enough for this courageous act!

Watch the exciting rescue below!

Want to do more to help animals? Here’s your chance! We care deeply about animal welfare and will fight against harmful policies that could roll back recent progress. Click the button below to lend a hand and make a difference!

We care deeply about animal welfare and will fight against harmful policies that could roll back recent progress, including protections for endangered wolves in the Great Lakes and for wolves and other predators on federal lands in Alaska; the bans on horse slaughter and horse soring; federal, state and local laws on animal welfare and agriculture; and more.

Please send a message to the White House to let the new administration know that you care about animals and to urge them to protect animal welfare.