Two-Legged Fifty Passes Away, Leaving Behind A Legacy Of Hope

It’s always hard to say goodbye to those who have given so much. The story of two-legged pit bull Fifty sadly came to an end days ago, leaving behind countless inspired admirers around the world.

Fifty was first brought into the spotlight after he was shot by a police officer, losing both a front and rear leg. After his adoption by Kelly Michael, many commented on Fifty’s Facebook page that it was cruel to let him live. They thought Fifty should be put down, but the dog continued to make us smile through social media and widespread news stories. 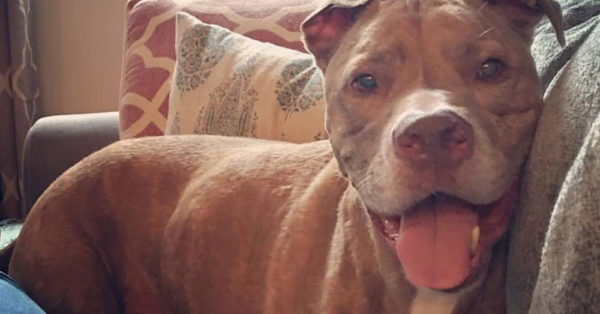 Far from helpless, Fifty assisted his mother in fostering a puppy named Jane after she was found abandoned in Chicago’s Union Station, BarkPost reports.

The 10-years-younger Jane played an important role in Fifty’s life, too. She helped him find patience and compassion during a time when others may have lost hope.

RIP FIFTY! The world of #pitbulls just lost one of its truest ambassadors against #BSL. Thank you FIFTY, you will be greatly missed! 😭😭😭 pic.twitter.com/9xZaTDTykc

Fifty is a “survivor of breed discrimination,” his Facebook page states. Having been targeted and shot for his breed and not his actions, yet living through the ordeal, Fifty stood as a symbol of hope for other dogs who still experience the intolerance of breed-specific laws and stereotypes.

Fifty’s passing leaves a big hole in Michael’s heart, as well as many others. 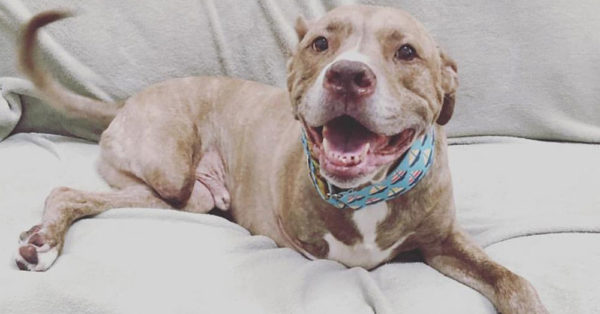 “Rest In peace, Fifty. I love you with every ounce of my being & I am forever grateful for all of the time we had with each other. You will always be my seahorse, my soul pup, my best bud & my whole heart. I miss you every single second of every single day,” Michael wrote on Facebook on August 22. 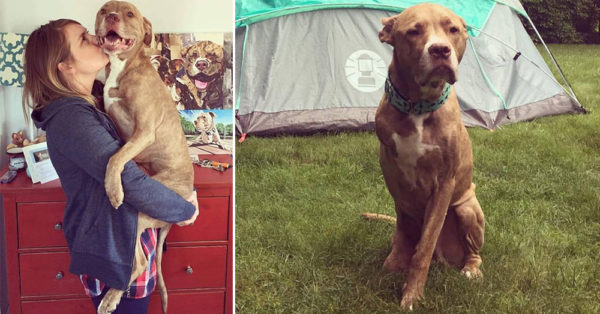 “Thank you to everyone who has shown Fifty & his family love & support over the years,” she continued. “This is just impossible for me to talk about at this time, but I greatly appreciate everyone’s kindness.”

As the world mourns Fifty, owners and advocates of pit bull breeds in the UK are yet facing a battle, as such animals are deemed dangerous. Owners of banned breeds, if found guilty under the Dangerous Dogs Act, can be fined any amount a judge sees fit and sent to prison for up to 6 months while their animals are destroyed. Click the link below to see how you can help!

Since the Dangerous Dogs Act was introduced in the UK in 1991, the region has been rife with horror stories of family dogs being taken from their homes and put to death because their breed has been categorically branded a threat.
It’s clear the intent of the Dangerous Dogs Act does not match its execution at any level. Sign to tell the UK Parliament and British Prime Minister Theresa May that there is no place for BSL in the civilized world!
Make a difference!