Fast-moving wildfires give animals little time to escape. One intelligent feral cat knew that she needed to protect her tiny kittens, so she found a perfect place to hide them until the fire passed.

Sadly, most animals don’t survive such intense flames, but these Concow, California, kittens miraculously survived. One ginger kitten was found shielding and protecting his sister, a tiny black kitten. 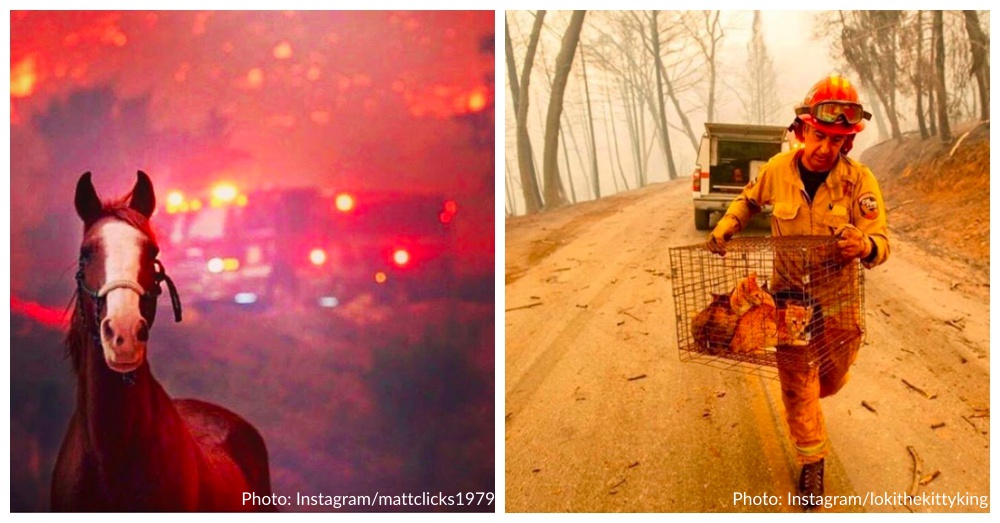 Shayla Sullivan, an animal rescuer searching for other survivors of that same wildfire, noticed the kittens and a feral mother cat while she was loading horses into a trailer. But when she tried to approach, the kittens ran into a wood-burning stove and the mother cat ran off.

Shayla and her fellow rescuers believed that the mother cat hid her kittens in the stove to protect them from lurking coyotes. However, that wood-burning stove saved their lives when the fire moved through and burned everything else to the ground. 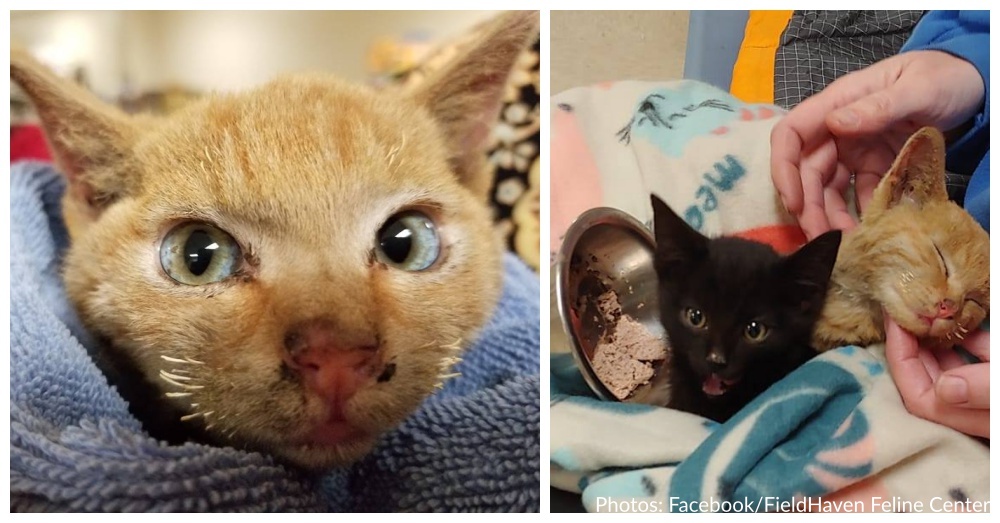 “Ironically, they were in a wood stove when they survived the fire,” Shayla told Love Meow.

One of the rescuers reached into the stove and gently removed the two kittens. The tiny ginger kitten had suffered some burns and needed medical attention. Both kittens were brought to FieldHaven Feline Center by Shayla’s friends, while she transported the horses to safety.

The kittens were terrified and shivering. “The people at FieldHaven were wonderful. They put them in warm towels and started getting them IV fluids right away,” Shayla said. “They told me that the little orange one probably wouldn’t have made it one more night.”

The kittens were named Ashlee (black kitten), and Phoenix (orange kitten) by the staff. Phoenix would lay on top of Ashlee protecting her. The two were inseparable. “Phoenix has no whiskers because they were burned off. We’ve tended to all four of his paws that were badly burned. All of his fur is singed. Last night Phoenix kept throwing his body over Ashlee. He’s very protective of her,” posted the staff at FieldHaven.

The staff believes that Phoenix shielded his sister from the flames by laying on top of her. It explains how he was burned but Ashlee was unharmed. Once they realized that they were safe, they relaxed and started to heal.