Feral cats are not the most adoptable. With shelters brimming with cats, it can be hard for feral cats to get the attention and time they need. Sadly, many end up on “death row”.

Feral cats are used to providing for themselves and not relying on humans. They are wary of people and do not seek interactions with them. These traits make them hard to adopt into loving homes. Feral cats just need extra time to get accustomed to kind humans and most will turn into purring companions. 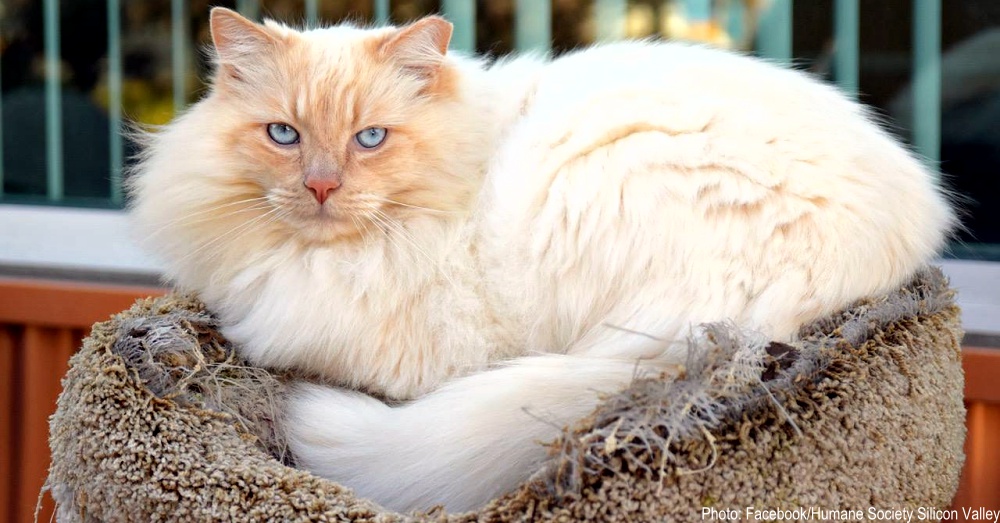 The Humane Society of Silicon Valley was determined to help save the lives of feral cats. A fenced in garden located next to the shelter, called Marilyn & Fred Anderson Community Cat Garden, is saving hundreds of feral cats. The local feral cat population is estimated at 125,000.

Feral cats that are brought to the shelter are introduced to the garden, after they spend a week in a crate getting used to a human voice. Cat whisperer, Lorrie Sprain, whispers softly to the new feral cats, reassuring them that they are safe.

Patience is key when working with feral cats. They have to learn to trust and rely on humans. “You have to have patience, and you can get them to come out and eventually you can pet them,” Sprain told ABC7 News. “You can sit in the chair and pet them. We had a few that we coaxed into our VP of HR’s office, and the cat got so comfortable, he would sit in her chair.”


The shelter has found that the process takes roughly a month before the feral cat starts to warm up to humans.

“A feral cat coming into a shelter is actually a death sentence because there aren’t alternatives in some cases for those animals,” said Carol Novello, president of the Humane Society of Silicon Valley. “So we wanted to come up with an alternative so that those animals were given the second chance that they deserve.”

The innovative method and garden have saved 260 feral cats so far. Each one has found a loving home. The success of the garden has led to additional funding to expand it to house 24 cats at a time.