Tough Love: How One Former Feral Found Room In His Heart to Foster Kittens

But that wasn’t the case with Grandpa Mason, a battle-weary feral feline. He was scooped up by Tiny Kittens, a B.C.-based animal rescue that saved Mason and scores of other ferals from an abandoned barn on the eve of its demolition. The limping stray bore the usual hallmarks of an animal who’d spent his life outside: numerous infections, bad teeth, a tail broken in multiple places, a tumor on his right paw, and a street-fighting attitude the Canadian staff kindly described as “fierce.” 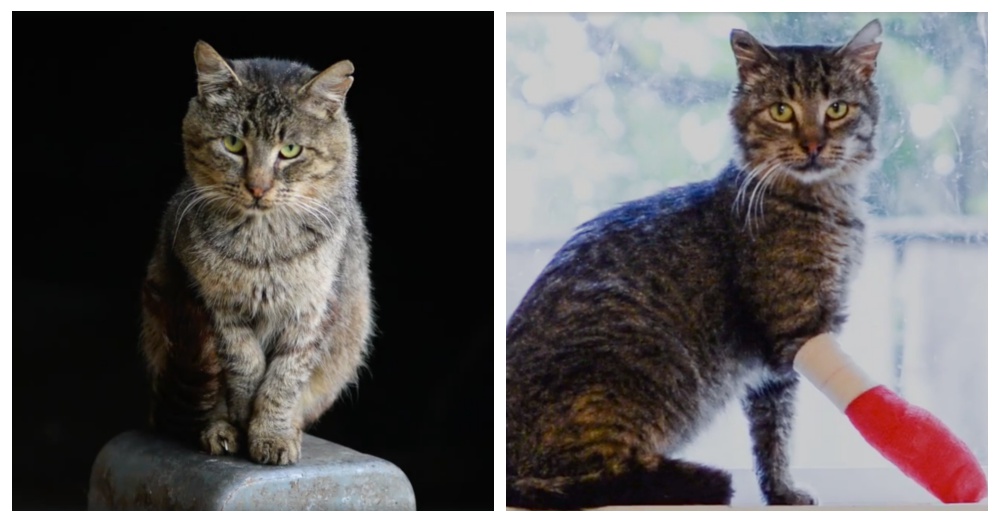 Bloodwork revealed this aging street fighter — one of the oldest alley cats Tiny Kittens had ever seen — also suffered from advanced kidney disease. The terminal diagnosis compelled one volunteer to invite Mason home; it didn’t seem fair to release him back into his feral colony with this condition.

Back at the house, Mason continued to shun human contact, which is understandable considering he’d spent most of his life on B.C.’s cold Canadian streets. Tiny Kittens was tickled to note, however, that Mason’s fierce demeanor didn’t extend to his own kind. In fact he seemed to crave the company of the kittens his foster family was caring for, so much so that the group put up a Craigslist post calling for 4-week-old cats after Mason’s original foster litter was adopted out. 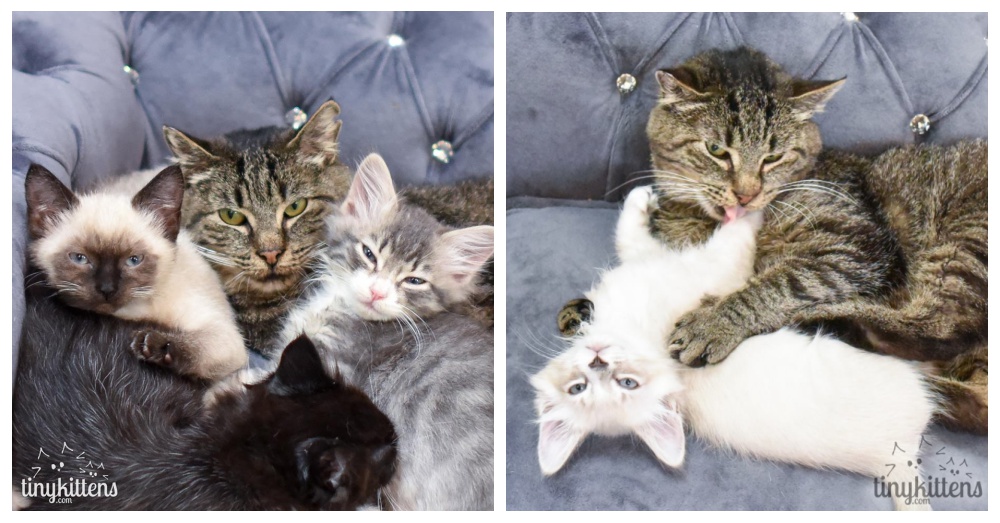 Nobody is sure how much time Mason has left, but Tiny Kittens reports that plenty of people have reached out to say they are inspired by his rags-to-riches story. The old cat’s redemptive tale further segues into an important conversation about Trap-Neuter-Release, which involves neutering or spaying rescued ferals before returning them to their colonies. Unlike traditional catch-and-kill methods, TNR is a compassionate and sustainable approach proven to reduce feral cat colonies over time.

Watch the video below, courtesy of Tiny Kittens, to see this tough old grandpa cuddling with his foster kittens!

Click ‘Next’ to learn about common misconceptions regarding feral cats!