The connection between animals and positive emotions is well documented. Whether helping a veteran with PTSD, or helping people conquer their anger issues, animals have a way of getting through to us when other people can't. That knowledge is what A Fair Shake For Youth tries to put to use with their programs. A Fair Shake For Youth brings dogs into middle-schools in order to help build self-esteem and empathy among youth that are living in poverty. According to their mission statement, for “the 31% of New York City kids growing up in poverty the challenges are often even greater… abuse, neglect, inadequate healthcare, poor schools and housing, a parent in prison. Kids may miss the foundations for empathy–unconditional love, having one's physical and emotional needs met and feeling safe.” And the results speak for themselves! 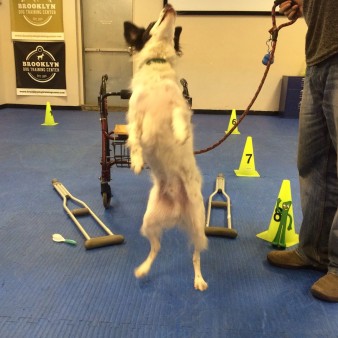 Based in NYC, A Fair Shake For Youth is a 10-week program that brings therapy dogs to middle schools across the city with the goal of teaching empathy and care by having the kids work with the dogs. Children spend 10 weeks with the dogs taking part in numerous activities, including hands-on exercises, in order to build trust between child and canine. The kids also get an extensive education about shelters and rescue efforts, breed discrimination, the impact of stray and abandoned animals, and more. Outside the hands-on work, there are also demonstrations, videos, and field trips to help round out the experience. 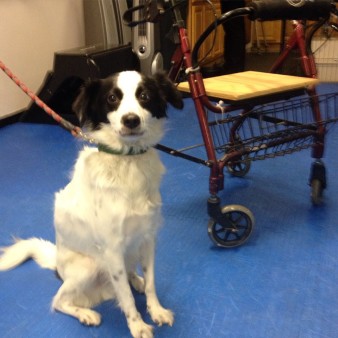 There have been countless studies showing the effect dogs have on their humans. From helping to alleviate depression, lowering blood pressure, and a correlation between lower cholesterol in pet owners to the simple rise in serotonin and dopamine when you're around your pup, it is clear that just being around the animals has a positive effect on the children.

A Fair Shake For Youth makes sure that their teams are registered and certified, along with the animals. They even offer scholarships to dogs that need proper training for those that can't afford the training on their own. Here's hoping the program catches on outside of New York!