More than 270 dogs were removed from an extreme hoarding situation in New Jersey recently, some actually birthing even more as investigators began assessing the property. Monmouth County SPCA chief Ross Licitra said the situation was dire.

“Upon investigation, we realized really quickly this is absolutely the worst hoarding situation we’ve seen in Monmouth County,” Licitra said.

Dealing with both the overwhelming smell and the difficulty in handling so many small dogs, the police began removing the dogs at 9:30 a.m. the morning of June 3. Assisted by the Monmouth County SPCA and Associated Humane Society, it took 15 hours to clear the house of dogs.

The middle-aged couple who owned the home cooperated with authorities, and stayed inside as dogs were taken out. According to NJ.com, acting Monmouth County Prosecutor Christopher Gramiccioni has said the homeowners, could face a number of charges, from disorderly person offenses to much more serious crimes if any of the dogs were found harmed.

Many of the dogs had little to no health issues, Licitra said, although rescue workers had to escort some to emergency veterinary care. 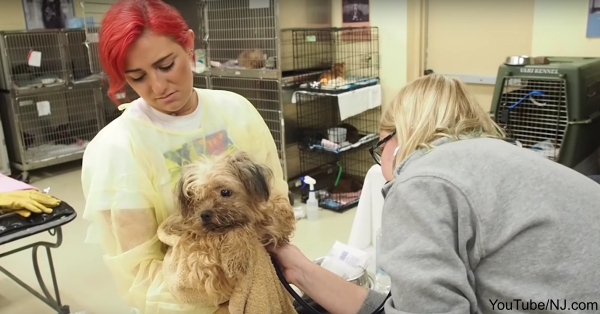 As of June 8, some of the dogs had already been adopted from the Monmouth County SPCA, which reported a final tally of 276 dogs rescued from the home.

Food is one of the most vital needs that all shelters and rescues have. No matter how dedicated the volunteers, no matter how great the veterinary care, food remains the most important item. It is also the most expensive and difficult to acquire. Most shelters depend on the generosity of their communities, but often that isn’t enough. Follow this link to find out how you can help provide meals for rescue animals in need.