Hope For Paws, an animal rescue organization, received a call about an abandoned dog who had been living in a park. They noticed that she was lactating, which meant she had a litter of puppies somewhere in the area.

One of the rescuers held out food, hoping to coax her to come closer. Although she was very scared, the dog came to take the food from her hand because she was so hungry. She fed her a little more and tried to gain her trust. Then she gently slipped the snare around her. 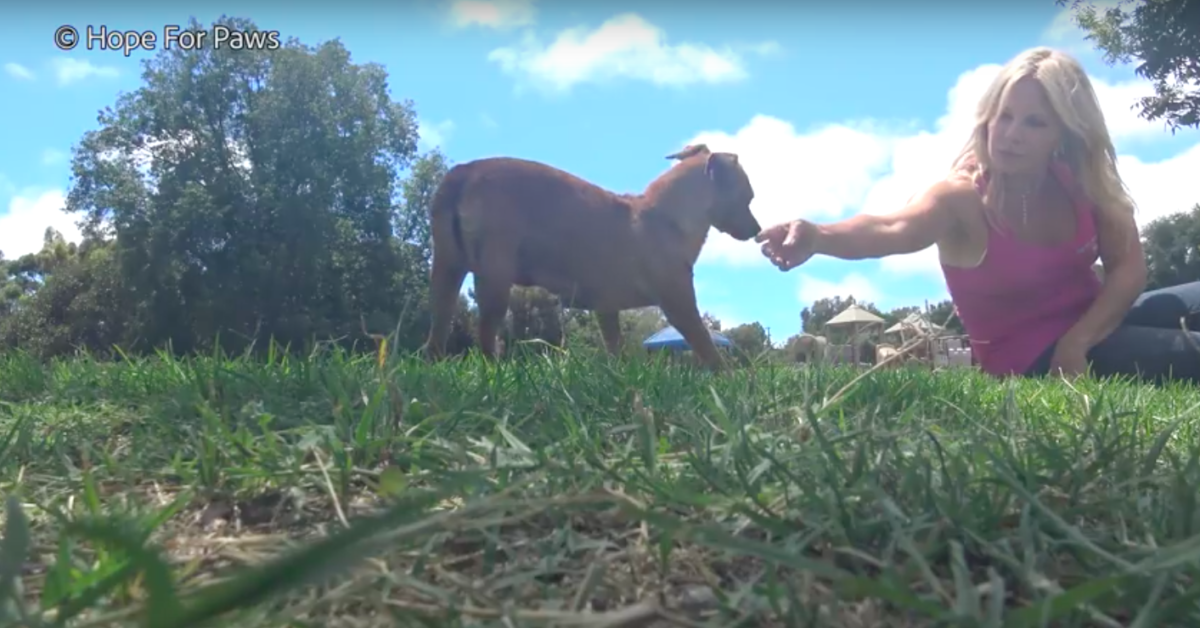 The dog, who they named Esme, was surprisingly calm and allowed the rescuer to pet her. This was probably the first affection that she has felt in a long time and she was actually enjoying it. 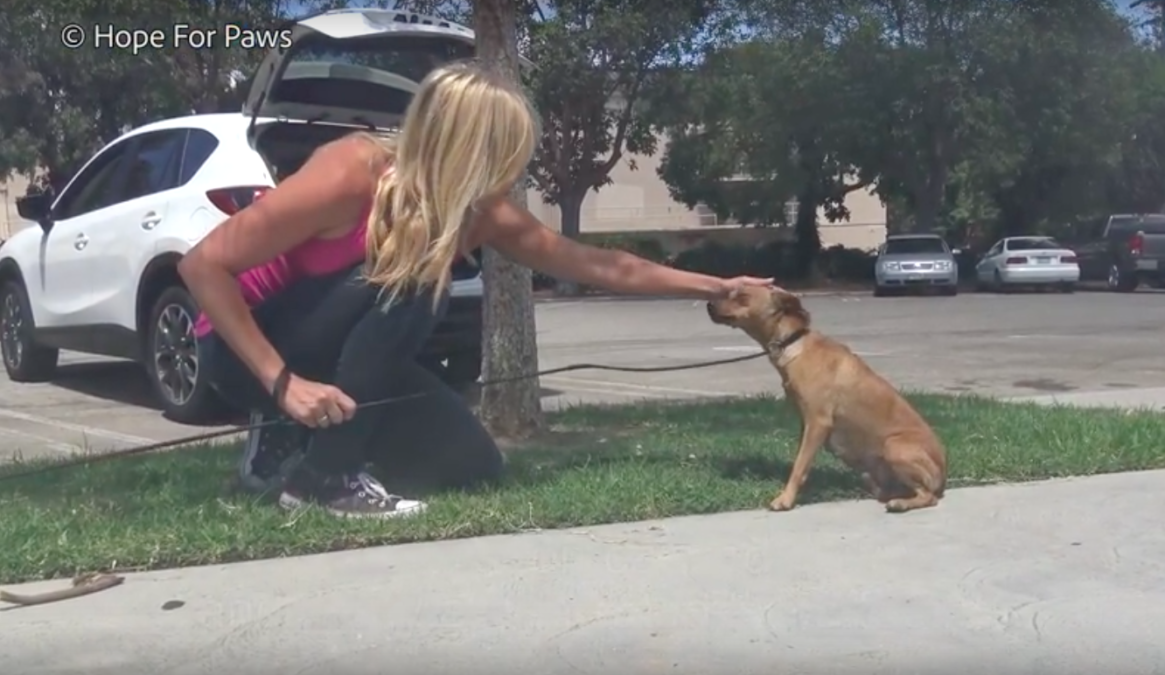 Now that Esme was safe, it was time to look for her puppies. They could be anywhere, so they really needed Esme to show them where they were. In order to do this, they played sounds of yelping puppies from YouTube to encourage her to lead rescuers to them. Unfortunately, they never found any puppies. It’s unknown what happened to them, but it’s likely that the people who dumped Esme just used her for breeding and kept the puppies.

It’s sad that Esme is without her puppies, but what matters most is that she is now safe, healthy and loved! And best of all? Art N’ Paws Rescue helped Esme find a loving forever home! 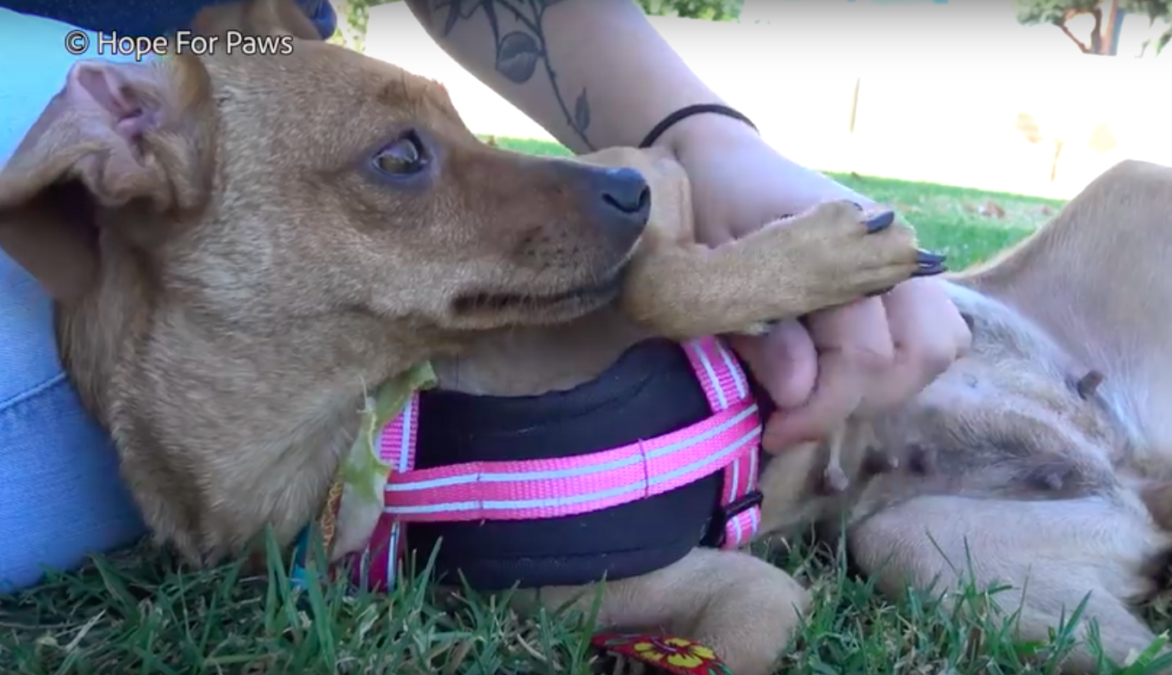 Esme was once unwanted and thrown away like trash, but now she never has to worry about being abandoned ever again. Watch her rescue and transformation in the video below: