A 21-year-old endangered black rhinoceros named Circe gave birth to a healthy male calf on February 24th at Zoo Miami. However, no one has seen the baby – until now.

The mama and baby have spent the past month out of the public eye to bond and grow.

“Mother and calf have remained off exhibit since the birth where they have been kept sheltered from external stresses and given time to properly bond. During that time, Circe has been a very protective mother and the calf has been nursing regularly while growing rapidly and gaining strength for his public debut,” posted the zoo.

The pair made their public debut this week and wildlife photographer, Ron Magill, captured adorable photos that were shared on social media.

He tweeted, “What a privilege to be able to photograph these special moments with such amazing and beautiful animals!”

So happy to officially announce the birth of a highly endangered black rhino at Zoo Miami! What a privilege to be able to photograph these special moments with such amazing and beautiful animals! #nikonambassador pic.twitter.com/mENueLiu2L

The zoo said the baby, which has not been named yet, and Circe will be on display for a couple hours in the morning as the baby gets familiar with the new environment.

This is Circe’s fourth baby and the zoo has had an “impressive 13 successful black rhino births under human care”.

Black rhinos are still considered critically endangered due to poachers targeting them for their horns and habitat loss.

Their numbers have doubled over the past few decades to a little more than 5,000 in the wild. But measures still need to be taken to preserve these magnificent creatures.

Zoo visitors are sure to pause and marvel at the massive herbivores with their hooked upper lip, which is the major difference between black and white rhinos.

You can help protect rhinos by signing the petition below to ban the trade of rhino horns in South Africa. 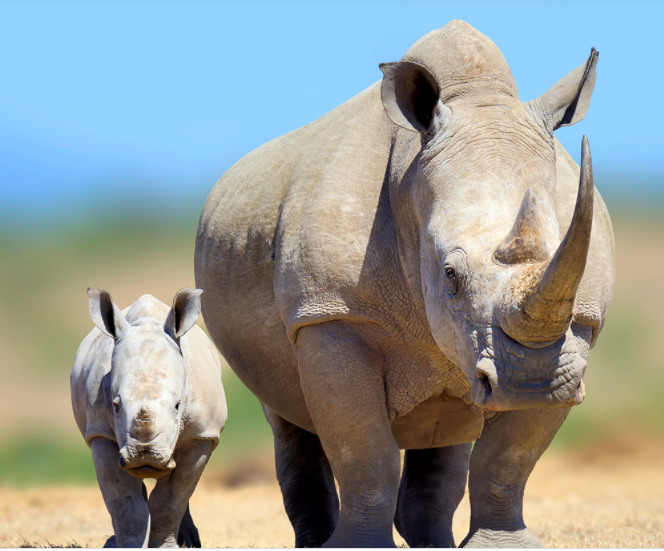 About three rhinos a day are killed by poachers for their horns.
Currently, almost 70 percent of the world’s rhino population is located in South Africa, where a ban on the sales of rhino horns could make the greatest impact.
We need to protect them! Click to make a difference.