Avian influenza was first detected in the US in January and has since spread to at least 32 states, resulting in the death of more than 38 million chickens and turkeys and triggering a spike in egg prices.

The virus has a near 100 percent mortality rate among infected poultry, according to the American College of Veterinary Pathologists, and can spread rapidly among birds, especially in packed industrial farming conditions.

As the CDC reports, avian influenza is believed to pose little threat to humans. It only rarely spills over to people, and only to those who come into close contact with infected birds.

In the U.S., poultry farmers across the country are killing chickens en masse to stop the spread of Avian Influenza, the New York Times reports.

As The Guardian reports, during the last bird flu epidemic in 2015, some 50 million farmed birds were killed in the US, mainly by carbon dioxide poisoning or smothered in a blanket of firefighting foam.

Now, farmers are opting for more horrific methods, like ventilation shutdown plus (VSD+), the practice of sealing all ventilation points and adding heat to suffocate animals.

VSD+ kills animals through an agonizing process of total ventilation shutdown accelerated by heat, humidity and carbon dioxide. Animals are forced into heat stroke or cardiac arrest before suffocation.

At one farm in Iowa where a case of avian influenza was discovered, workers arrived to find 5.3 million birds killed by VSD+, while they were still in their cages, The Guardian reports.

“They cooked those birds alive,” said one of the workers involved in the culling. “Once they’re dead, we had to take them out by hand one by one, put them in a wheelbarrow. That’s really intense manual labour. They are not very big cages. Twelve chickens are crammed in there. Awful conditions.”

The workers spent their last days piling the poultry carcasses into a mass grave before they were all told to find other jobs.

The American Veterinary Medical Association (AVMA) depopulation guidelines currently permits the use of VSD+. AVMA poultry guidelines actually suggest using VSD+ in circumstances when heat can be kept at deadly temperatures for a minimum of three hours.

However, many veterinarians do not support this method of killing animals. As the ASPCA repots, in 2020, nearly 3,000 veterinary professionals called on the AVMA to end this barbaric practice.

“Thousands of veterinary professionals are calling on the AVMA to put forward clear guidance that deters the use of this undeniably and unacceptably cruel practice,” said Dr. Camille DeClementi, VMD, Vice President of the ASPCA Animal Hospital. “With COVID-19 cases on the rise and countless numbers of animals at risk, the AVMA must step into its responsibility to draw a clear line around VSD in all its forms, and advocate instead for the use of more humane alternative methods.”

Millions of birds are at risk of being inhumanely killed. Their last moments should not be in agony. Help us ask the AVMA to update their guidelines and reject using VSD or VSD+. Click below to make a difference. 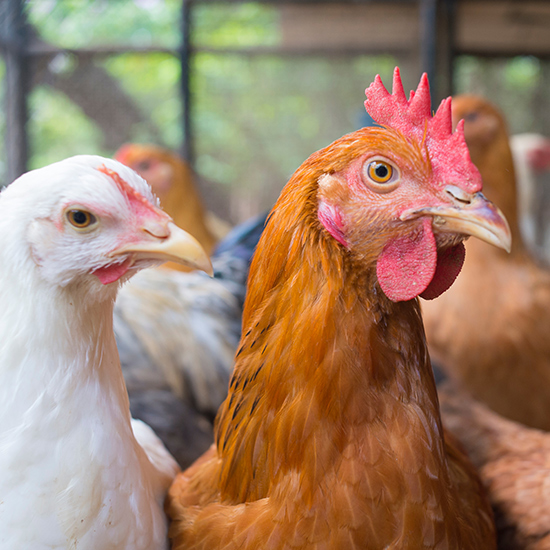 Animals are being killed by gassing, suffocation by foam, and worst of all, ventilation shutdown plus (VSD+), the practice of sealing all ventilation points and adding heat to suffocate animals.

Sign the petition and help us call on the AVMA to reject the use of VSD or VSD+ in poultry depopulation!