Navy Divers Rescue Drowning Elephant Who Was Washed Out To Sea

This is certainly not a story you hear every day.

An elephant found himself drowning in the Indian Ocean after he was swept five miles out to sea by a strong current.

Sailors from the Sri Lanka navy spent 12 long hours rescuing the struggling elephant from the water. Elephants are known to be good swimmers, but this poor guy became exhausted after being stranded and treading water out there for so long. 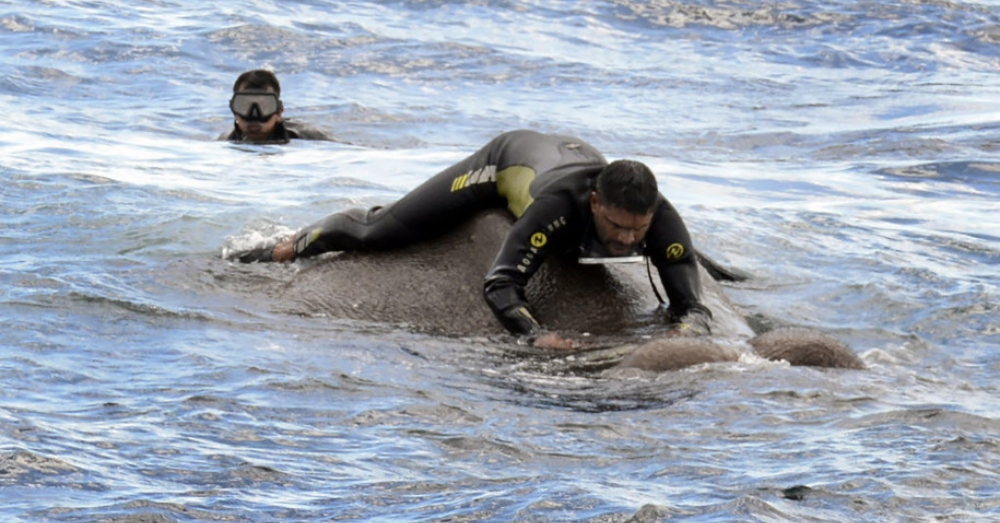 The long rescue began after the navy spotted the elephant franticly trying to keep his trunk above the water. They didn’t even hesitate to help him and knew they had to act quickly if they wanted to save him.

Navy divers, along with wildlife officials, got close to the distressed elephant and tied ropes around him. They then worked together to gently tow him back to the coast. After examining him and giving him a clean bill of health, they eventually released him back into the wild. 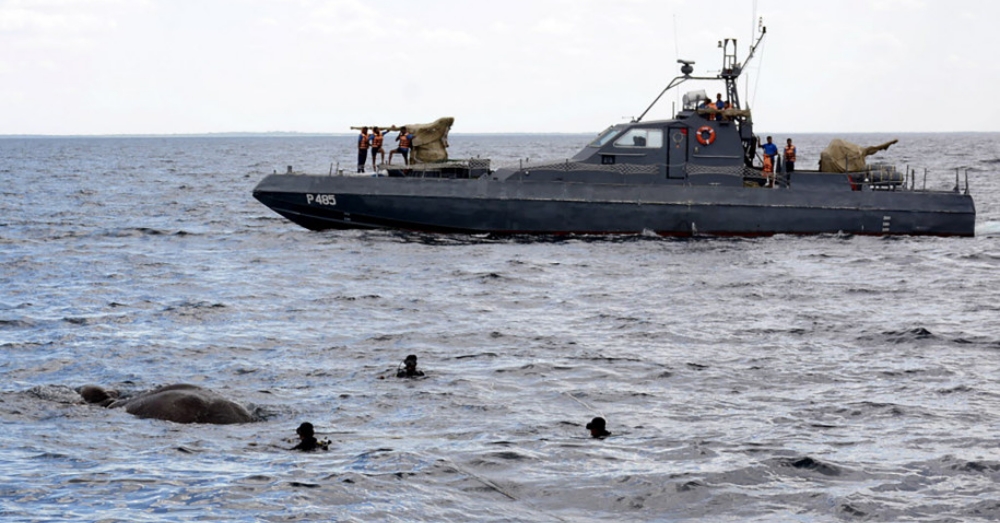 The navy believes that the elephant may have gotten swept out to sea while he was crossing the Kokkilai lagoon, a long stretch of water between two areas of jungle that elephants swim across as a shortcut.

Thankfully the navy was out there and spotted the poor elephant or he may have eventually drowned. The rescue wasn’t easy, but the divers refused to give up until they brought him to safety. A huge thank you to the Sri Lanka navy for helping this poor elephant out! 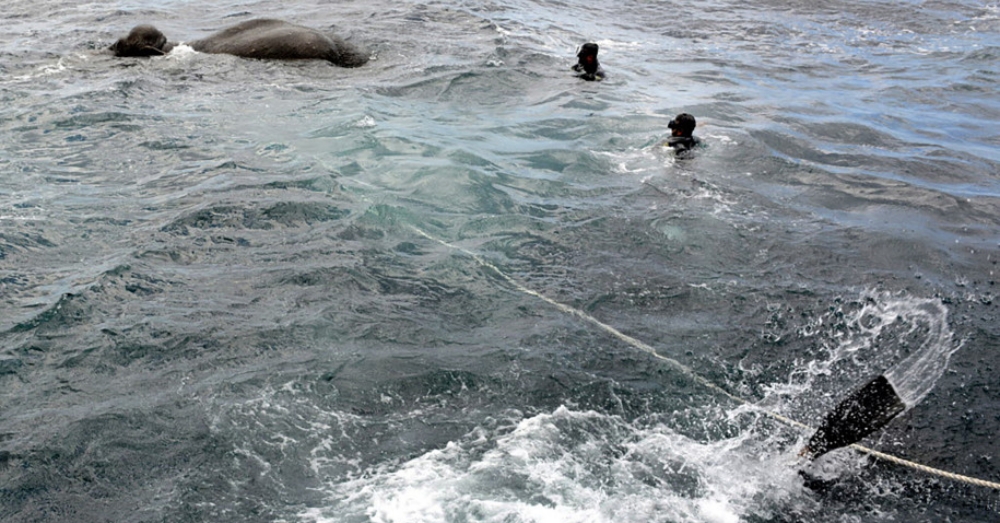 Watch the long, brave rescue in the video below: