Cats have an amazing ability to reduce stress and nuzzle their way into our hearts. We cannot imagine life without them. Sadly, a family of firefighters and EMS members in San Francisco had their beloved resident cat taken away by a cruel complaint.

When Edna, a stray tortoiseshell kitten, wandered into San Francisco’s Fire Station 49, the fire department took in the kitten. She has been part of the family ever since. But then the department received an anonymous complaint about the cat living in the station, firefighters were abruptly informed that Edna had to leave. 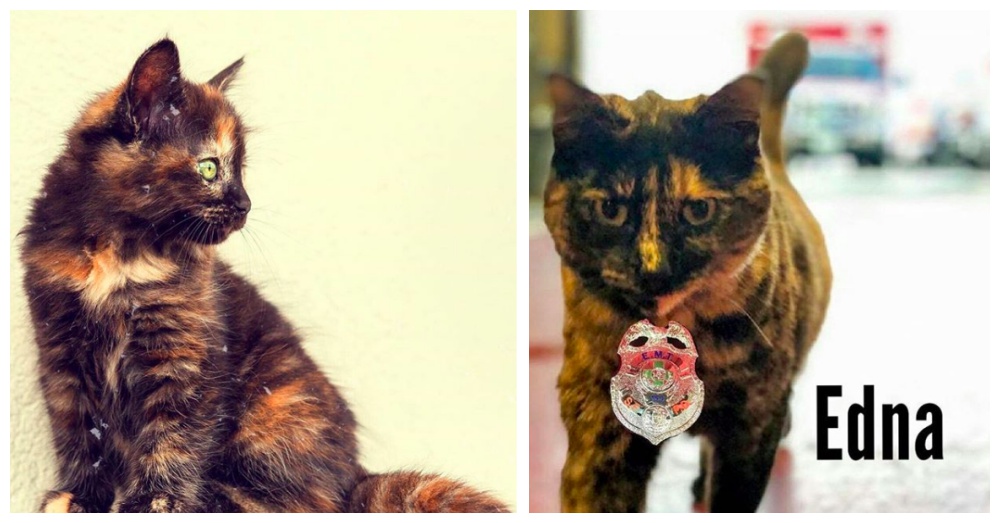 The firefighters were devastated and took to social media for help. Edna has her own Instagram page that had followers from around the world petitioning for her to remain at the station. The department asked their followers to email to fight for Edna to stay at the station. The friendly cat welcomed each person with a meow and was often found snuggled in the laps of her co-workers. She not only caught mice and chased birds, but provided much needed therapy to the firefighters. 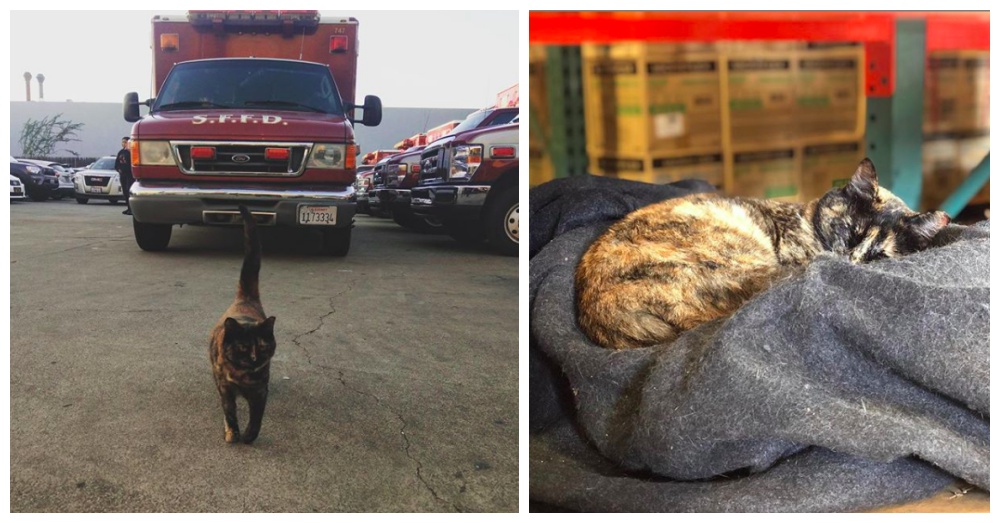 An investigation was conducted after the complaint and it resulted in Edna needing to find a new home. The San Francisco Fire Department released a statement saying, “that the workplace in question is not a fire station, but an ambulance deployment facility where medical supplies, equipment and pharmaceuticals used by ambulance staff are housed. An investigation concluded that having the cat in the facility compromised the sterility of supplies and equipment used on patients.” 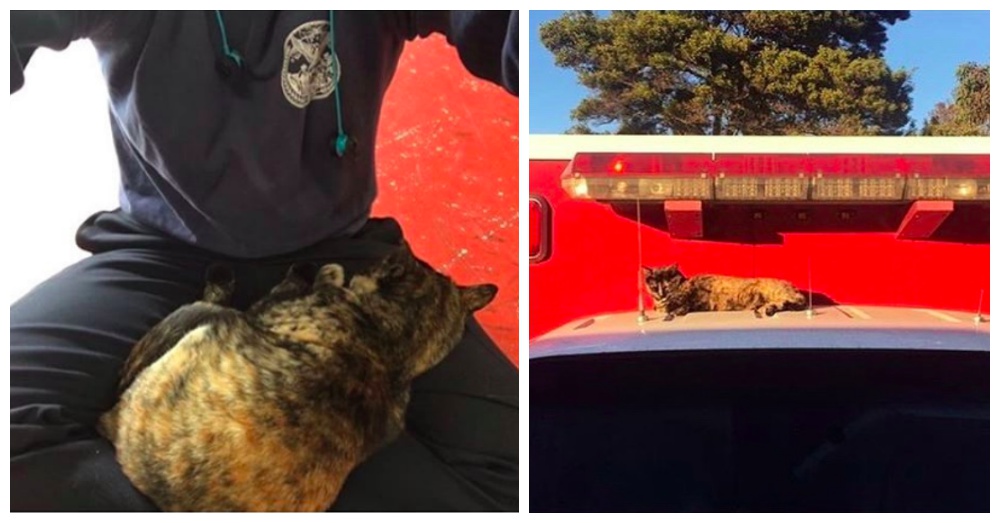 Edna was even certified as a resident therapy cat as part of a last-ditch effort to prevent her eviction. Sadly, it was not enough to keep Edna at the station. “Leaving Sta49. She has somewhere to go now but it just sucks to uproot a once feral cat from her home of 5yrs and one that she could come and go as she pleased but chose to stay with unlimited 24/7 loving from 200+ amazing EMS members. All this over an “anonymous” complaint that was made with malicious intent,” was posted to Instagram along with a sad photo of Edna looking back at the station out of a car window. 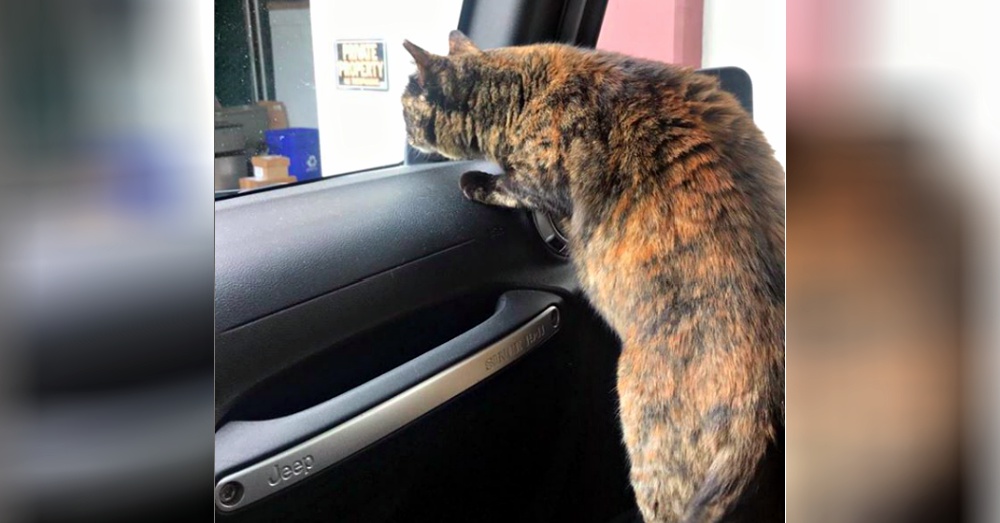 Thankfully someone who loved and knew Edna stepped up to adopt her. “We are happy to report that a member of the Ambulance Deployment Facility has volunteered to adopt the cat as a pet at home, where she will be well cared for,” the department said in a statement. While the department was happy that Edna found a home, they were heartbroken that she would no longer be at the station.

Calico Kitten Pleads With Firefighters For Shelter From Winter Storm: Click “Next” below!