What little time Edie had left was anything but comfortable for the frightened dog scheduled for euthanasia.

Labeled “too aggressive” at a shelter, Edie was about to be put to sleep when Eldad Hagar and his Hope For Paws rescue team intervened.

Cowering in a corner as Eldad gently placed a leash around her, Edie was so scared she defecated, her yelps signaling the uneasiness she felt facing the horrifying unknown. 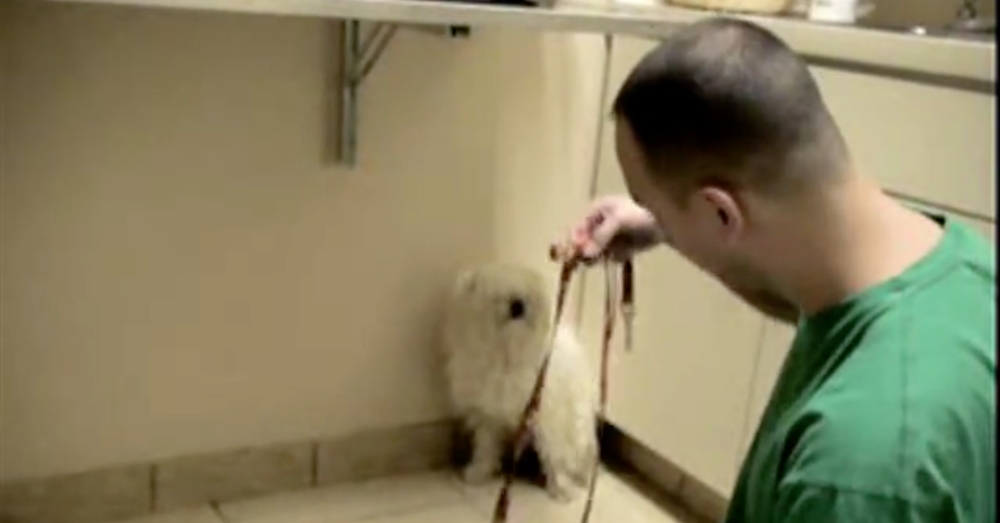 A deeper need became evident as Eldad reached out to comfort Edie. It only took a few strokes before the dog was calm and subdued in the man’s arms.

Edie only needed the reassuring touch of a caring human to bring her out of her shell of aggression.

Once subdued and saved from euthanasia, only minutes before her time was up, Edie was brought to a Hope For Paws shelter where she was groomed and cared for with compassionate hands.

Bronwyne Mirkovich was eventually able to adopt Edie less than a week later through Hope For Paws, giving her a new lease on life and the love she truly needed. A road trip to San Marino, CA, was all that stood between Edie and her new forever home, where Mirkovich was able to capture the dog enjoying the California sun.

Edie’s happy ending will sadly not be experienced by many shelter dogs, which is why it’s so important to shed light on the countless dogs in shelters still waiting for the same glimmer of hope. Adopt, don’t shop!

Check out Edie’s amazing transformation in the video below!