Cat Named Duchess Gives Birth To The Rest Of ‘The Aristocats’ 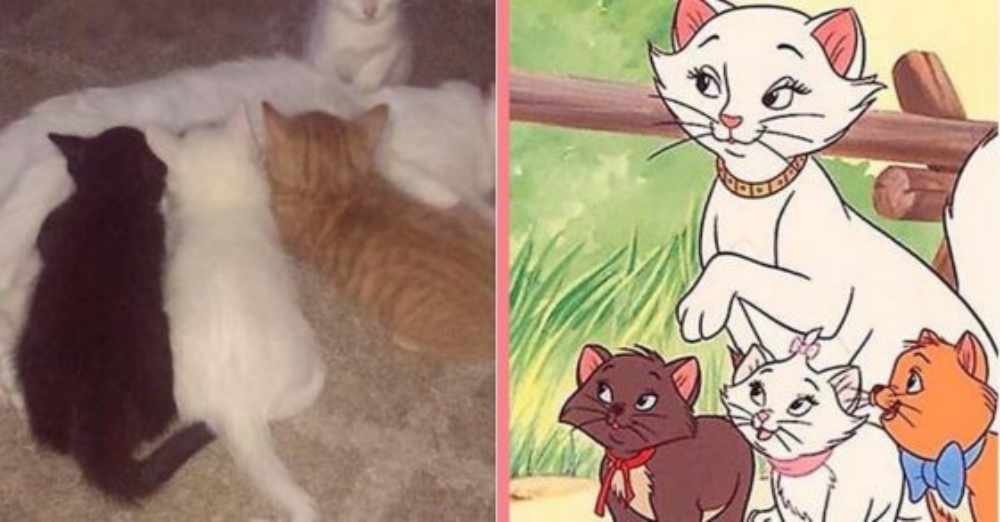 Yes, there is a real-life cat named Duchess who gave birth to the rest of The Aristocats, a group of rad kitties you may remember from an iconic 1970s animated film. Shelby Sewell-Lopez from East Texas adopted the white cat in 2018. Although the cat held the name Glamour originally, her life was anything but glamorous. The cat allegedly was very frail, had a hernia, and had just about every parasite you can imagine.

“Through all of the rehabilitating, she kept her calm demeanor, and a beautiful cat emerged,” her owner says. “She is unbothered by everything except the vacuum cleaner!”

Check out these adorable photos of ‘The Aristocats’ 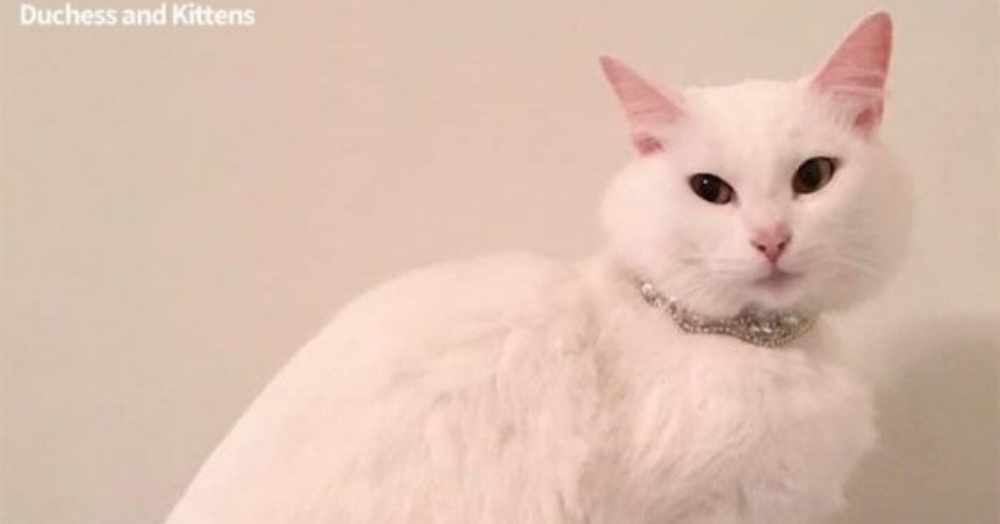 One day, after bringing Duchess home, Shelby discovered the cat hiding in a closet. She soon realized that Duchess had actually given birth to not one, not two, but three different-colored kittens (and a bonus kitten)! Shelby was previously under the impression that her cat had been spayed, but that was obviously not the case.

First came Berlioz, who Shelby first thought was a mouse. Following Berlioz were Marie and Toulouse. Shelby thought Duchess was done there, but nope! They got a bonus kitten that Shelby named Blue. Shelby notes that Marie, Toulouse, and Berlioz all have striking similarities to the cats from The Aristocats film.

Side by side photos really shows the resemblance! 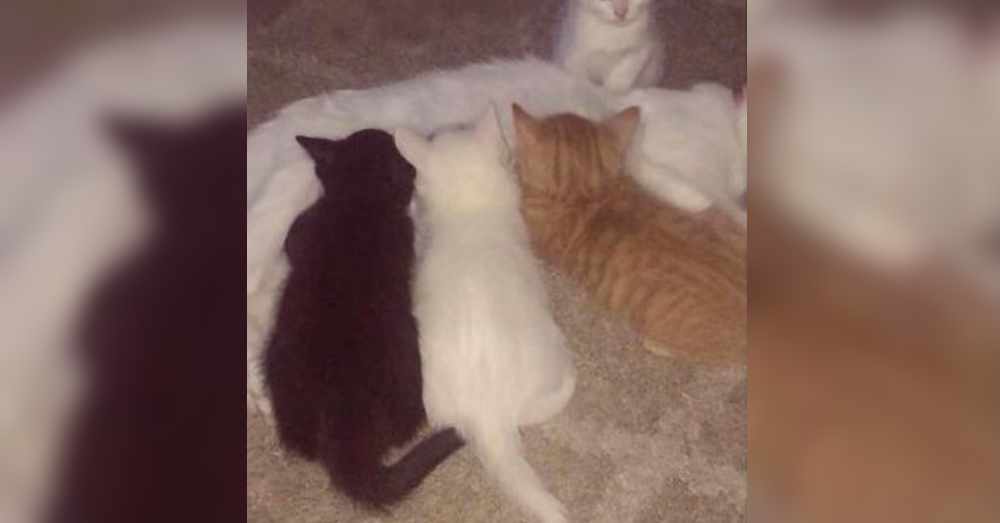 Don’t believe us? Take a good solid look at the photo above. Then check out the cats from The Aristocats film. 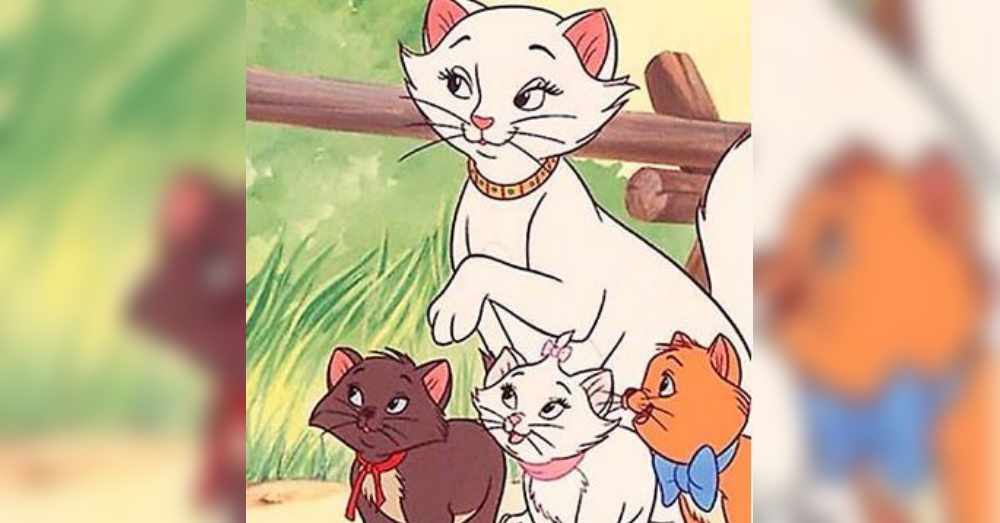 Shelby even went as far as to dress up her kittens just like the ones from the film. The results are amazing! 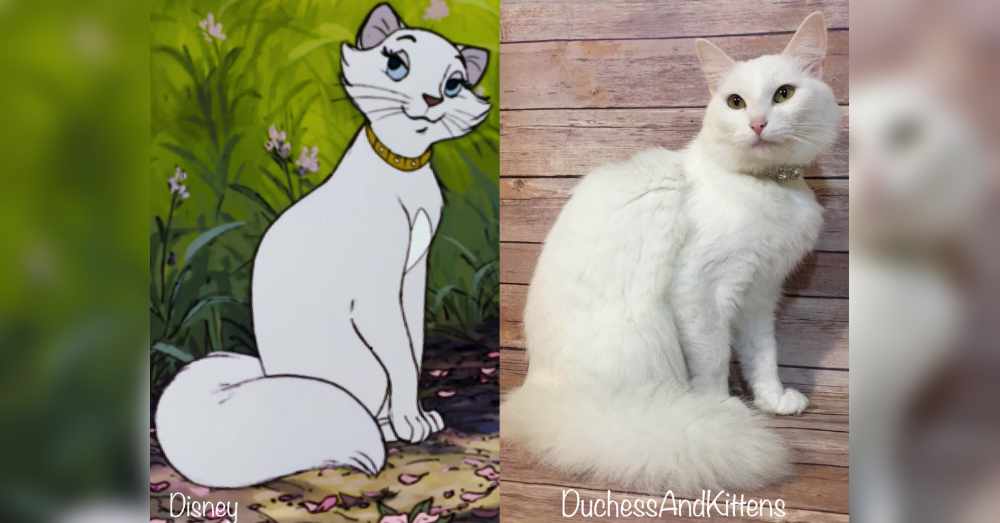 Here’s Duchess, followed by the rest of the crew! 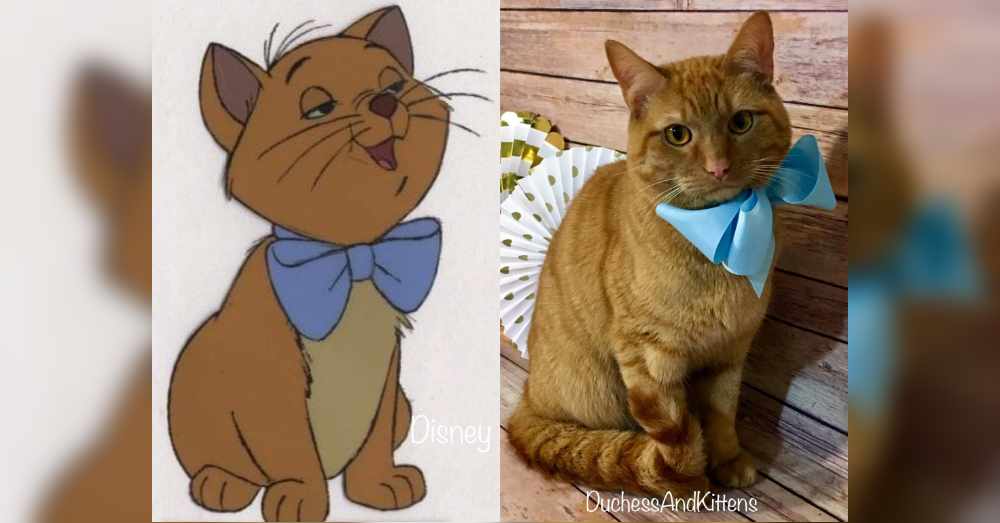 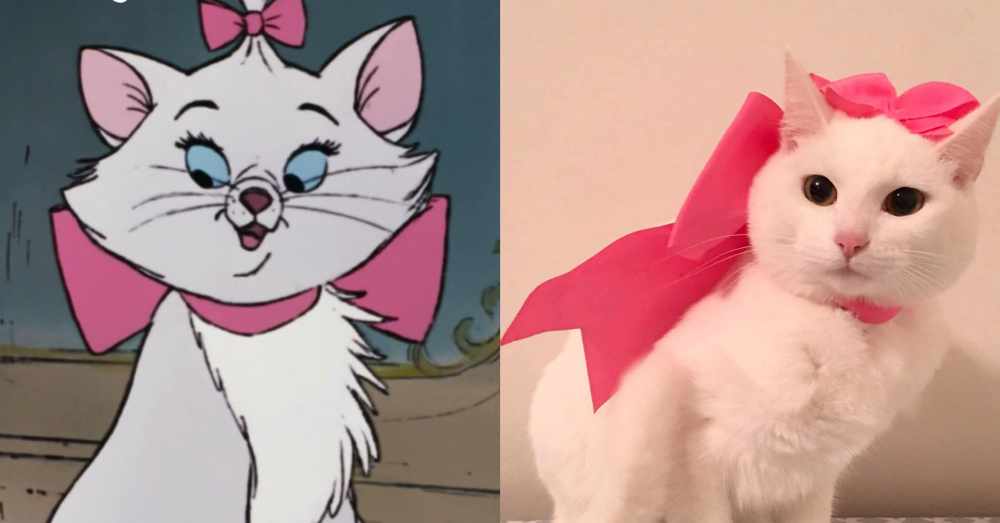 Marie is such a diva! 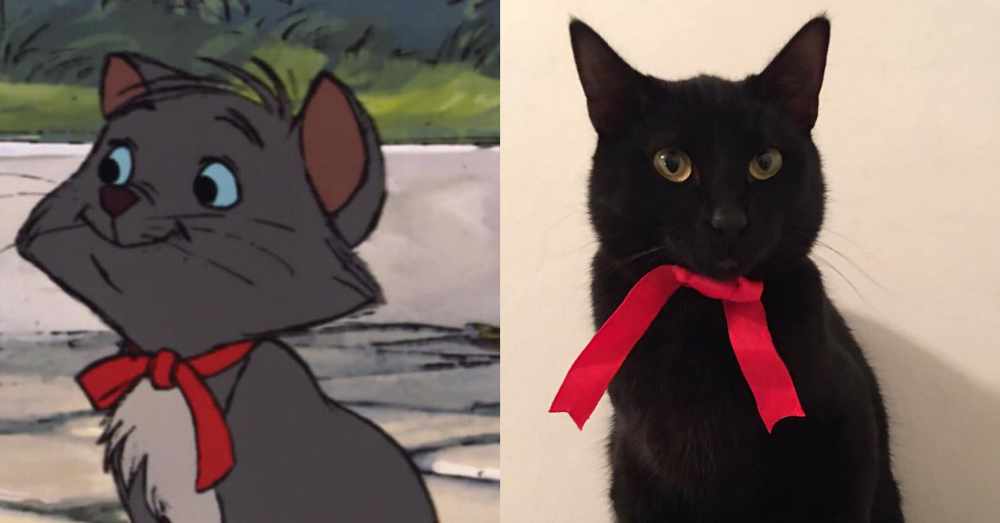 Can you believe how similar they look to The Aristocats characters? Be sure to visit their official Facebook page to see more adorable photos of them.

Goose The Cat Is The Only Reason To See Marvel Movies Now, And Here’s The Poster To Prove It: Click “Next” below!