An orphaned elephant named Ellie has found a safe haven at a rhino orphanage after his herd abandoned him when he was just a baby. Ellie was in rough shape both physically and mentally when the Thula Thula Rhino Orphanage in Zululand, South Africa, found him. He had a deadly umbilical abscess that was infected, which was likely the reason his herd left him. 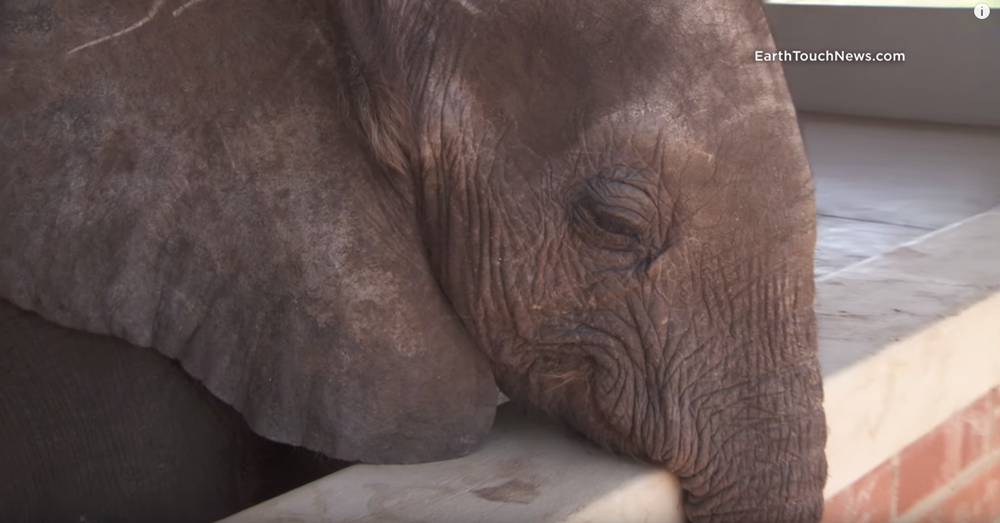 After Ellie arrived at the orphanage and his health issues were taken care of, his physical state started to improve, but he still lacked the enthusiasm and happiness that other baby elephants display.

Enter Duma, a German Shepherd and former service dog in training who now lives at the rhino orphanage permanently. Immediately after Ellie and Duma were introduced, Ellie’s mood started to improve tremendously and they were soon playing and chasing each other around the sand pit. Now this unlikely pair is inseparable! 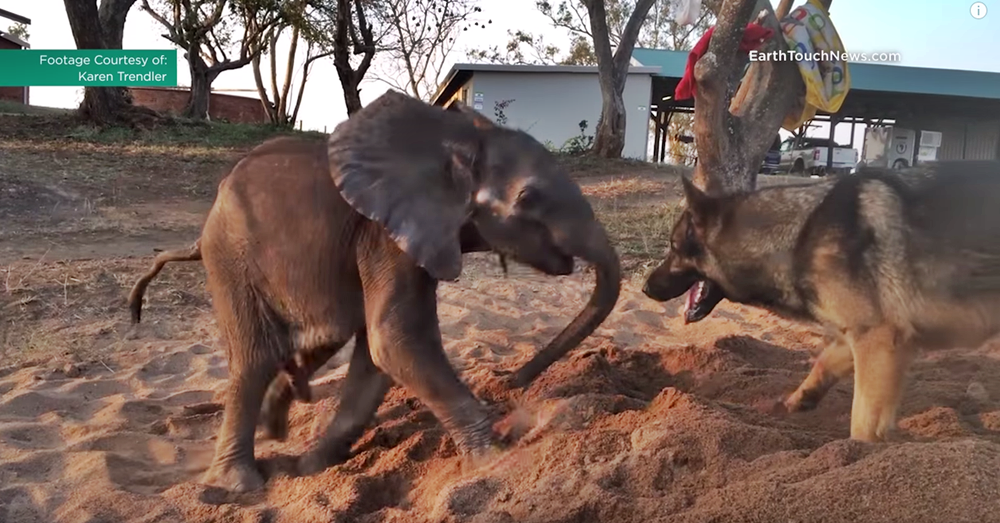 Watch the video to see Duma and Ellie’s inspiring relationship and to learn more about Ellie’s story: