We don’t always see something incredible when we go out for a walk but sometimes, there is something that catches our attention. That is what happened in the Philippines when Myla Aguila was walking near her home.

A young boy was squatting at the top of a hill off the side of the road. He was having a problem because one of his flip-flops had apparently fallen down the dark slope. He could no longer reach his shoe.

Admittedly, the boy could have climbed down the hill to get it himself but he had a friend that was there to do it first. It was a duck, who was happy to grab the flip-flop and bring it back to him. 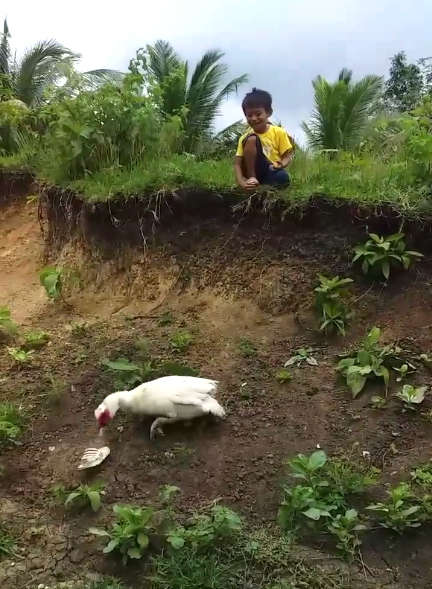 You can see it for yourself here on this video:

Aguila was surprised by what she saw. A small crowd had also gathered and were watching the random kindness of this unique bird.

“I was dumbfounded,” Aguila wrote online, continuing: “The duck is kind. He really helped, even though he doesn’t know the child.”

There is no easy way to explain what she saw that day. Aguila feels that it made her more aware of the emotions that were possible from a duck. She feels that the experience has changed her for the better.

“There is a feeling like a person,” she wrote, adding: “I will feel mercy on them because of what I saw.”