We’ve done a lot of damage to our oceans, and nothing shows the effects more than the recently released images from a British marine vet.

The dramatic images show exactly how much of a threat is posed to marine life by lost or discarded fishing gear.

James Garnett, a marine veterinarian who works for the Cornish Seal Sanctuary, was recently honored by the Zoological Society London. He has worked in marine conservation for decades, conducting hundreds of post-mortem examinations on cetaceans and marine mammals, as reported by Cornwall Live. 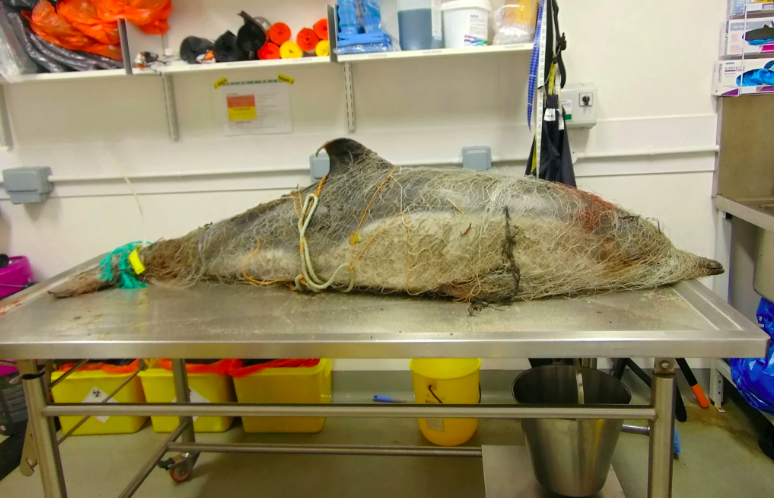 Recently – in order to raise awareness about the dire situation in our world’s oceans – he posted an image of an adult common dolphin that was found stranded back in December 2017. The dolphin, which was found in Cornwall, can be seen wrapped in disused fishing gear from the tip of its snout to the very ends of its fluke. If that wasn’t horrifying enough, he also included another picture of a seal that was entangled in fishing nets that weighed 77 pounds!

While plastic still continues to be one of the biggest threats to marine life since it’s found in nearly every water system on Earth, as well as in the stomachs of even the deepest-dwelling animals, discarded gear is also proving to be a major concern to cetaceans and other marine life. A systematic review which was published earlier in the year in the journal Endangered Species Research, suggests that plastic waste in our oceans is a “clear animal welfare issue”. 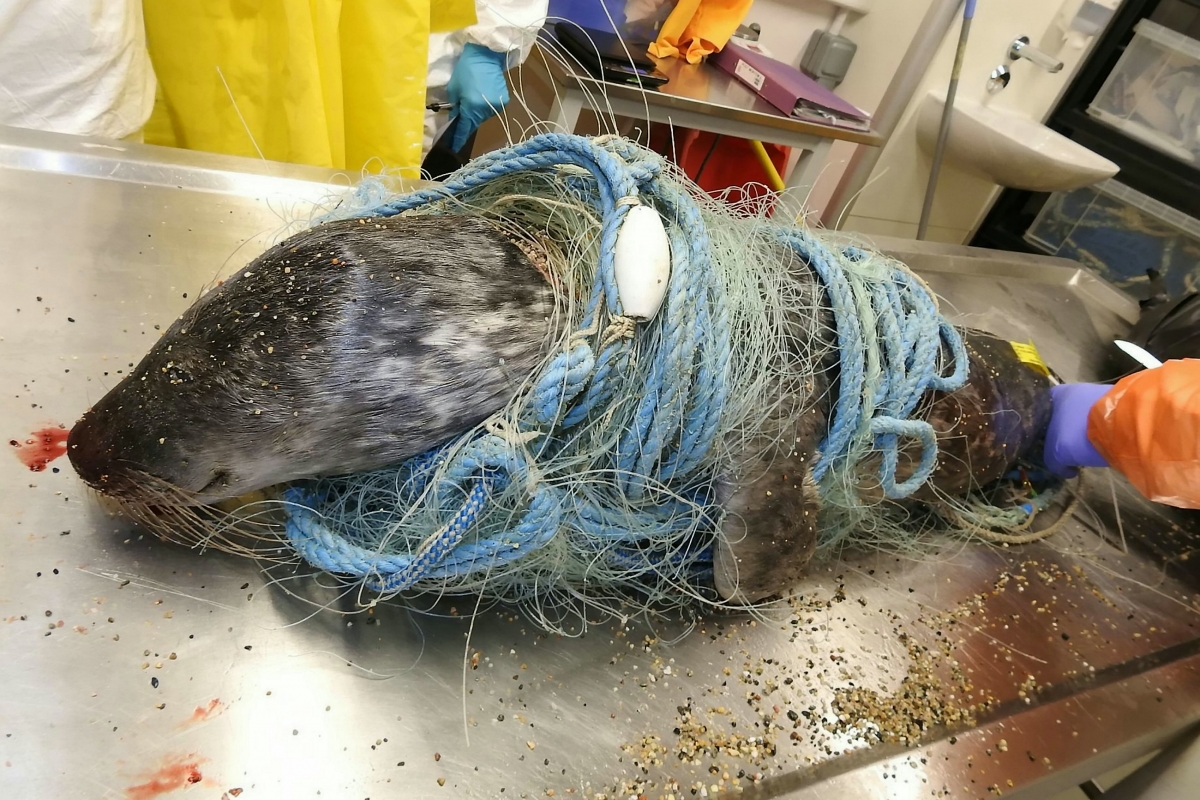 Every year, an estimated 700,000 tons of “ghost” fishing gear gets dumped into the world’s oceans, posing a major threat to marine ecosystems. Nets, traps, lines, pots, and many other forms of stray fishing gear ends up trapping and smothering pelagic marine animals who become entangled and cannot break free. In addition, this same gear can also destroy oceanic habitats like coral reefs. Hundreds of thousands of marine animals are killed every year by ghost gear since it’s nearly invisible when it’s in the water. In addition, clean-up is expensive and often requires specially trained divers who can access the remote areas of the ocean.

While plastic pollution and ghost fishing gear are both huge threats to marine life, industrial fishing continues to be the biggest contribution to the disappearing populations of marine species. PLOS Biology published a study this month which found that the sizes and numbers of marine predators – which are essential to keeping ocean systems healthy – has decreased significantly in habitats that close in proximity to land areas where there are more than 10,000 people and associated fishing fleets.

If reading this upsets you as much as it upsets me, then maybe we can all try to make some kind of change in our personal lives that could help save our dying oceans.