There has been a debate as to whether dogs can imitate the sounds of their humans and actually talk.

After watching this French Bulldog confess her love, I think we can all say that debate is over. 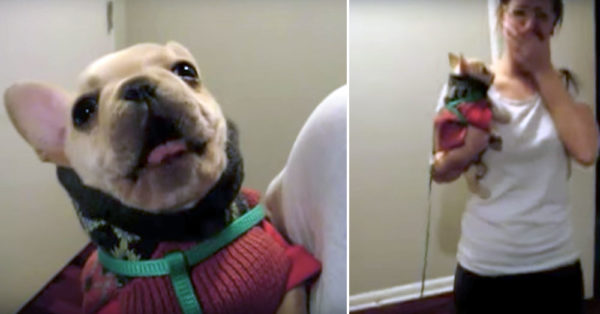 It’s pretty shocking when she ekes out an answer to her human’s affection at first, and even more so the second.

Whether she is doing what her human thinks she is, or not, she still is such a cutie and dressed to impress. Just look at her little sweater! Awwww!