A female dog was trapped on live railroad tracks for days, but survived thanks to her protective brother.

The footage of the two dogs’ harrowing adventure is jarring. By the time the man took video of the dogs, they’d been surviving on the snow-covered tracks for two days. The male dog, Panda, would bring food to his sister, Lucy, and snuggle next to her to keep her warm. 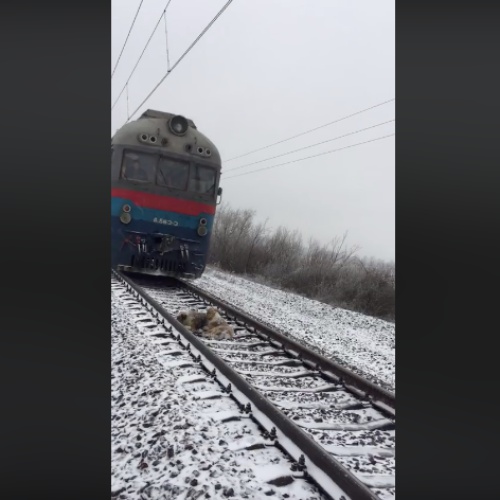 And when a train came barreling down the tracks, Panda would make sure he was next to her, and they’d both tuck their heads down. The train would roar over their heads as they stayed huddled together.

Every time, they survived. They were far enough underneath the bottom of the train to remain unscathed. 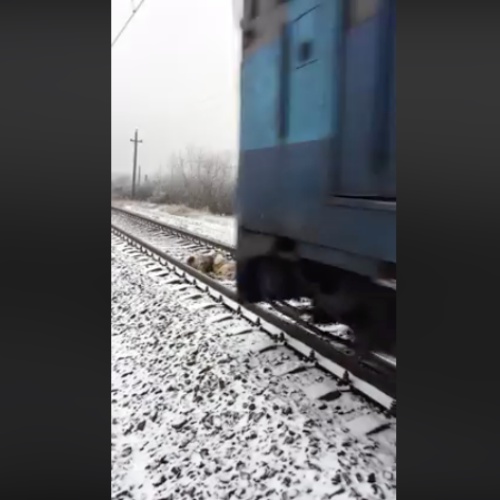 The man filming the two dogs, Denis Malafeyev, did his best to try to help, along with other Good Samaritans, but it took some time. The brother was extremely protective of his wounded sister, and became aggressive if anyone tried to come near, growling and even biting other people.

The poor exhausted dog had no idea that the people coming near them were only trying to help. 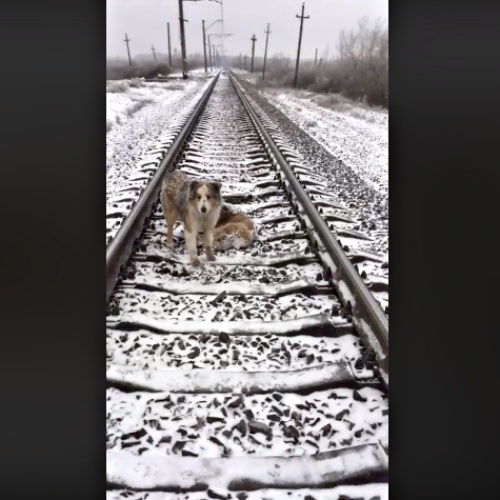 After two days of coaxing the dogs and earning their trust, people got close enough to rescue them.

“The male dog was doing this for two days in a row. Think about it. He was keeping her warm,” Malafeyev told the Daily Mail. “I don’t know what to call this: instinct, love, friendship, loyalty? One thing I know for sure, not all the people would do the same as this.” 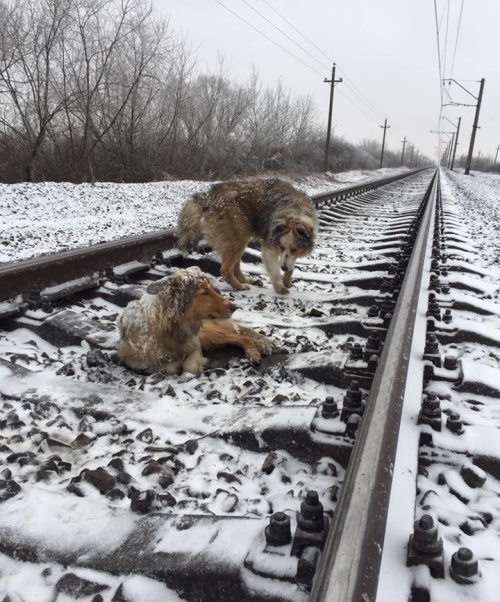 After they were rescued, they were taken to the vet to get fixed up. On the way there, the two siblings stayed snuggled together in the boot of the car, just like they had on the tracks. 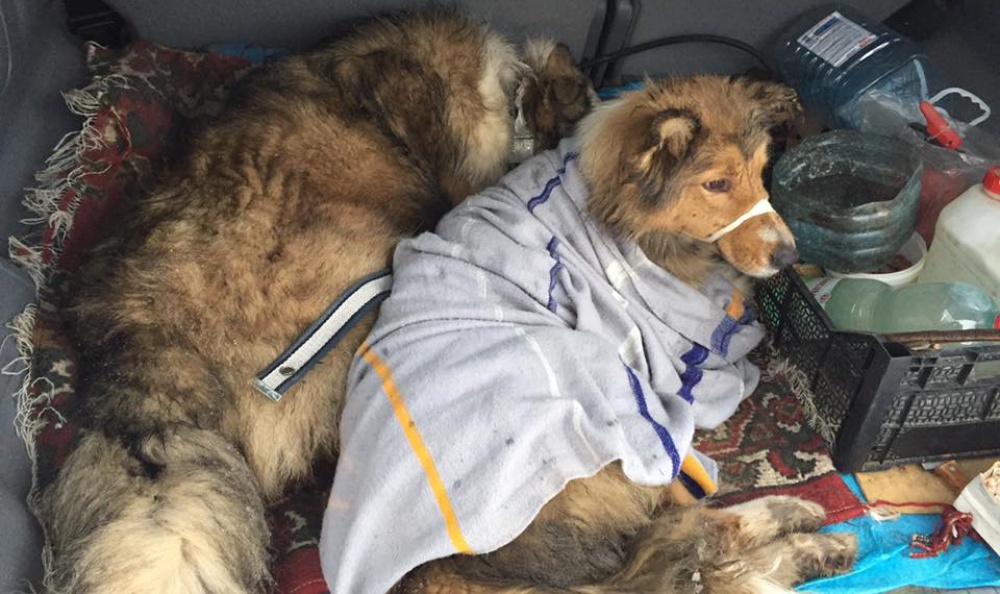 Lucy was severely bruised, but, amazingly, she had no broken bones. 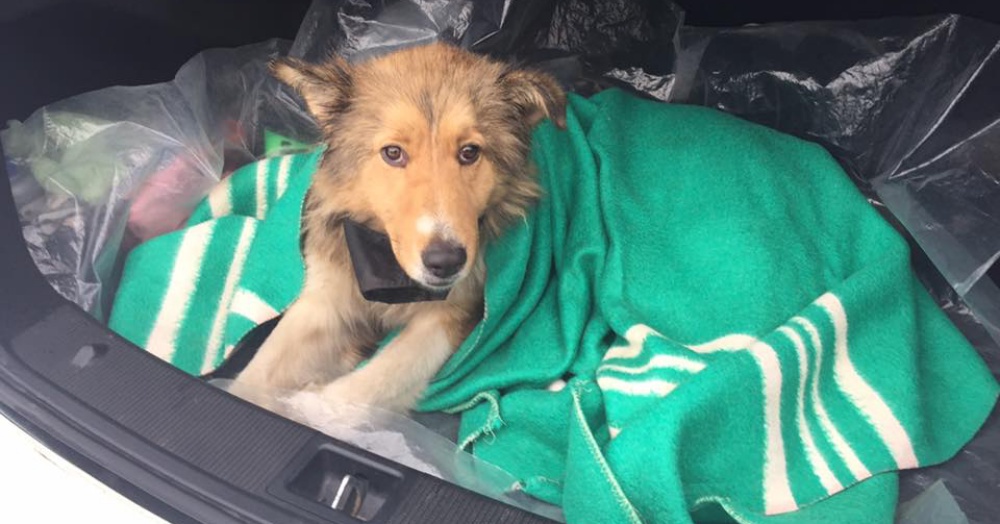 The dogs were returned to their owners. Rest assured that their home was determined to be loving and caring by a local animal protection organization, and that their owners were happy to see their dogs back safe and sound.

Take a look at their adventure in the clips below!

Dog Saves Child From Freezing To Death After He Was Abandoned By His Mother On The Porch: Click “Next” below!