Dogs are such a huge part of our lives, especially therapy dogs.

They allow people, and in this case children, to be independent and stress-free. They offer nothing but love and support. Therapy dogs make such an impact on whomever they meet that they are now being featured along with their classmates in the school’s yearbook. 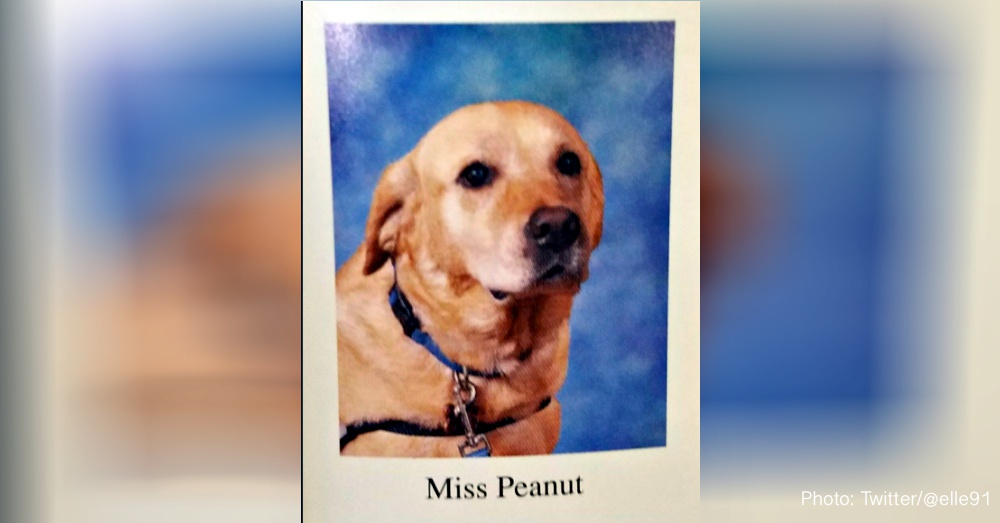 Miss Peanut, a therapy dog at an Illinois school, was featured in their yearbook. Someone from the school tweeted Miss Peanut’s yearbook photo that went viral with over 300,000 likes and 65,000 retweets. People from around the country replied by posting pictures of their school therapy dogs in their yearbooks.

Learn more
There is no bad photo when it comes to dogs. Many other therapy dogs like Stanley, Dr. Moose, Bear, and Clark Kent were featured in their schools yearbook.

It seems to be a new “normal” and who wouldn’t want their therapy dog to sign their yearbook?! It is just a small way that people can show their appreciation for the dog’s loyalty and commitment.