You go to the closet and take out the vacuum cleaner to do some tidying up. The moment you turn it on a battle occurs between your dog and the monster with powerful suction. Your dog barks and attacks the vacuum as you attempt to clean the carpet. Sound familiar?

Your dog sees the vacuum as a noisy monster that appeared out of nowhere. Some dogs are afraid and run in the other direction, while others attempt to herd or attack. Have you ever wondered why your dog reacts so much to the vacuum? Not to worry, many dogs initially react to the noise and sight of it.

Many dogs are afraid of the vacuum because of the loud unfamiliar noise it makes. Dr. Diane Levitan, veterinarian explained, “The sudden onset of a loud noise and strong vibration will startle most dogs and scare them. Their instinct is to get away from it before it eats them! It also moves around in a ‘threatening way’ and is often near their beloved pet owner, whom they want to protect. They are smart to be afraid! Thankfully they don’t need to be.”

Aside from the noise and vibration, the vacuum is a strange large object that appears to be attacking their beloved human. A dog may attack the vacuum in an attempt to protect their owner. Some herding breeds may even try to chase and round up the unruly and noisy “animal”. While this is a sweet gesture, most owners are not impressed when they are trying to complete an already dreaded chore. 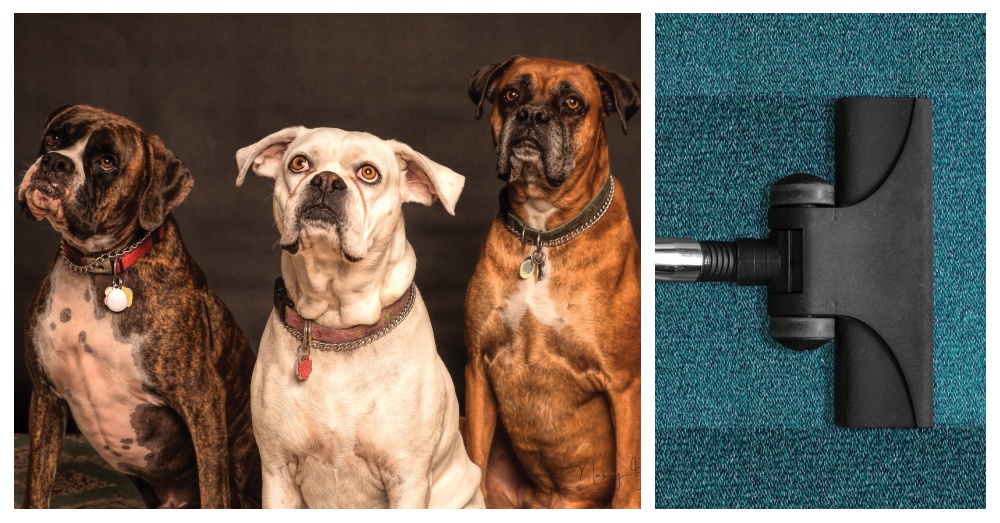 Some experts believe that the suction intimidates some dogs because it is like an amped up dog nose. Dog’s use their noses to inspect things and pick up scents. The force or “sniff” of the vacuum is so strong that dogs react by attacking the large beast.

While vacuuming when your dog is outside is one option – the best way for the battle between them and the vacuum to end is to desensitize them. Some dogs may realize with time that the vacuum is not going to attack them or their owner and stop barking or hiding. While others afraid of the loud noise may need gradual exposure or treats to reassure them that the loud object is safe. Some manufacturers are even designing quieter vacuums that are more pet friendly.

Now on to understanding why dogs love to eat rabbit poop…