It’s not uncommon, sadly, to witness bad or dangerous driving on America’s highways. But some of this risky behavior is needlessly placing dogs in danger.

According to Fox 13 News, the Humane Society of Utah regularly fields phone calls, emails, and messages from worried citizens reporting dogs traveling without any sort of restraints in the back of people’s truck beds. In addition to placing fellow motorists at risk, this dangerous practice needlessly kills an estimated 100,000 dogs every year. 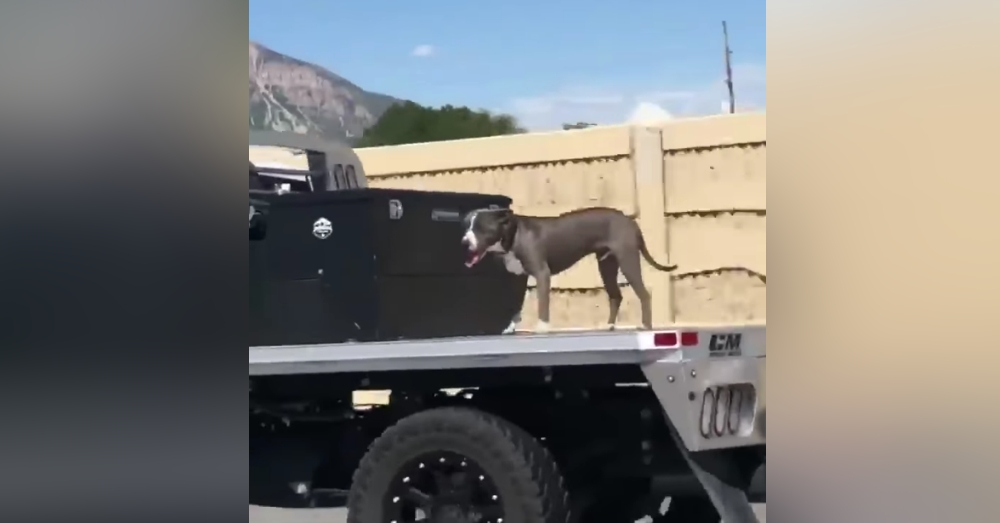 But even though HSU rescuers, for better or worse, are regularly notified about these bad driving habits, the following video takes dangerous driving to a whole other level. This 9-second clip, which was filmed by a passing Utah motorist, shows a dog struggling to balance on the back of a flatbed truck while his or her owner speeds down the highway at 70 mph.

Even so, the shelter has decided to post this disturbing video on Facebook, where it will hopefully dissuade other drivers from engaging in this reckless — but completely legal — behavior. 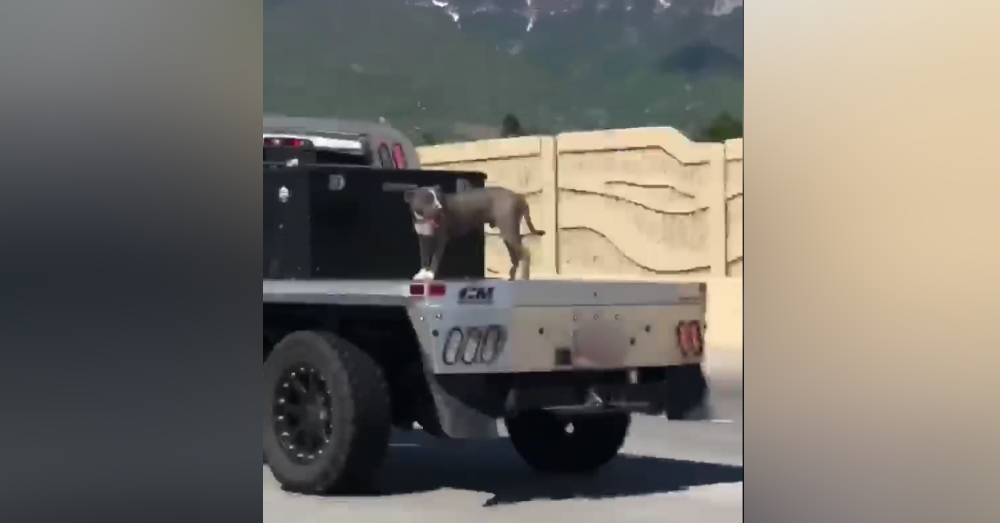 “There’s nothing to do, it can’t be reported to the authorities,” said Shepherd, whose organization has repeatedly tried lobbying state lawmakers to update Utah’s antiquated highway code.

According to HSU, the current laws only charge drivers with animal cruelty if their unrestrained dogs die after being flung from an open truck bed. There aren’t any protection or justice for animals who’ve broken their legs or sustained other serious injuries after surviving this terrifying (and preventable) ordeal.

“We see animals, unfortunately, that are surrendered to us that have fallen out of the back of truck begs and broken their legs and then the owners can’t afford the medical attention for that pet,” Shepherd said.

Did you know that approximately 100,000 dogs are killed in accidents each year due to improper transport in truck beds?…

Regardless, this terrifying video has encouraged the Humane Society of Utah to renew its efforts to lobby state lawmakers, who must immediately require drivers to safely transport their dogs inside securely attached crate or — even better — inside the vehicle’s cab. “So many families consider pets members of their families,” Shepherd said. “We realized how dangerous that was for children, it’s the same case for your pets.”

Please email the Humane Society of Utah at advocacy@utahhumane.org if you would like more information or wish to become involved in these efforts.