When Susan Valles Clinger first saw Beau in an Idaho shelter, the Idaho woman instantly knew the shepherd-lab was special. “I don’t know – he just looked at you with that special look where you knew ‘OK, this is the one,” Valles Clinger told KTVB7.

But although she knew Beau was special, Valles Clinger also let her dog ride unrestrained in the back of her pickup truck, a practice that kills 100,000 dogs every year. Beau managed to hang on for 2 years without incident, but one day, the shelter pup’s luck finally ran out. 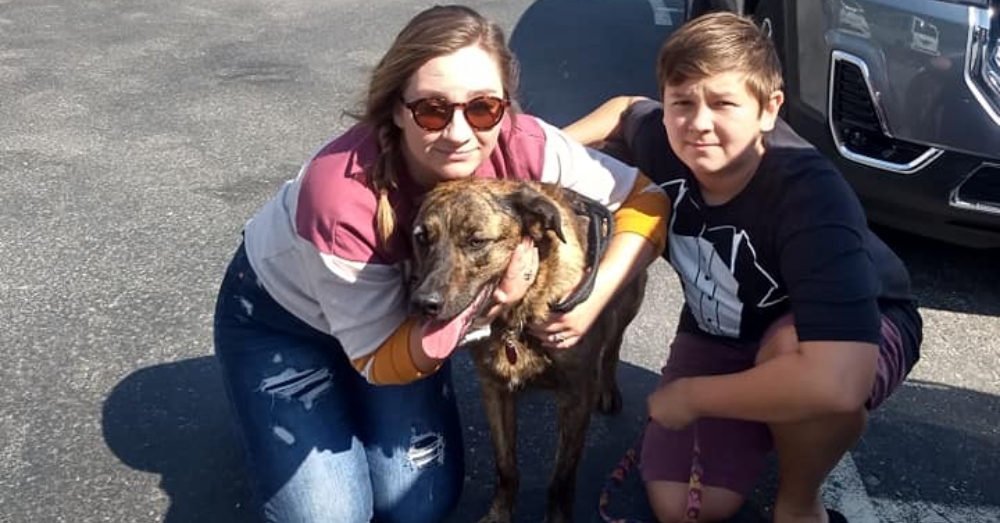 “It was probably the worst feeling I’ve ever felt in my life, and just the look on my son’s face – it was instant panic,” the Idaho woman said, recalling the moment she looked back to discover that Beau was gone. “You almost just don’t want to believe it, that he’s just not there.”

The family scoured the area for any sign of the missing dog, but the poor animal seemed to have mysteriously vanished. “We doubled back and searched for him and couldn’t find him, couldn’t find a body, we couldn’t find any traces of him whatsoever,” she said. 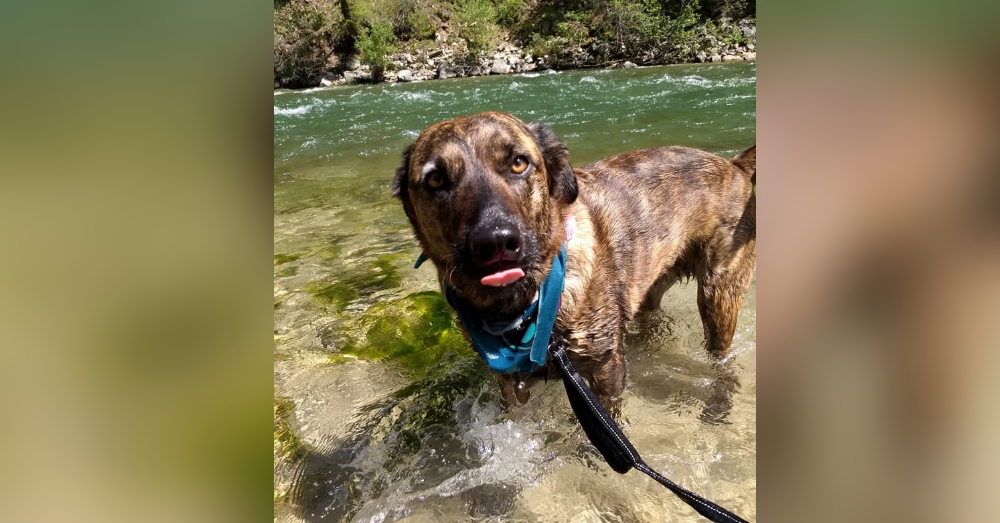 As the days turned into one week, and then almost 2, Valles Clinger started to fear the worst, especially as daily search parties returned empty handed. But then, 12 days after Beau had gone missing, employees from a local rafting company discovered something strange. There was a dog stranded on a sandbar in the middle of the Payette river.

“I don’t think I’ve ever cried of happiness before, but I did twice that day,” the dog’s owner said. Beau had broken leg, a serious case of road rash, and lost 16 pounds, but he was going to survive, although his fractured ankle would require surgery. “It was kind of a complicated surgery where they have to take bone from other parts of his body and put it in that same spot where they were going to fuse it,” she said. 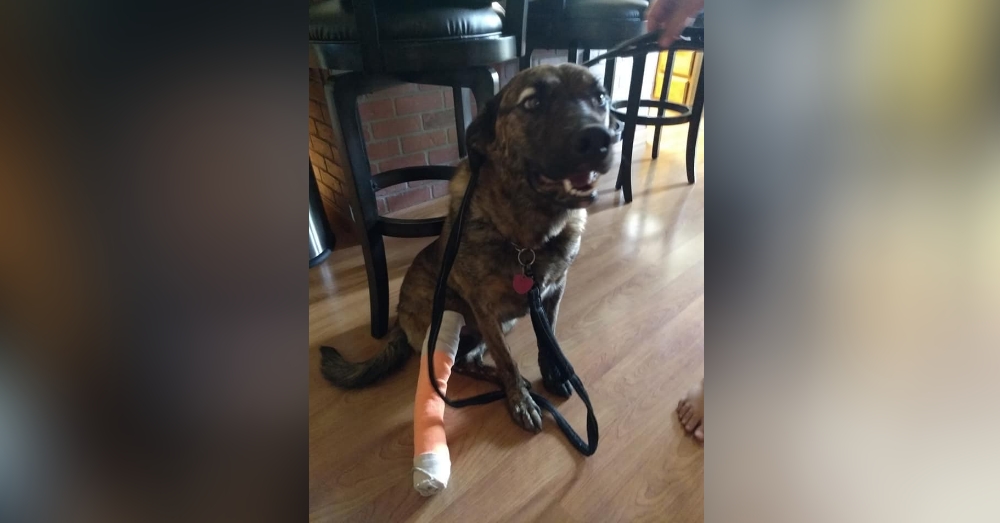 The good news is that Beau is expected to make a full recovery, although it will be at least 10 months before this dog will able to properly walk, run, and play. Regardless, this entire ordeal could have been avoided if Beau’s owner had just taken care to put her precious cargo in the cab. Please don’t expose your precious pets to such needless and dangerous risks.