The Dog Meat Trade Is Brutal And Disgusting, And Indonesia Is Defining A New Low

International attention and outrage over the dog meat trade has grown dramatically over the past decade, particularly in Asia. Due to the increased scrutiny, events like the Yulin Dog Meat Festival in Yulin, China, have started to face strong opposition from local and national government agencies. In some cases, like Yulin, there are even laws being enacted to prevent the slaughter and torture of cats and dogs. Due to the continued upward economic movement of the country and increased pet ownership, the consumption of dog and cat meat has been swiftly trending downwards. While the positive moves are heartening, there are still some areas where the dog meat trade is not only present, it’s socially acceptable. And flourishing. 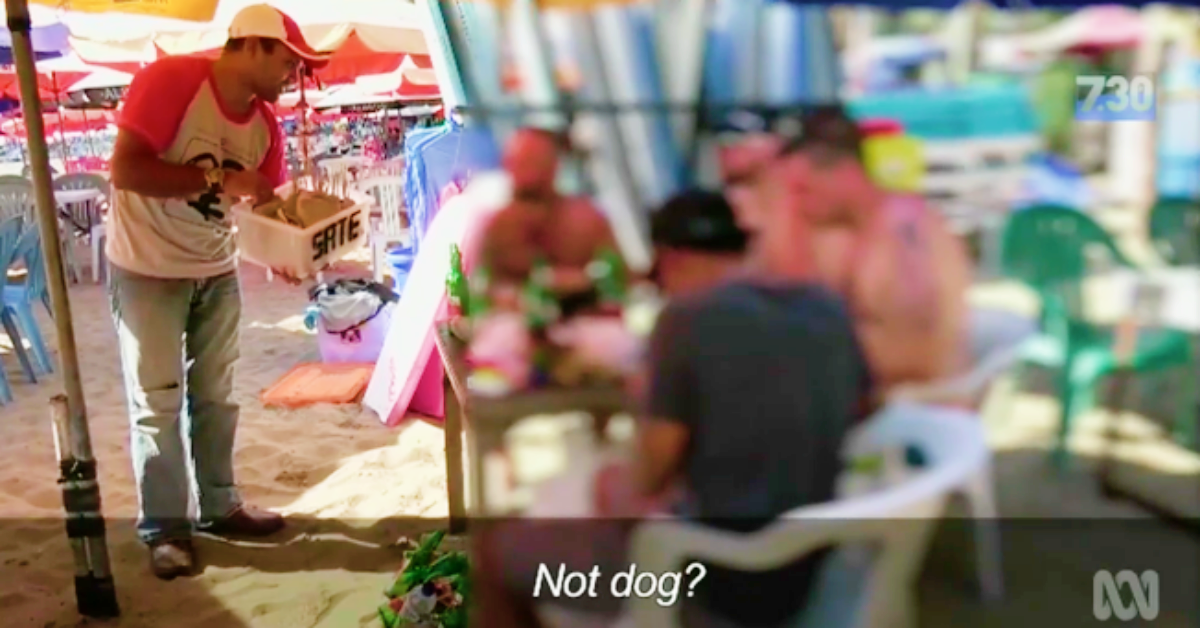 A group of Australian tourists are lied to in order to sell them dog meat. via 9 News Australia

In recent months, there have been a number of stories from Australian tourists who were unknowingly sold dog meat while on vacation in Bali, even after specifically asking what type of meat they were buying. The videos drew shock, disgust, and alarm across the world and prompted investigation from Animals Australia into the dog meat trade in Indonesia. The results brought to light an institution that reaches incredible depths of cruelty, rivaling even the Yulin festival in terms of barbarism.

Indonesia has a strong economy as a whole, but many of its citizens still live in poverty, which is an incentive to raise and sell dogs for consumption. Due to how cheap it is to raise, slaughter, and sell dogs in comparison to sheep or cattle—and with no stigma against the act of killing or eating them—it’s an easy trade to take part in. Dogs take far less area to raise compared to other livestock as well, and oftentimes dogs are simply snatched off of the streets to sell to butchers and slaughterhouses. For many of the poorer residents of Indonesia, the value compared to the small amount of work is simply too enticing to pass up. Dog meat also has purported “healing” properties. It is used for asthma, for poor skin, and as a way to “warm” the body and promote vitality. All of that adds up to a vibrant market. 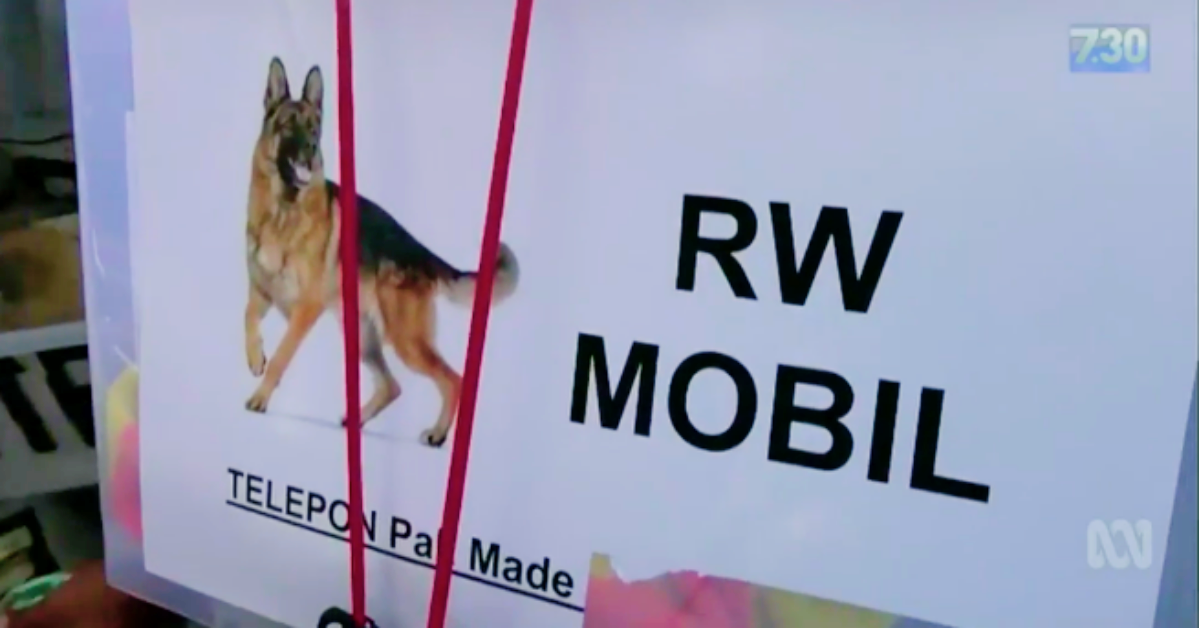 Much like the brutality of Yulin, dogs are slaughtered in the most inhumane ways possible more often than not. Dogs are strangled or boiled alive, have limbs cut off while they are alive, and worse. All of this cruelty is intentional. The belief is that the stress and brutality helps soften and “warm” the meat, and so sellers ratchet up the cruelty for a “better product.”

Sadly enough, Indonesia does have animal cruelty laws, but those laws only apply to livestock, and dogs are not classified as livestock. There is also next to no stigma about eating dog meat in Indonesia, meaning appeals from animal rights groups about the torture falls on deaf ears. Animals Australia has taken a particular interest in the meat trade, given that more than 1 million Australians visit neighboring Indonesia every year. The lack of any basic sanitation during the butchering poses a significant threat to humans. 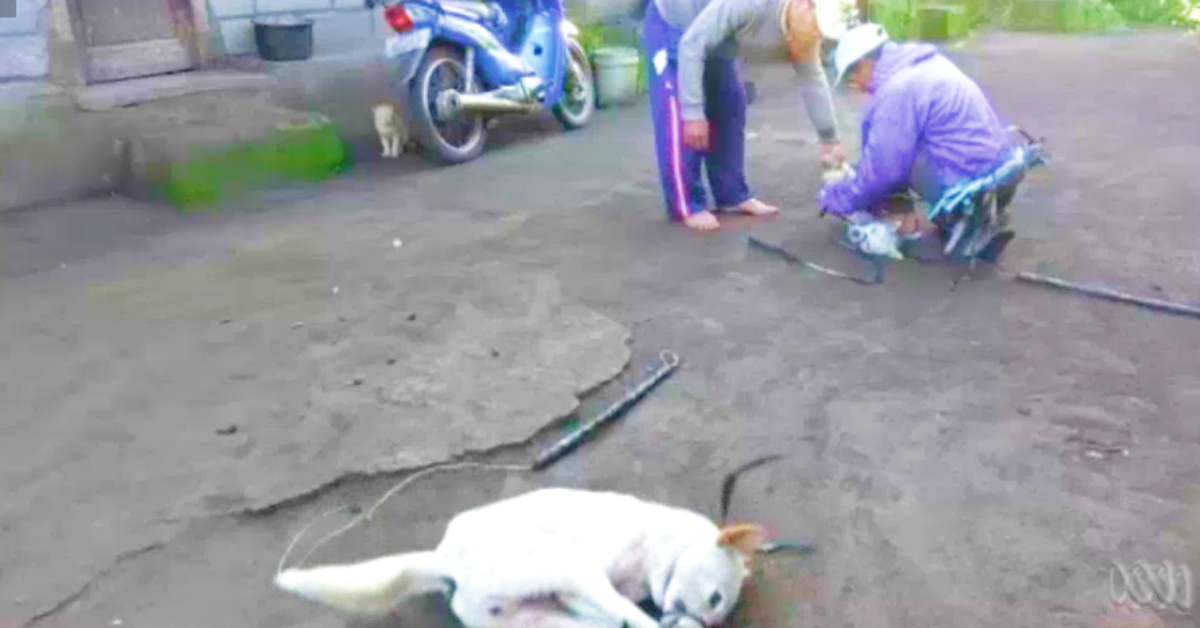 A dog tries to free itself as men subdue another.

Unsurprisingly, the health of the dogs slaughtered isn’t regulated in any kind of way, unlike cows, sheep, and chickens. Even a visibly sick dog will be butchered and sold. The risk of disease is far from theoretical or uncommon. In 2008, Bali had an outbreak of rabies, which was tied back to dog meat. Moves to increase vaccinations in humans and dogs did little to stem the issue, and a smaller outbreak in 2015 took the lives of 15 people and made many more ill. Even dogs that aren’t sick pose a significant health risk, as stolen and stray dogs are often poisoned with cyanide, which can quickly leech into the meat and cause illness and death in humans.

The biggest hurdle for ending the market in Indonesia is a lack of concern or interest from any significant group or agency. There is not enough pressure or motivation for action. There is hope, however. Indonesia has continued to grow its economy and middle class, leading to a rise in pet ownership. As more families bring dogs into their homes as companions, the attitude about eating dogs changes. Just like the increased pressure inside of China from new pet owners to end the dog meat trade, Indonesia is starting to see a growing trend in outrage as well. Until then, be careful if you take a vacation to Indonesia.