Cormorant, Minnesota was honored to have Duke, a Great Pyrennes, as the town mayor for four years. The giant fluffy dog was an honest politician that took his job seriously.

He was first nominated to the role as a write-in on the ballot in 2014. He did such an amazing job that he was re-elected three more times. He retired last June after serving his fourth term at the age of 13. 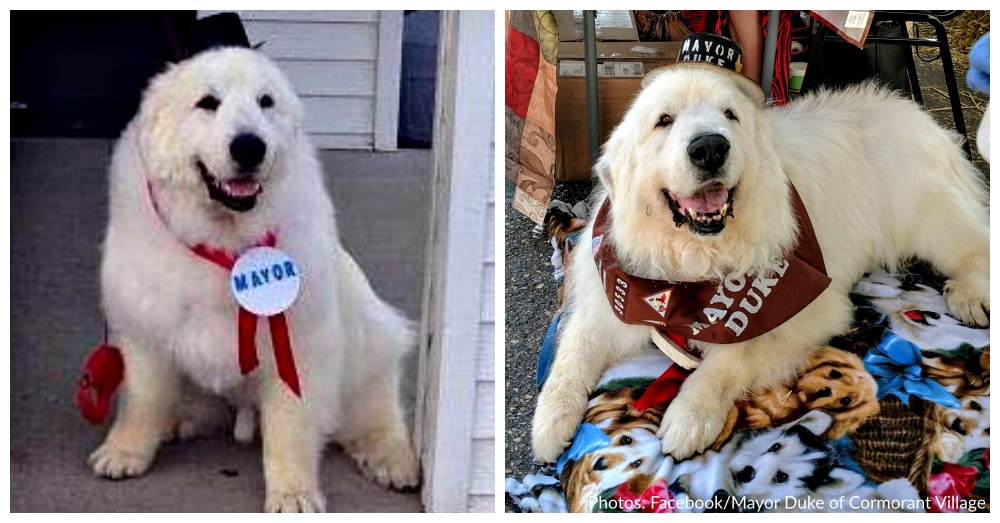 His family took to Facebook to announce the sad news of his passing. They posted, “Our beloved mayor Duke went to doggie heaven today. He will be greatly missed.”

The town remembers the sweet boy and all his public appearances in parades and events. He brought a smile to everyone’s face and will be greatly missed. The community loved Duke and the family announced they will be a memorial service for him in the coming months. “We will have a memorial for him in March or April at the Cormorant town hall. Thanks to all who express their condolences it means a lot of hard times like this. Sincerely, Karen and Dave.”


His followers shared photos and their condolences by posting to Duke’s Facebook page. One follower, Molly Anne Berg, wrote, “What a beautiful dog he was. I am blessed to have met with him in July 2017. Very polite, strong pawshake, and an overall good boy. He’ll still be in my heart as the best politician I’ve ever met. ❤️ God Bless you Duke!”

Another said, “If heaven doesn’t have a mayor, he would make a great one.”

Jody Stockert posted, “He was so gentle and a very special part of our little town ! Thanks for sharing him with us!”