Woman Races To Save Dog Flung Off Highway Overpass In Portland

Few people actively enjoy their morning commute, but one Oregon women encountered a truly terrifying sight on her way into work. It wasn’t traffic or a terrible accident. Rather, the woman witnessed a dog being cruelly flung over a highway ramp.

“I received a frantic phone call from my mother, who was headed to work in North Portland and came off the exit to see this big boy come flying in mid-air over the overpass,” April Eells recalled. “Given the significance of his injuries and the research gone into pin-pointing the location and access, it appears he was thrown from the overpass.” 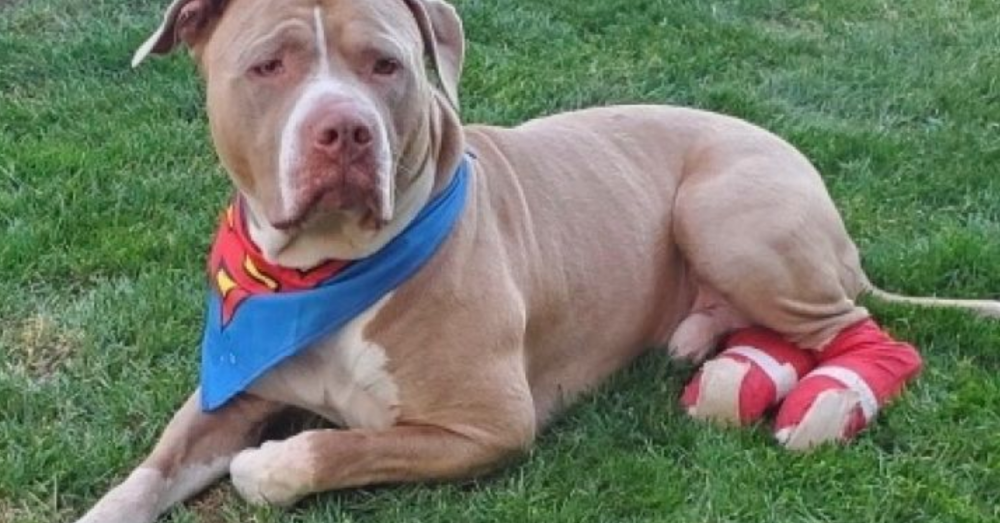 April’s mother pulled over to help, only to find the dog seriously injured, unable to walk, and understandably in shock. So she rushed the wounded creature to her daughter’s office, which, fortunately, happened to be at the local animal hospital.

“Given his injuries most Good Samaritans and veterinary clinics would have euthanized this boy, but my parents wanted to give him a fighting chance,” she recalled. The case also felt especially personal because April’s own daughter had almost lost her life on a highway overpass and, just like she had with her daughter, the Oregon woman resolved to save this dog’s life at all costs. 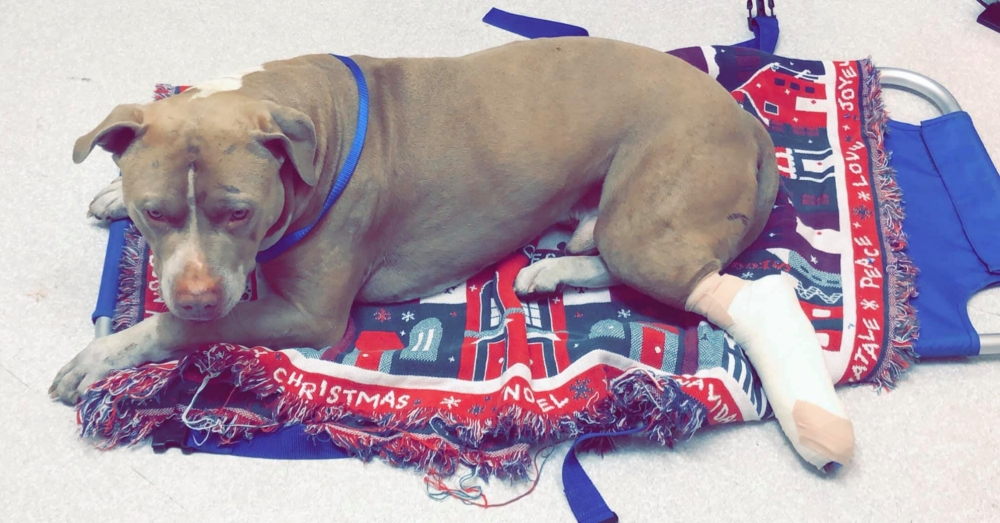 “Almost a year ago, my own daughter tried to commit suicide and she jumped off an overpass,” April told KATU2. “So immediately it struck me because it was very symbolic of my own daughter, and my mom said that that was instantly she thought, ‘I’m not giving up on him.’ Because we didn’t give up on her.”

April and her colleagues jumped into action, offering the life-saving care that would ultimately save the dog’s life. Fortunately, X-rays confirmed the dog wasn’t suffering from internal bleeding or any “immediately” life-threatening injuries, but he did have multiple broken bones and severely torn ligaments that would leave the dog, whom rescuers were calling Hank, unable to walk for months. 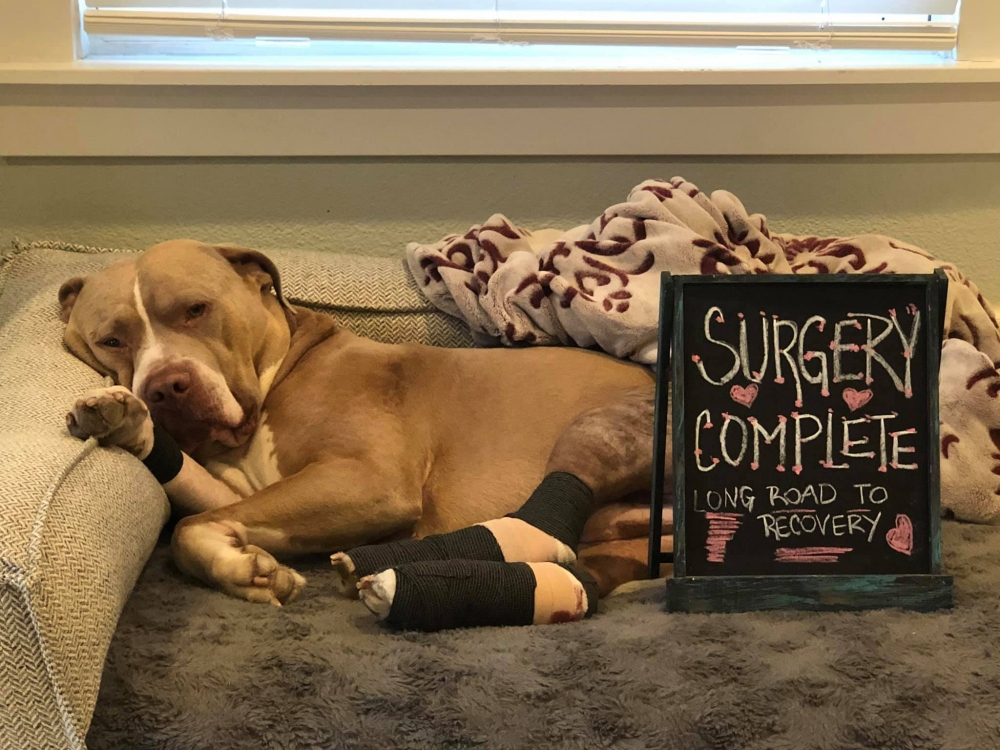 “He is banged up, sore as you can image, with some gnarly road rash on his chin but is so lucky to be alive,” April wrote on Facebook, noting that his injuries could have been much, much worse. But even with April’s employee discounts, Hank’s veterinary bills were starting to pile up, and Hank wasn’t even technically wasn’t even her dog. But April also wasn’t going to give up on Hank, who was only 1-2 years old and deserved a second chance at life. 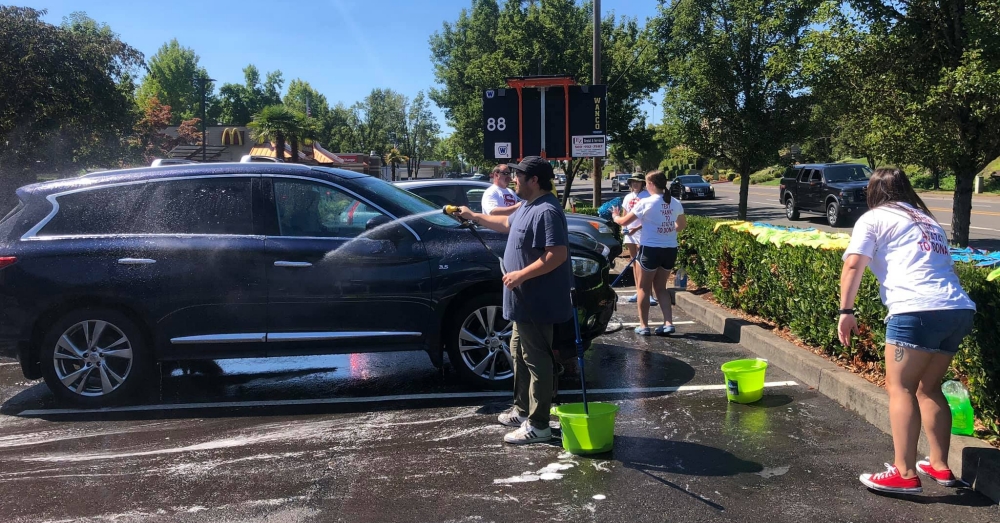 She created a GoFundMe page, has hosted fundraising car washes, and — despite being a shy and private person — has given multiple media interviews attempting to spread word about Hank’s heartbreaking plight. These efforts seemed to have paid off, because the community is racing to help April raise the money Hank will need to have surgery in order to walk again.

Do you ever feel like you’re put in the right place at the right time ?! This AM my mom went into work a couple hours…

“He is the absolute sweetest and is only between 1-2 yrs old so this boy deserves a second chance at a good life!” April wrote. Meanwhile, April has already resolved to give this sweet boy the forever home he deserves.

Please visit Hank’s GoFundMe page if you’d like to learn more about Hank’s rescue story or make a donation.