‘The Dude’ And His Unlikely Duck Family

We’ve seen some unlikely animal duos in our time, and we’ve all heard heartwarming stories about animal mamas taking in babies that aren’t even the same species. Love is blind, especially in the animal kingdom.

But we usually see female animals, often dogs, adopting orphans of various types. But don’t write off males, especially if they’re like The Dude, an especially adorable golden retriever therapy dog who adopted three ducklings looking for someone to call “mama.”

Of course, at first The Dude thought the ducklings were strange and weird. He seemed content to tolerate them. But the ducklings, Marge, Dot, and Frances, thought that The Dude was just a weird duck with fur perfect for nesting in. Eventually, the little ducks grew on The Dude and he helped them learn to swim and let them nest in his tail. 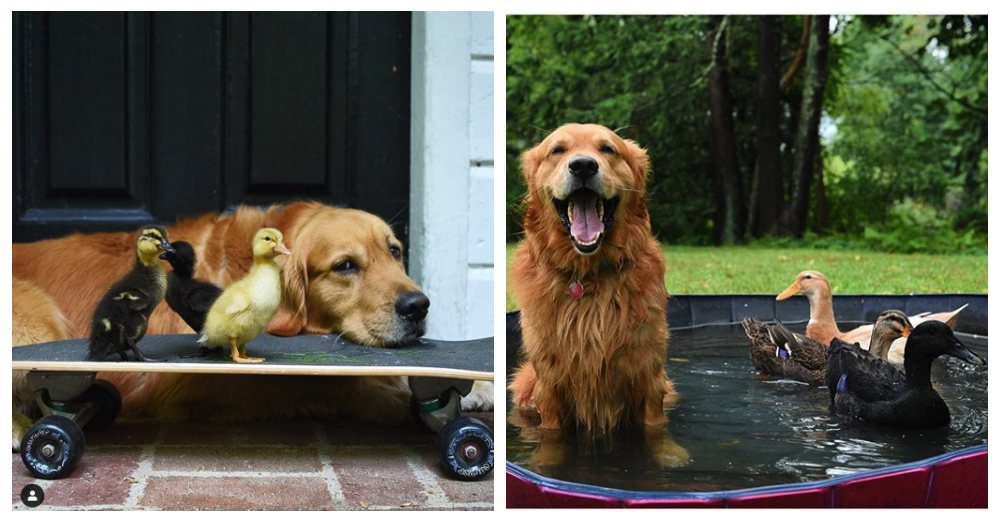 The dog and ducks do have at least one thing in common—they all love peas. They form an eager line whenever their humans are handing out peas. The ducks, now grown, are never far from The Dude’s side, and he plays with them just like he would another dog. 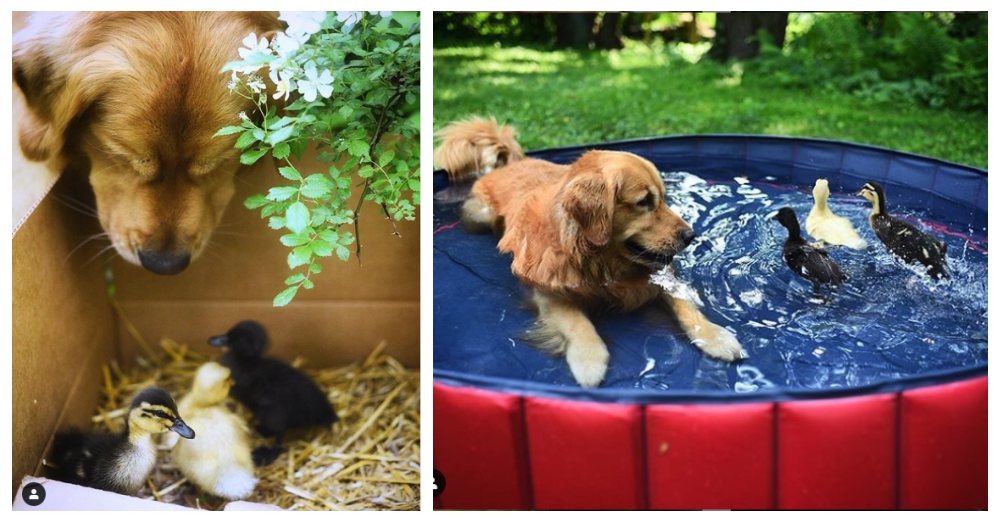 The Dude does wish that the ducks were a little better at understanding fetch, but given all their other lovable qualities, he’s able to overlook this one imperfection.

Watch ‘The Dude’ parent his ducklings below!