Senior Dog Left Outside Animal Shelter With A Heartbreaking Note

When rescuers first met Perry, the 10-year-old Pyrenees had been abandoned outside their shelter with a heartbreaking note and a bucket of water. “Over 10 yrs old. Can no longer walk,” read the handwritten missive.

Equally heartbreaking was that the old dog, in addition to his physical limitations, seemed to fully understand that he’d been deserted by his owner. “He couldn’t move. He was just sad,” said Mason Groesbeck, a shelter worker at the Wanderers’ Rest Humane Association, told WSYR-TV, recalling how the dog just seemed so depressed. 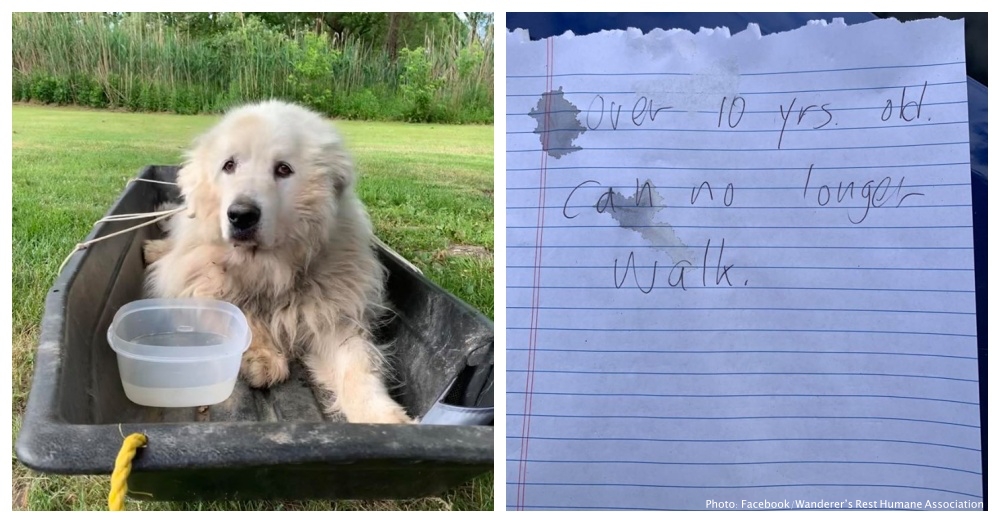 Rescuers immediately brought the abandoned dog inside, where they began to suspect his so-called disability might actually stem from years of neglect. After a veterinarian diagnosed Perry with two types of Lyme disease, rescuers realized the tired old dog might just be sick.

Sure enough, after physical therapy and lots of TLC, Perry was back on his feet – and acting like a totally different dog. “I cried the day he came in and I want to cry just looking at him and how much he’s improved,” said shelter manager, Sabrina Wilcox, told WSYR-TV. “It just, he melts my heart.” Rescuers also cut the dog’s thick fur, which was so matted that it constricted his movements. 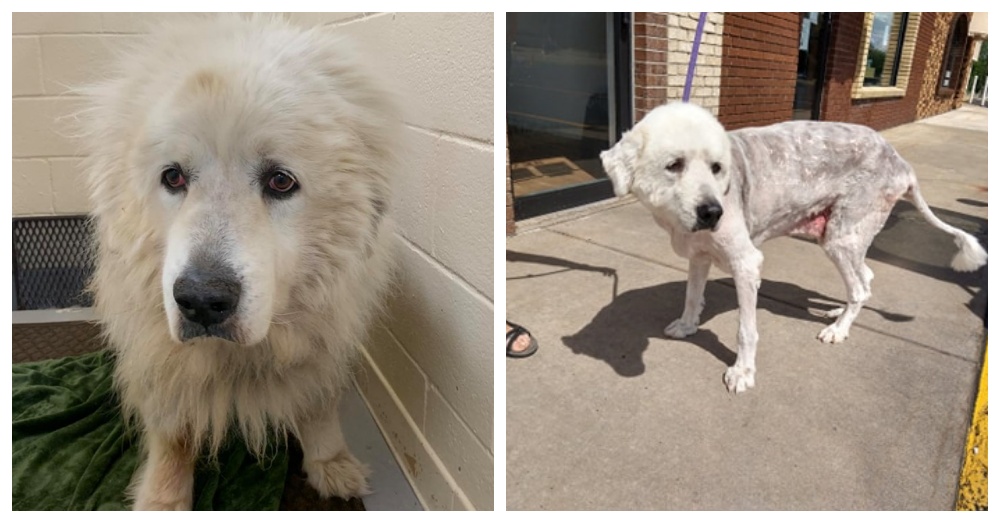 The Internet was also moved by Perry’s sad story, which garnered thousands of comments from concerned readers worried about the dog’s welfare. These dog lovers also raised $6,000 to pay for Perry’s medical care, which allowed rescuers to help the old dog regain his mobility.

Perry’s former owner, meanwhile, has been charged with failing to provide his dog with veterinary care, which could have prevented this entire ordeal. But rescuers, at least, are trying to turn this heartbreaking situation into a learning opportunity that demonstrates why people should never abandon their pets.

***While we are not happy that this has happened, we hope everyone can view this as an educational event. We do not know…

“We try to take action immediately where we can, but our biggest point was to make people understand why it’s not okay to do that,” said Wilcox, noting that there always resources available to pet owners struggling to feed or properly care for their animals. (Please contact your local shelter or humane society if you find yourself in such a situation.)

Perry is currently being fostered by his physical therapist, who proudly pampers the dog to make up for his years of neglect. “They’ve already bought so much stuff for him, he’s going to be spoiled,” Wilcox said, “so he definitely deserves that.” Agreed!

See how well this senior dog is walking in the video below!

We are so proud of our boy Perry. Look how well he is lifting is back feet!