Winnie was found abandoned outside an animal shelter in the middle of the night. The little puppy was skin and bones and unable to walk. Her future looked grim until Stephanie arrived to foster her.

Stephanie heard Winnie’s story and was determined to help the sweet pup walk again. She states in video, “I wanted her to come to my house, and I would take care of her. I would figure out what the problem was work with the rescue to get her healthy.” 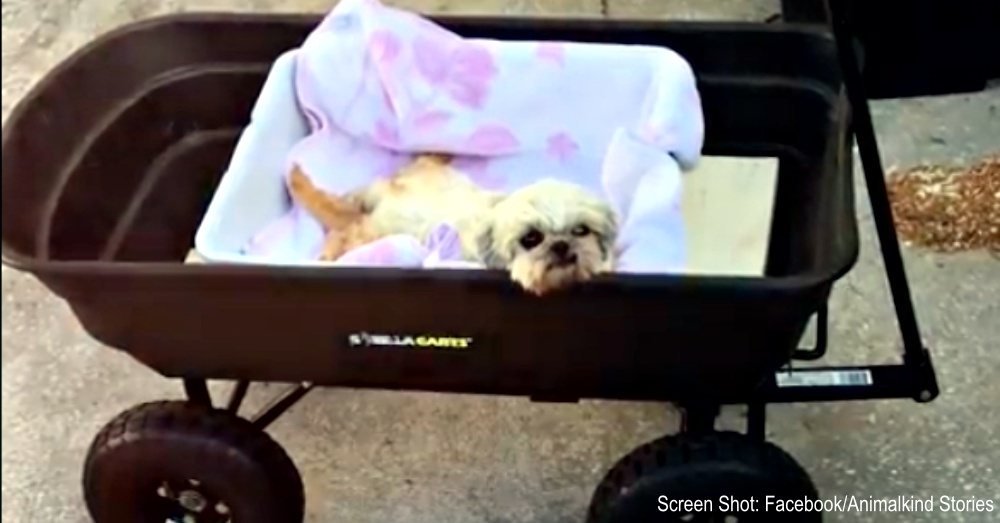 Stephanie showered Winnie with love and support. It was unlikely the pup would ever be able to use her legs again. However, that did not stop Stephanie from trying. At first, she tried using a harness to lift Winnie and see if she would move her legs at all. When that did not work she turned to water. Once the little pup was held in the water, she started to kick all four legs!

As her legs started to grow stronger, her foster parents knew they needed to build something to help Winnie walk. They built a custom cart with wheels to place the pup in and aid in helping her walk around. Her foster parents hoped that just being able to stand would be great, but then Winnie took her first few steps.


They were elated and shared video and pictures with their friends and families. Winnie was ecstatic as well. She went into her happy state of rolling on her back, grunting with delight, and pawing her feet in the air. It was a great moment for all.


“We were super excited, super hopeful, and super proud.” She is now walking and running on her own. Despite the odds against her, she has full use of her legs again. She is taking full advantage and loves to run. “If she doesn’t want you to catch her, you can’t catch her.”

Winnie found her forever home with her foster parents and is living everyday to the fullest. “I knew we were going to adopt her the moment I saw her. Even if I had to carry her around for the rest of her life.”

Watch her amazing journey in the video below.