In Arizona, shelter workers were trying to help a little kitten who was orphaned and was having a difficult time walking.

Little baby, Zion, was in bad shape when he arrived at the Arizona Humane Society. He was at the Bottle Baby Intensive Care Unit and he couldn’t walk using his back feet, so he was having quite a difficulty.

The staff at the Humane Society didn’t want Zion to suffer unnecessarily, so they decided to create some splints for him. His legs were so tiny that they had to make the splints out of tongue depressors, medical wrap bandages, gauze, and tape.

“After a little more than a week with his special splints, continued care, and lots of love, Zion began using his back legs normally and was able to rejoin the rest of his littermates in an AHS Foster Hero home!” the shelter told PEOPLE. 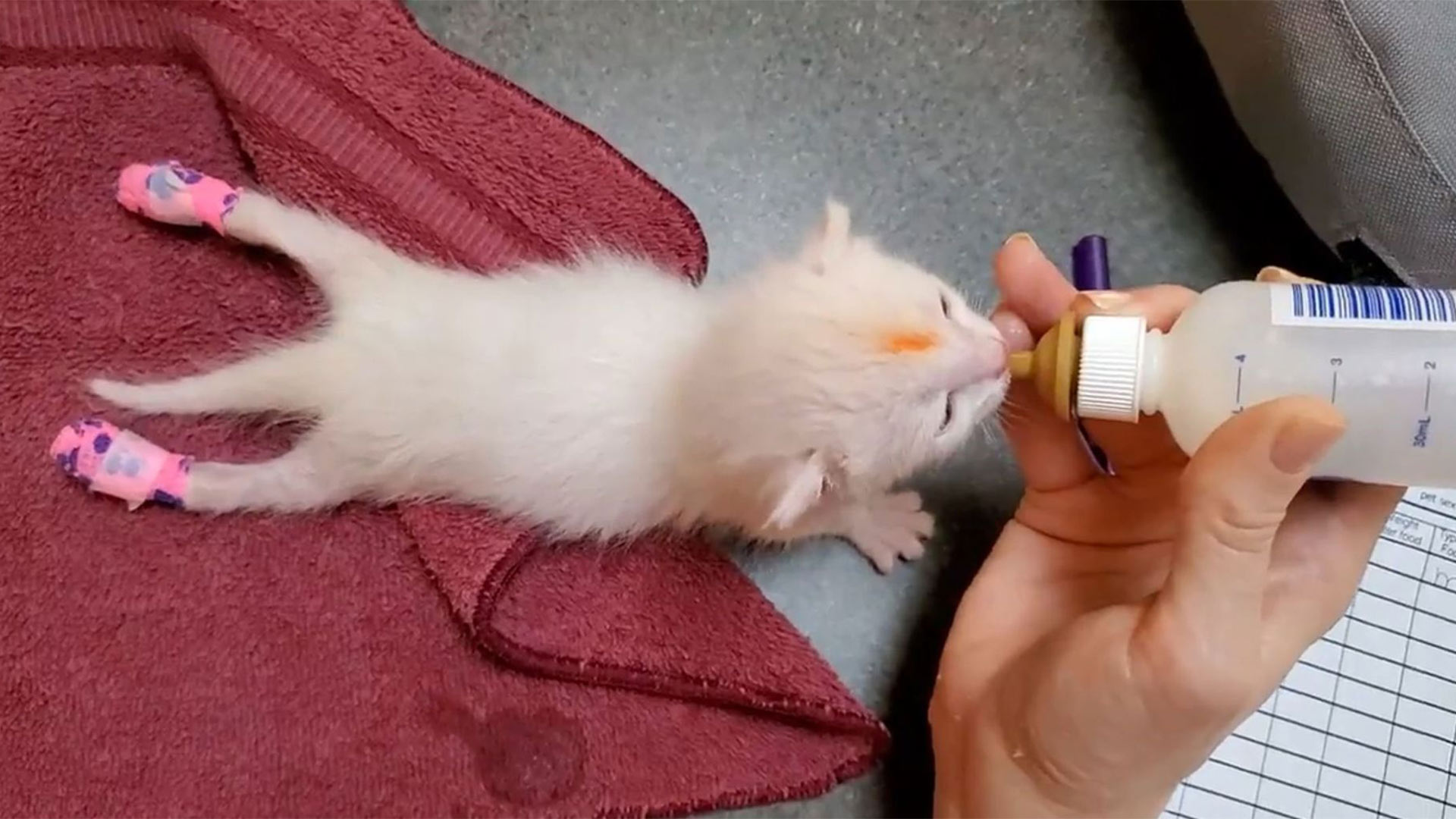 Zion not only did well, but he is also thriving in his new foster home. He is currently 8 weeks old and getting the care he needs to eventually be adopted.

The shelter says that he plays with the humans and other kittens in his foster home and will often fall asleep while his younger human sister reads to him.

More than 1300 orphaned kittens have been treated and rescued by the AHS in 2020. They need your donations to help with the rescue efforts.