This beautiful dog, Dickens, has had a ruff life. He was found, paralyzed by the side of the road, covered in maggots. He had a severe spinal injury and it was evident he would never fully use his hind legs again.

But this little fighter began to recover, bit by bit. Dickens was eventually fitted for a wheelchair. And just as his health was improving, so was his fortune. The media in Spain began to share Dickens’ story. Potential adoptive families’ letters poured in! A seemingly good family was chosen. And everything appeared to be a good fit. It finally seemed like Dickens would get his happy ending after all…

Then, just 9 months later, the saddest, most heartbreaking thing happened. As if Dickens’ life couldn’t get any harder for him, he was given up on again. The family was full of excuses, most didn’t even make much sense. Viktor Larkhill and the group that rescued him were stunned. They were stunned and aggravated! It was almost as if the family took him in just to gain fame in the media. What’s so aggravating is that many other loving families that wanted Dickens were turned away because the rescue group had picked this one!

Seeing Dickens look for them, while walking around the airport, totally unsure of what was going on, is probably one of the saddest things I have ever seen. How could anyone vow to love and care for him for life and then just give up on him without a solid reason? It was explained to the family time and time again what was needed for Dickens’ special care and they vowed to lovingly give him all he needed and more! 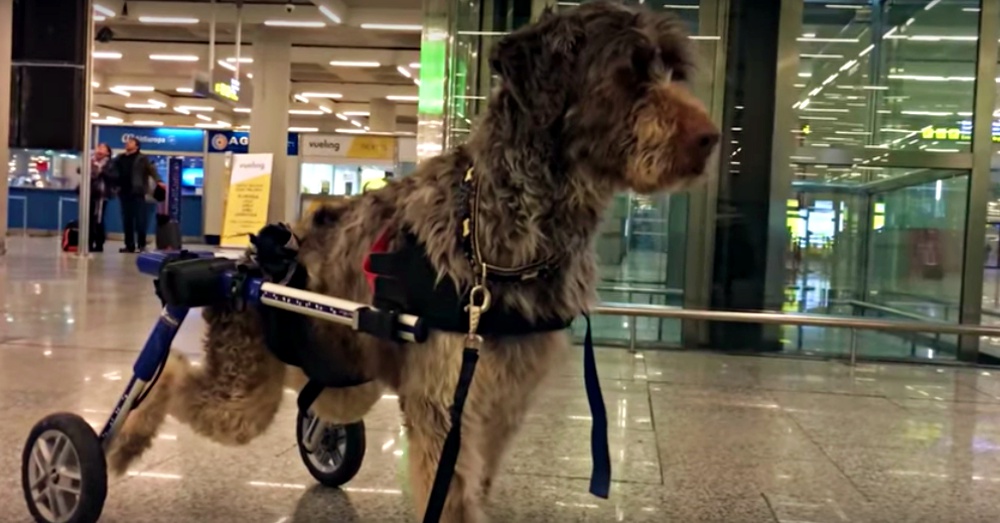 This beautiful dog that was dumped on the streets, suffered horrific injuries, (even covered in maggots) pulled through. He came so far, learning how to walk again with his awesome set of wheels. His spirits built up. Placed in what seemed like a loving home, was in need of another rescue. Again, Dickens needed help.

Thankfully, Viktor Larkhill picked Dickens up from the airport and he was brought to a wonderful place where he can be loved and cared for FOREVER. He will NEVER worry about being abandoned ever again! 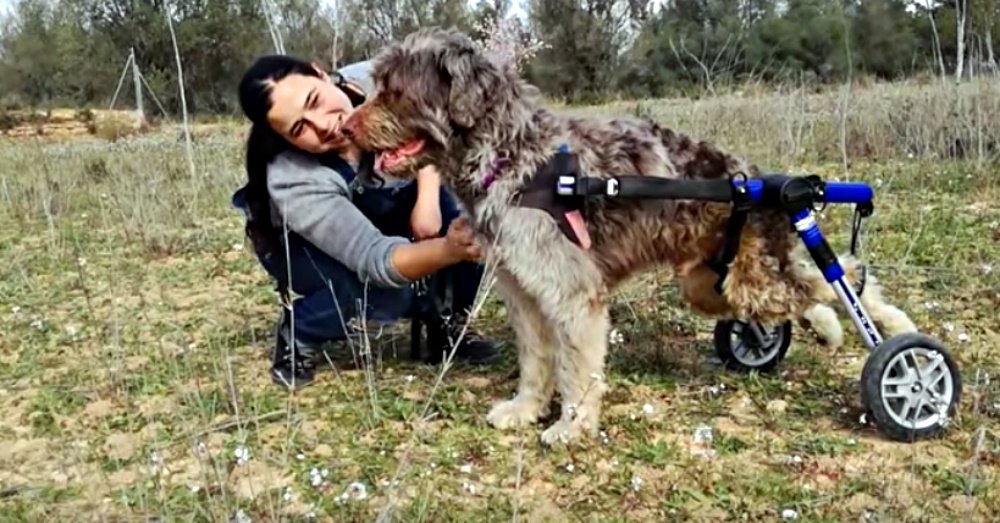 Dickens is now in a stabile place. He is happy and loved, surrounded by other happy pups and happy people.

Let’s share this story so that more people can UNDERSTAND that a dog is forever! Do not get a dog on a whim or because it’s fashionable. They aren’t here to please you. Any animal, with special needs or not, deserves a home where the family has thought every scenario through, and is ready for a lifetime commitment.

Dickens will always hold a place in my heart. Fur-ever! 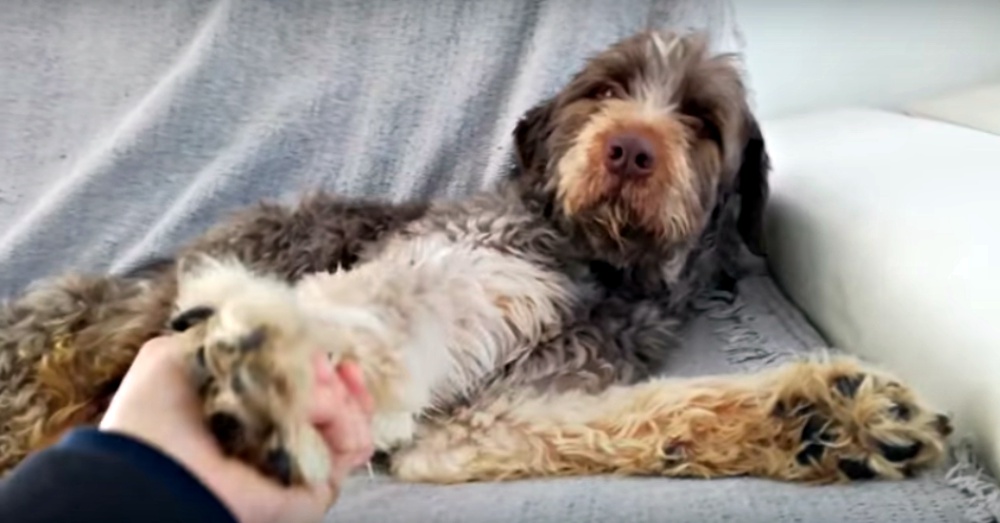