This Dog’s 2-Day-Old Puppy Was Freezing, So A Rescuer Wisely Put It Down Her Shirt

The Devoted Barn is a 53-acre animal rescue and rehabilitation facility 30 miles south of Detroit, where a network of volunteers have committed to improving the quality of life for dogs, cats, horses, llamas, sheep and rabbits in need. Nor does the group limit their outreach to animals in the immediate vicinity. In the video below, The Devoted Barn’s founder and owner Melissa Borden travels all the way to St. Landry Parish, Louisiana, to rescue a needy horse.

Once the group arrives at the farm, it’s pretty clear there are other animals in need of immediate attention. That’s how Borden & Co. also decided to bring a feral puppy, his kennel mate and that puppy’s mother, who has just delivered fresh litter of eight two-day-old puppies, along for the ride. 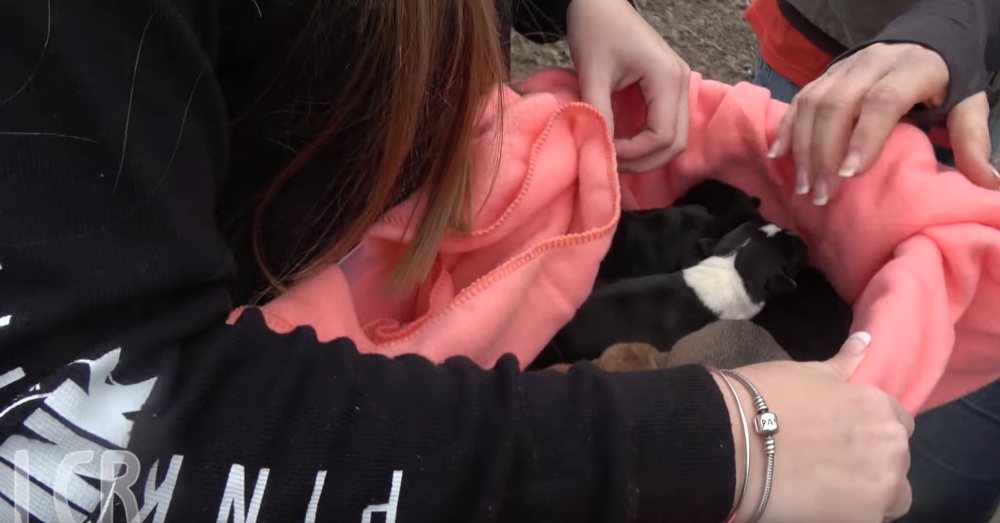 One of the eight fur-babies doesn’t appear like he’s going to make it, but thankfully Borden – who has literally spent decades rescuing underdogs – knows exactly what to do. She rubs the puppy in a warm towel to help him get warm and whets his lips with sugary fluids, while the big dog offers her baby some warm slobbery licks. (Thankfully Borden is here, because nobody else – including the mother dog – seems entirely sure what to do). 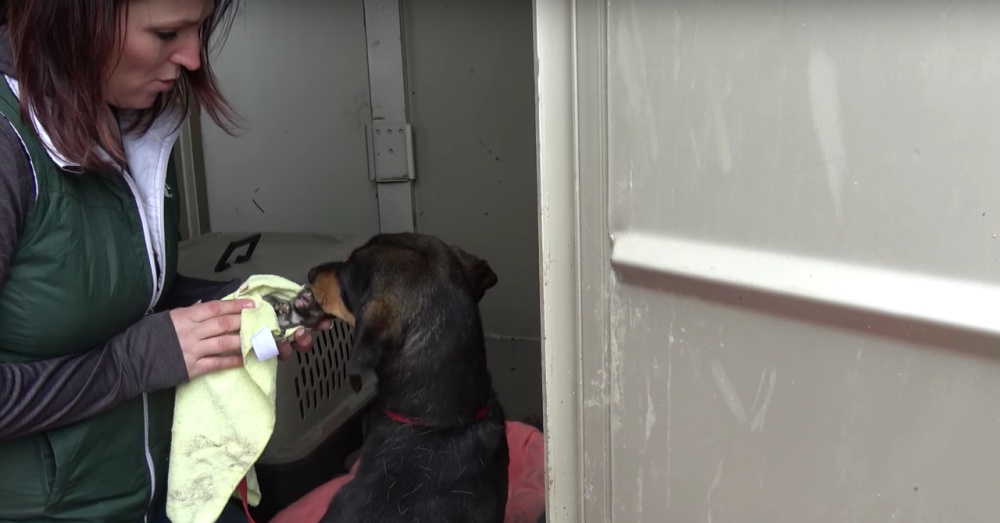 Finally, Borden tucks the fading puppy down her shirt, explaining that the transfer of body heat might help him regain his inner strength. “You’ve never been on a rescue with me until you have a puppy down your shirt,” Borden chuckles, noting that they’ll do whatever it takes to bring this little guy back from from the brink.

Thankfully, somebody managed to capture this rescue on film, which you can watch in the video below. Nor did Borden manage to make it out of Louisiana without folding another four puppies into the previously mentioned menagerie of rescued pets. Regardless, it’s a 17-hour drive back to The Devoted Barn in Michigan. Fingers crossed it will be a quiet ride. 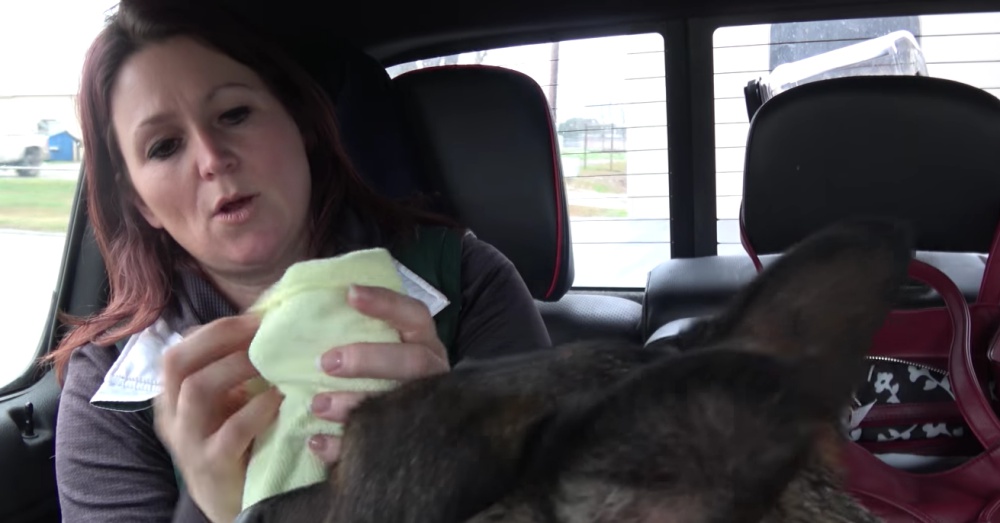 Watch this fascinating rescue below!

Click ‘Next’ to read about more awesome animal rehabilitation sanctuaries!