After tree trimmers found three injured and malnourished dogs chained to the backyard of a suburban Detroit neighborhood home, they knew they had to act fast.

The WA2S Films video below shows Detroit Pit Crew Dog Rescue confronting a resident of the address about the health of the dogs.

Sumpter pleads with the man to take the dogs to a veterinarian, after discovering they have been sick for some time and have been occasionally aggressive with one another. But unfortunately, even requests to remove the heavy chains from the dogs’ necks went unacknowledged.

The owner offered to surrender her dog, Max, after a conversation with Sumpter. Starving and weak, covered in fly bites, and scratched from an unsprayed female dog chained in the yard, Max wagged his tail as Sumpter escorted him into the DPCDR truck.

“Life shouldn’t be this hard for a sweet boy,” she said as he hopped in. “I’m going to take you to get some good treats.” 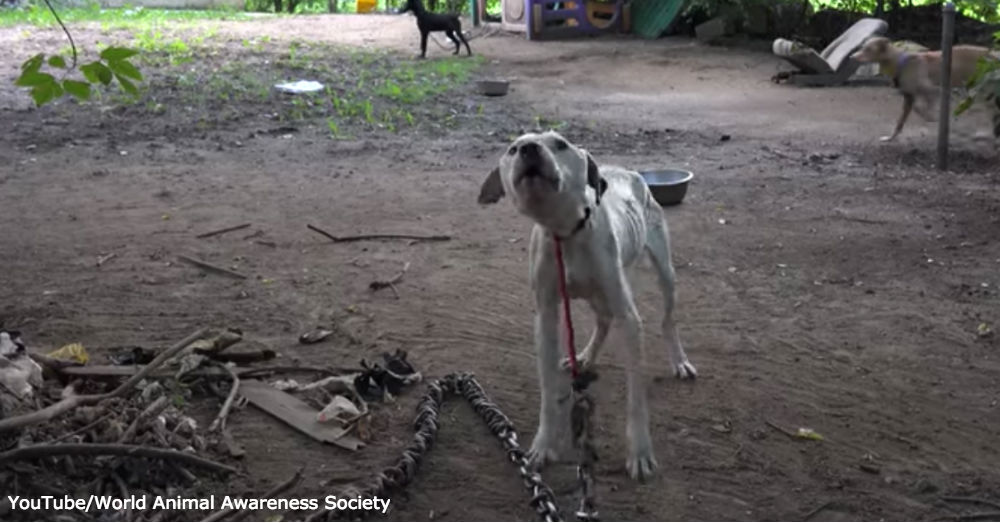 Max was taken to the Centerline Veterinary Clinic where he was treated and prepared to be adopted into a caring forever home. While satisfied with Max’s rescue, Sumpter worried the other dogs at the address will eventually face the same fate.

“This is from poor nutrition and lack of care and being left outside in the elements, probably since he was a puppy, just like their other puppies,” she said.

WA2S Films has handed its footage over to Detroit police and animal rescue authorities in order to hasten the investigation. 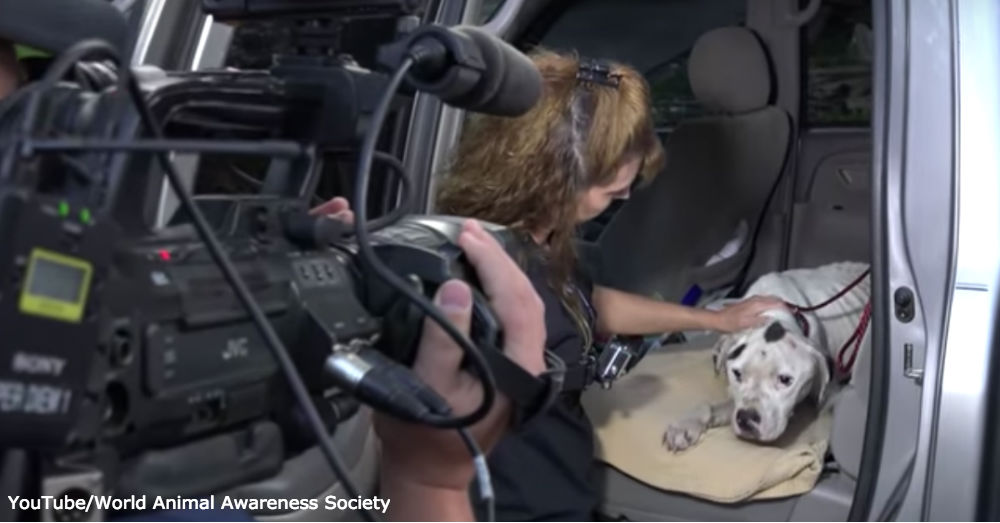 The World Animal Awareness Society’s documentary, “American Strays,” focuses on stray dogs across the country. The music video for the documentary’s closing song “Ruff Life,” was released recently. Follow this link to see singer-songwriter Arthur Yoria’s performance and the real-life rescue story behind the video.