UPDATE: While we originally reported that Denver, Colorado, could be the first city outside of California to ban the declawing of cats, a unanimous city council vote made that potential consideration a law in the city. 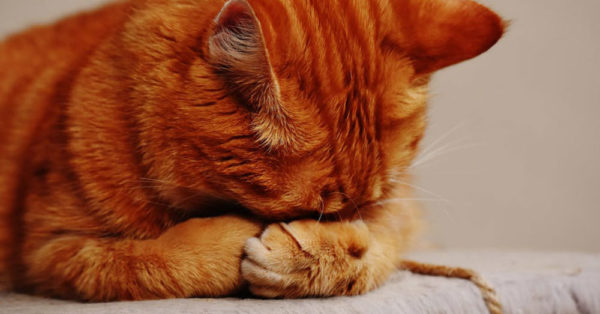 Read the original news story below.

Denver is one step closer to a cat-declawing ban after the city council voted to consider the measure. The council is expected to cast the final vote on Nov. 13, but the rest of the United States has already begun to take notice.

Los Angeles banned declawing cats in 2010, followed by San Francisco, Burbank, Santa Monica, Berkeley, Beverly Hills, and Culver City. In each case, veterinary experts have been called on to share their opinions of the medical procedure, and in each case, they’ve come out against it.

“It is cruel,” Aubrey J. Lavizzo, a veterinarian and a director of the nonprofit Paw Project, told the New York Times. “It is animal cruelty, and that is why it is an issue.”

The new bill was sponsored by councilwoman Karen Black and stands to be the first cat-declawing ban to be passed outside of California.

“It’s a cruel procedure,” said Black. “A cat declawing actually severs the tips of the toes of cats, and they use a piece of equipment similar to a cigar cutter.”

Cat declawing has historically been a common practice for people who don’t want their furniture, or forearms, scratched. But recent studies have shown that declawing can seriously impede a cat’s ability to use the litter box or force them to rely on biting instead of scratching for self-defense and other natural cat behaviors.

Along with that, the cat may live in constant pain or suffer from nerve damage, infection, or worse.

According to the Humane Society, “Declawing traditionally involves the amputation of the last bone of each toe. If performed on a human being, it would be like cutting off each finger at the last knuckle.”

The procedure provides no benefit to the cat and in many cases leads to behaviors that are just as frustrating as scratched furniture.

“Most want to declaw because of the cat’s destructive behavior,” Denver veterinarian Dr. Kevin Fitzgerald told KDVR, noting that declawing isn’t unreasonable in every case. “If the person — the human owner — is really sick and has an autoimmune disease [so] that a cat scratch may endanger their health, that’s a different story.”

If the ban is approved, Denver Animal Control would be responsible for enforcing the city’s new feline protective measure.

Declawing cats is sadly a very common occurrence in the United States. According to the Humane Society of the United States, the practice is banned in Europe, Australia, Japan, and 21 other countries. Despite the international consensus against it, American cats are subjected to this barbaric act.

Click the button below to make a difference and end declawing in the U.S.!

The process of declawing involves amputating the final knuckle joint in a cat’s paws. It is NOT a simple nail clipping. The procedure not only mutilates the cat’s paws but can also lead to many complications.
Tell the American Veterinary Medical Association to make the refusal to perform onychectomies part of its membership criteria!
Make a difference