Zucca the labrador retriever is a therapy dog with a very special job. He accompanies children with autism, Down Syndrome, and other special needs to their dentist appointments to help them cope with anxiety and communication difficulties they may have during the visit.

Zucca, along with his owner, Raul Valera, lives in Santiago, Chile. Valera directs a non-profit organization called Junto A Ti, which means “next to you” or “with you” in Spanish. Several dogs like Zucca are part of the organization and work to help people with autism feel safer and calmer during appointments that are likely to cause anxiety problems. 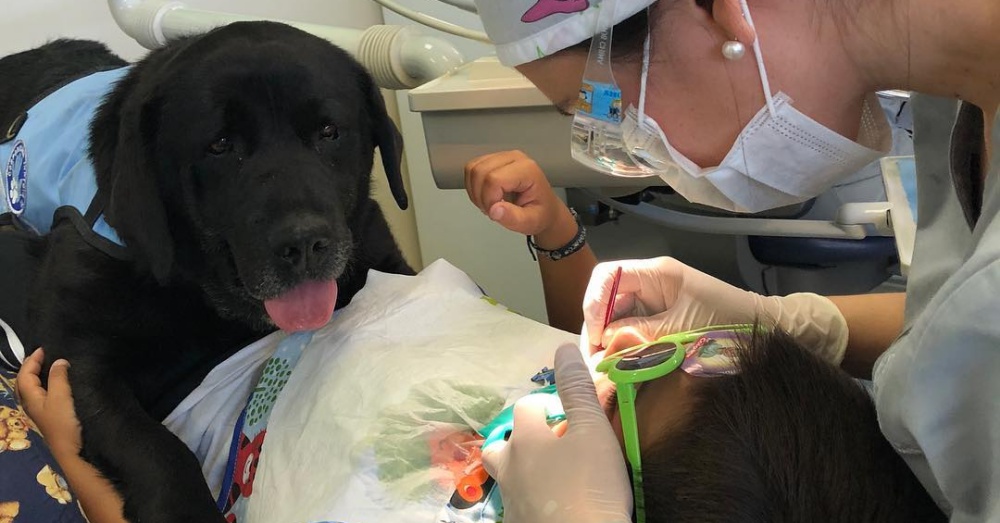 Some dentists were initially resistant to the idea of allowing dogs into their operatories, and we can understand why. While these creatures make fantastic companions, not all of them are clean enough or well-behaved enough to be present during such delicate procedures as the ones dentists perform. And, even in the case of the cleanest and best-behaved dogs, it seems unlikely that having an animal in the room would be a better tool for calming an autistic child than general anesthesia. 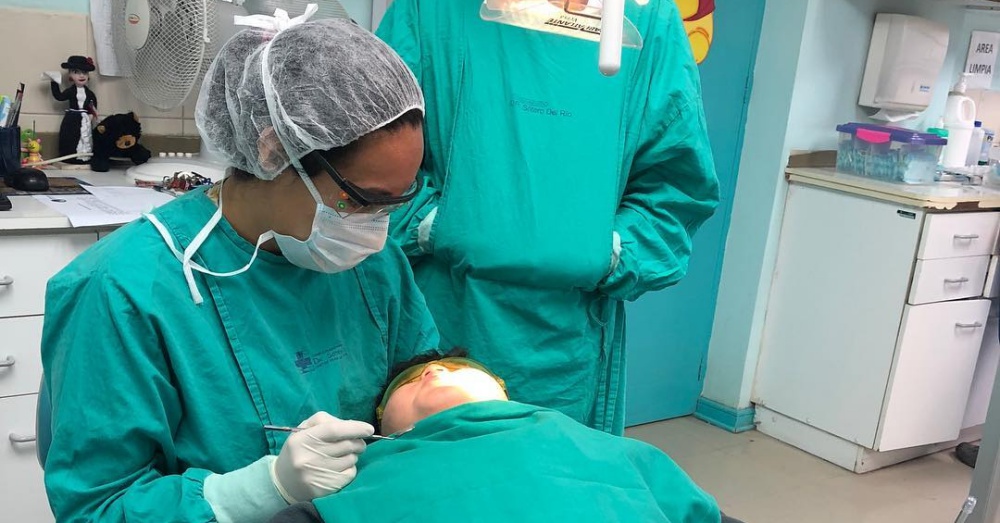 However, general anesthesia, which effects the entire body, can be dangerous and should not be used when not necessary, based on the invasiveness of the procedure. So if there’s any way to avoid giving a child more medication than actually needed, just for the purpose of sedating them, it’s worth a try. 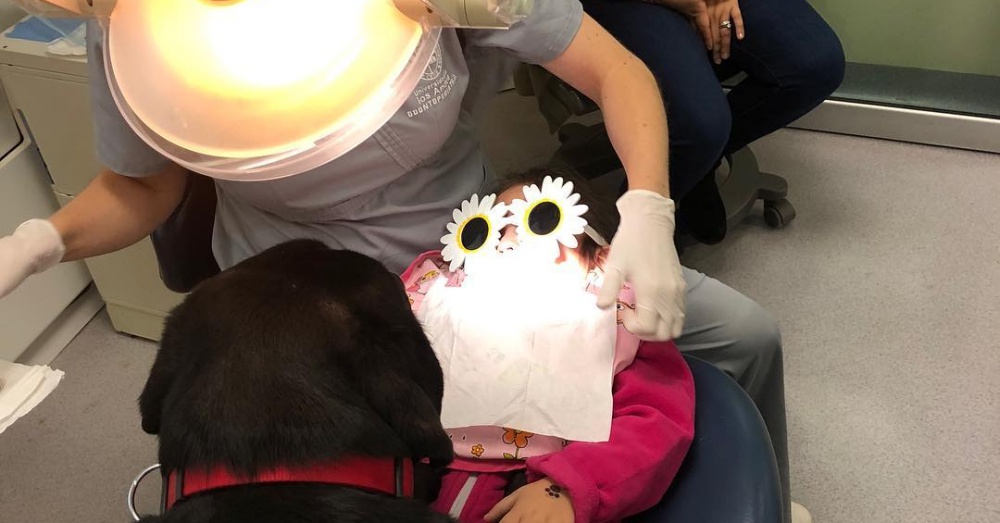 As it turns out, the dogs have been a big help, allowing doctors to perform everything from routine checkups to surgeries without any more medication than an ordinary patient would require. General anesthesia is no longer needed to sedate a patient with autism in order to keep them from becoming stressed and acting out during a procedure. Instead, Zucca or another dog sits quietly on their laps throughout the procedure. And he’s always up for a little fun before and after! 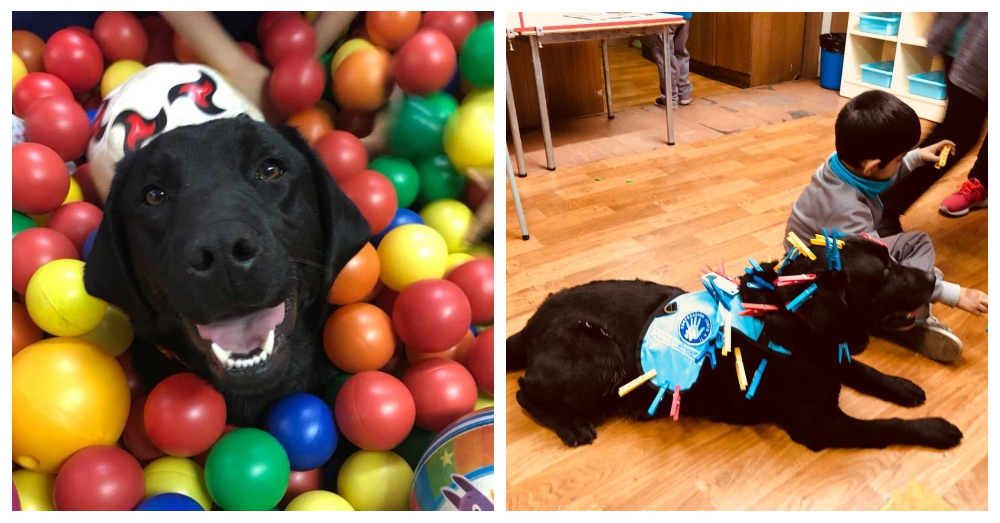 “It takes a little longer to a normal appointment,” says Valera, “but it’s not very invasive.” 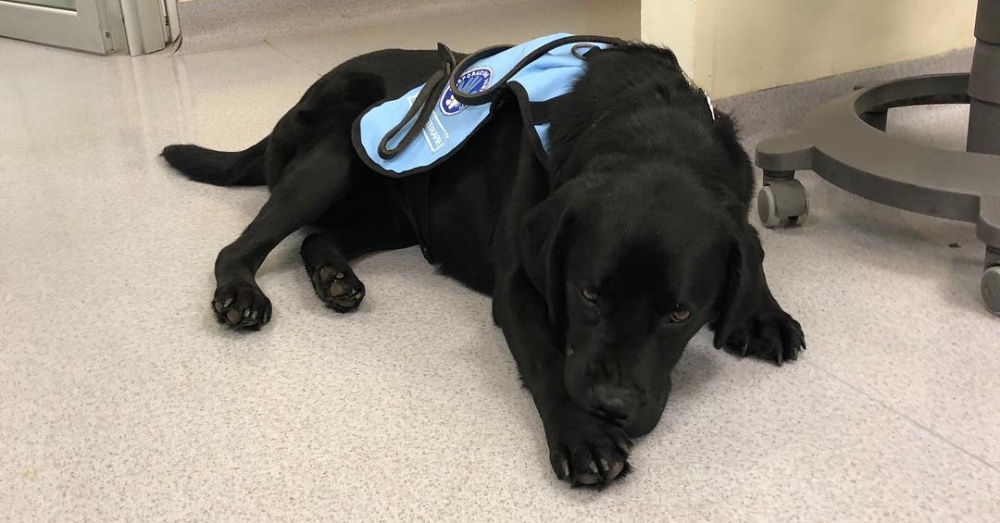 Valera has received a great deal of positive feedback regarding the use of his dogs to help their children get through stressful situations. Recently, Zucca helped a young boy named Mateo get through a surgery without the use of general anesthesia. His mother, Maria Fernanda Careers, says she has never seen him so relaxed. 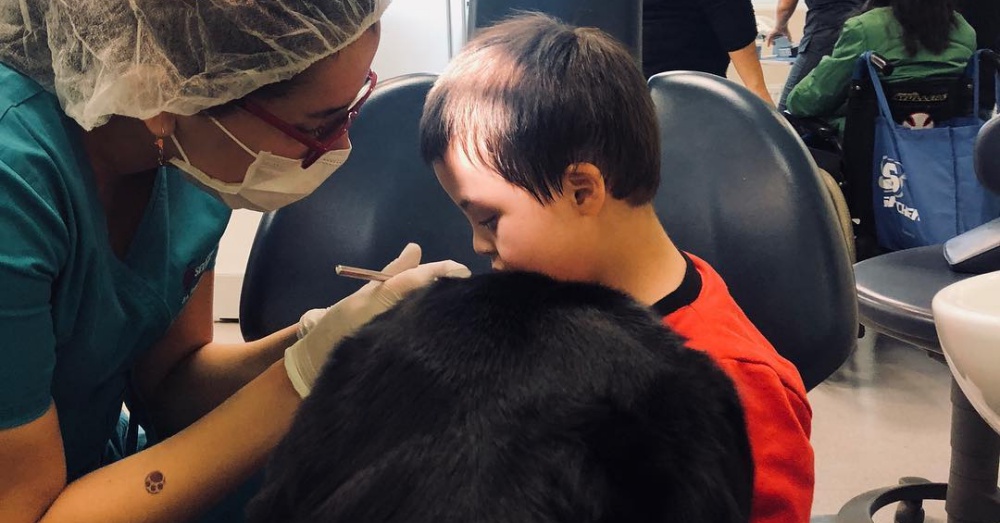 “He let the dentists work. He did not even shout,” she says.

We cannot thank caring individuals like Valera and Zucca enough! You are making a huge difference in the lives of people with special needs!

5 Tips to Make Getting a Haircut Easier for Your Child: Click “Next” below!