The heavy rainfall in Southeastern Spain has created a number of different problems. Some of the worst issues include property damage and flooded roads.

In Huéscar, the flooding caused a ditch along a road to fill with water and a deer fell into it. The deer was unable to climb out of the ditch to safety so he struggled until he was worn out. 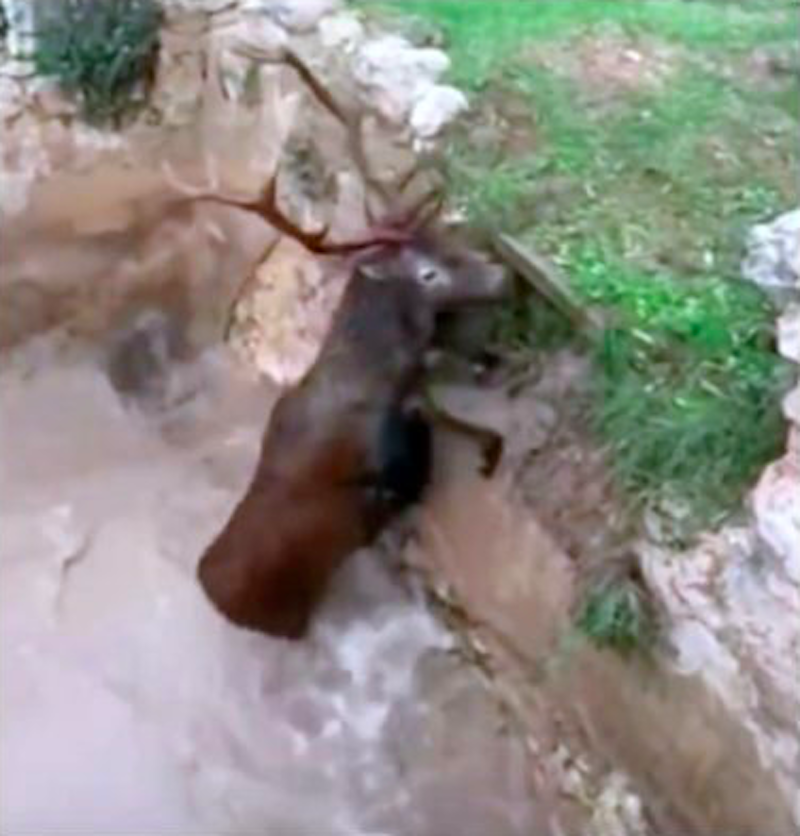 The deer was in luck because cyclists were passing by and saw the deer struggling in the water. They knew it would be difficult to get the deer out of the water but they felt they had to try.

As you watch the video below, you can see the deer trying to jump out of the water on a number of occasions. The cyclists gathered at the edge of the pit and grabbed the deer by the antlers. They then pulled him free. 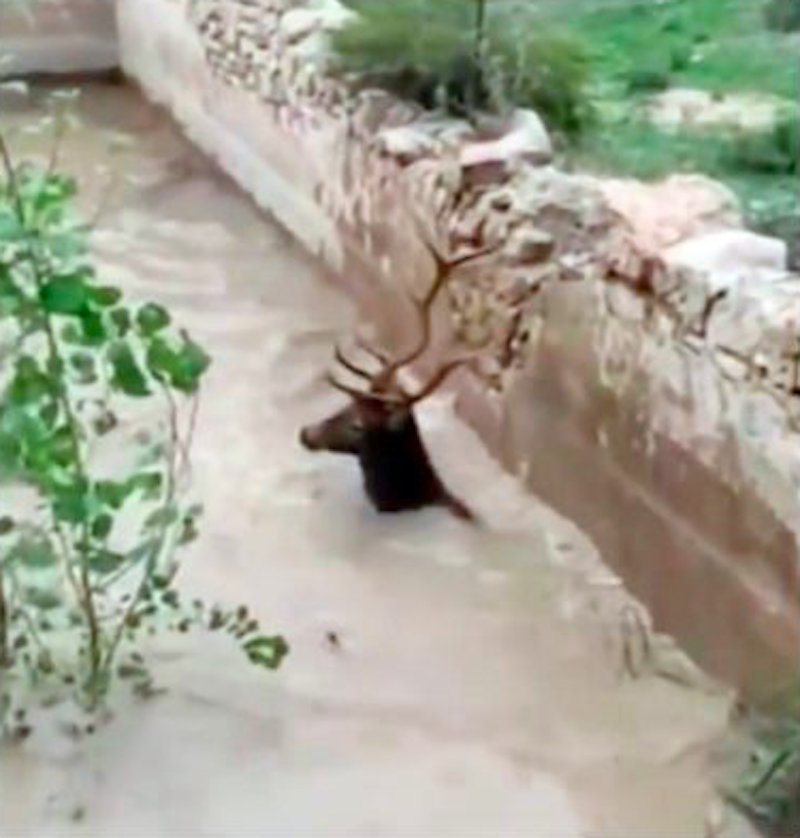 When the deer finally got free from the water, the cyclists fell backward. The deer then ran off unharmed into the woods.

The quick thinking and kind actions of those cyclists saved the deer’s life. 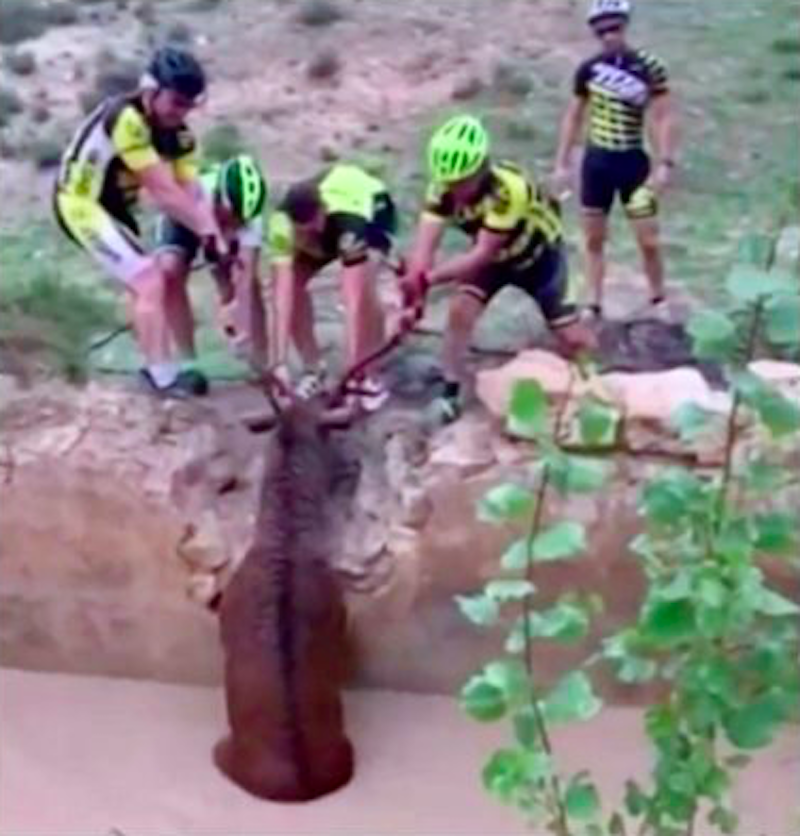 You can see the rescue in this video: