At first sight, this cat looks more like a cuddly kitten than a huntress. The adorable face and small size only disguises the cat’s greatest talent…hunting.

Africa’s smallest cat, the black-footed cat, is also the world’s deadliest. Weighing in at only three to five pounds, these cats are a force to be reckoned with. They have a 60% success rate when hunting, which is the highest among all wild cats. In comparison, the remarkably effective housecat has a hunting success rate of 32%, and a lone lion succeeds just 18% of the time.

This black-footed cat named Gyra hunts in the Karoo Desert in South Africa. According to the BBC, she may walk up to 20 miles in a night to hunt for prey.

She is a mother and has a kitten that is relying on her to provide food. The kitten stays back at the nest for safety, which is a burrow in the ground.

According to Big Cat Rescue, “The underside of the paw and the paw pads are black. That is where their name comes from.” The cats seek shelter in burrows and are not tree climbers.

Just like us, she has her preference when it comes to food. Her favorite is gerbils. However, she will eat small birds and any rodent she can find in the desert.


So how are they so precise on their hunt? Black-footed cats stalk their prey and wait for the perfect moment to pounce. The key is to wiggle and get as low as possible to the ground with their legs tucked under them. Their legs act like springs and allow them to leap high in the air to capture the prey.

These cats are as deadly as they are adorable. It is rare to see one, as they are nocturnal and solitary unless it is mating season. However, you may be lucky enough to see a female raising a kitten, like the mother Gyra in this video.

Check out this video to watch the rare black-footed cat hunt and interact with her kitten. 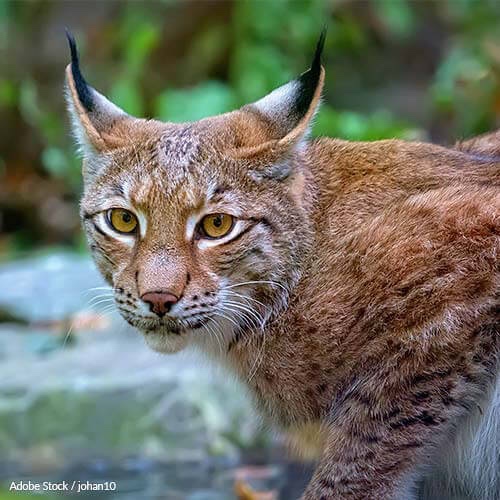 “Foothold” or traditional “leg hold” traps snare an animal by the leg once they’ve reached in to grab bait. They have been traditionally used by fur trappers, as the mechanism does not harm the majority of the animal’s fur. Once trapped, the animal is unable to eat, drink, return to their nest or babies, find shelter, or defend themselves from predators.

This atrocious method of trapping animals has been banned in 80 countries and eight U.S. states. There is no reason it shouldn’t be banned in all 50.
Sign the petition below and tell the Director of the United States Fish and Wildlife Service (USFWS) that leghold and foothold traps should be banned completely in the U.S.
Sign Here!