More than 350 elephants have dropped dead in northern Botswana, many while drinking at their favorite waterhole.

The first signs of this “conservation disaster,” were noted in June, Unilad reports, when 169 elephants were found dead in the Okavango Delta. 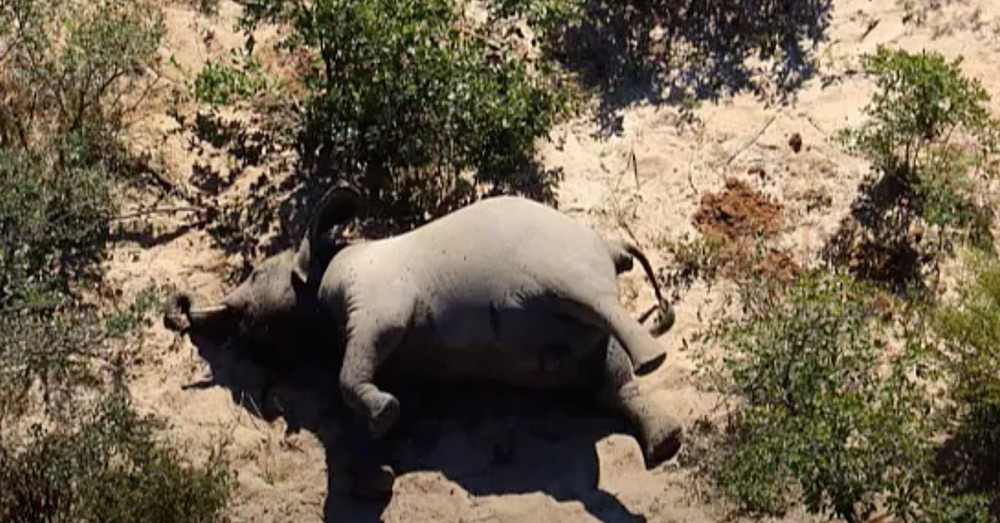 Source: YouTube/NewzTech20
Hundreds of elephants have been found dead in Botswana.

Less than a month later, the number had more than doubled.

“This is a mass die-off on a level that hasn’t been seen in a very, very long time,” McCann told The Guardian. “Outside of drought, I don’t know of a die-off that has been this significant. 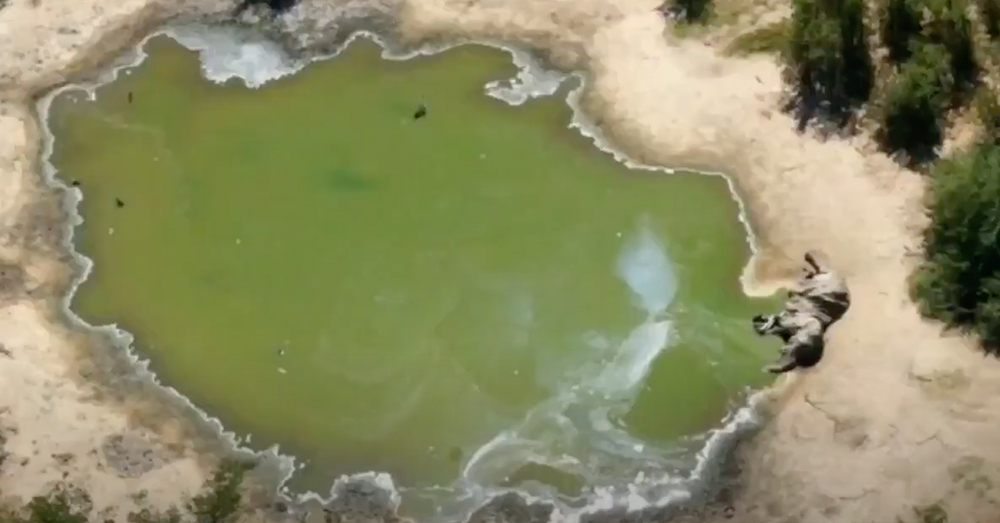 Source: YouTube/NewzTech20
Scientists are baffled as to why the elephants have died.

McCann and other scientists are unsure why the elephants are dying, but signs point to either poisoning or a pathogen passed in drinking water. Many of the elephants died by falling forward onto their faces, while some of the remaining animals have been observed walking in circles, potentially suffering from a neurological pathogen.

Cyril Taolo, acting director of Botswana’s department of wildlife and national parks, said samples have been sent off for testing, with results expected in the next couple of weeks. That’s not soon enough by some standards. 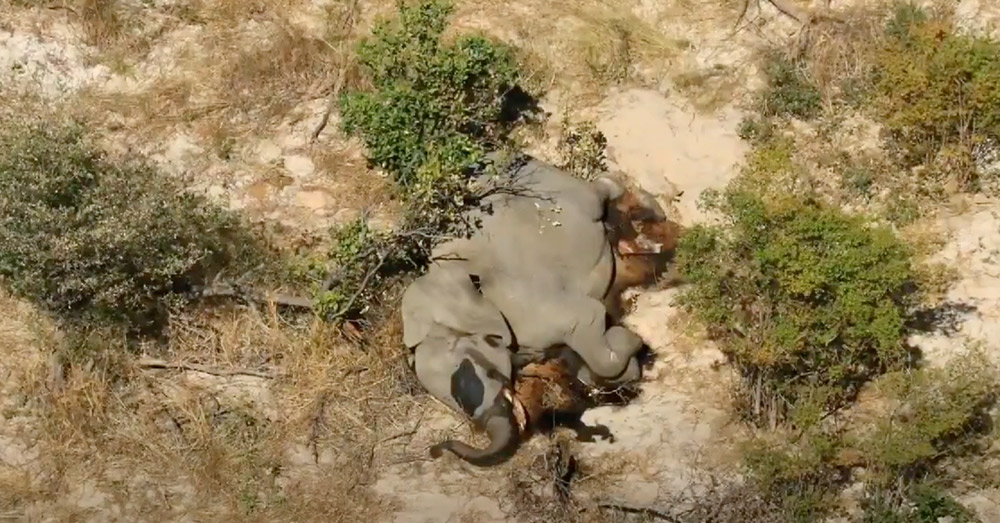 Source: YouTube/NewzTech20
It’s possible the deaths have something to do with polluted drinking water.

“Months after the initial carcasses were discovered, there is still no answer as to why that many elephants are dead,” wrote Ecologist and LionAid director Pieter Kat in a blog post.

“When we’ve got a mass die-off of elephants near human habitation at a time when wildlife disease is very much at the forefront of everyone’s minds, it seems extraordinary that the government has not sent the samples to a reputable lab,” McCann said.

Source: YouTube/NewzTech20
It could be weeks until samples from the elephants are tested.

“This is totally unprecedented in terms of numbers of elephants dying in a single event unrelated to drought,” he continued. “Yes, it is a conservation disaster – but it also has the potential to be a public health crisis.”

The EPA Is Changing The Way Polluters Report Harmful Chemicals, And Giving Them More Reason Not To: Click “Next” below!