Darla, a blind Pit Bull, ended up in a shelter facing an outcome that too many animals unfortunately face… the loss of her babies. She also, sadly, had several strikes against her: being a Pit Bull, being blind and being pregnant. 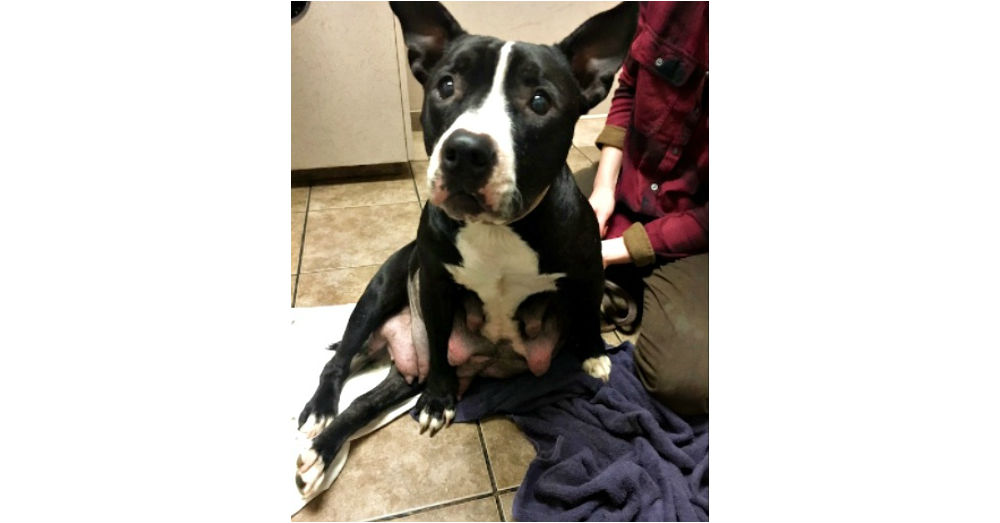 Shelters often abort litters for fear of spreading infection and not having enough resources to take care of the babies. Plus, Darla couldn’t see! This was a heartbreaking scenario BUT Darla had a guardian angel that was about to change her life!

Luvable Dog Rescue has been made “media famous” for their big hearts and beautiful cottages that are available specifically for Pit Bulls. The dogs don’t live in cages, they live in little houses with heated porches, where they get lots of belly rubs, yummy food and pre-natal puppy massages.

Knowing the statistics Pit Bulls face, Luvable Dog Rescue is doing something about it. But even though Darla was now in a safe place, she had scary challenges ahead. Her belly appeared very large. Even with the vet assuring everyone that she was okay, something seemed off.

Wilhardt told PupJournal, “for such a tiny dog, her stomach looked grotesquely extended…far more so than I had seen with all our previous pregnant dogs. The days passed, and Darla just got bigger, and bigger and bigger. But she was eating, seemed to feel ok, and and we had no real reason to think anything was wrong. An X-ray showed eight “normal sized” puppies, so we had no real reason to worry.”

But there had to be something wrong! How could Darla be that big? Others, one a mid-wife had a feeling that something indeed was going on that just wasn’t showing up on tests. And she was right!

The next day, Darla delivered the first puppy without a hitch. But when the second pup was ready to come out, something was horribly wrong! The puppy was stuck. Wilhardt describes what happened: “With Darla pushing and screaming, and me pulling, I managed to get the baby out. The puppy was so enormous, she literally almost could not pass him. And the poor little boy was dead.”

Darla was rushed to two emergency vet clinics. It was chaos! As they drove, during terrible dense fog and icy roads, Darla delivered another puppy in the car. 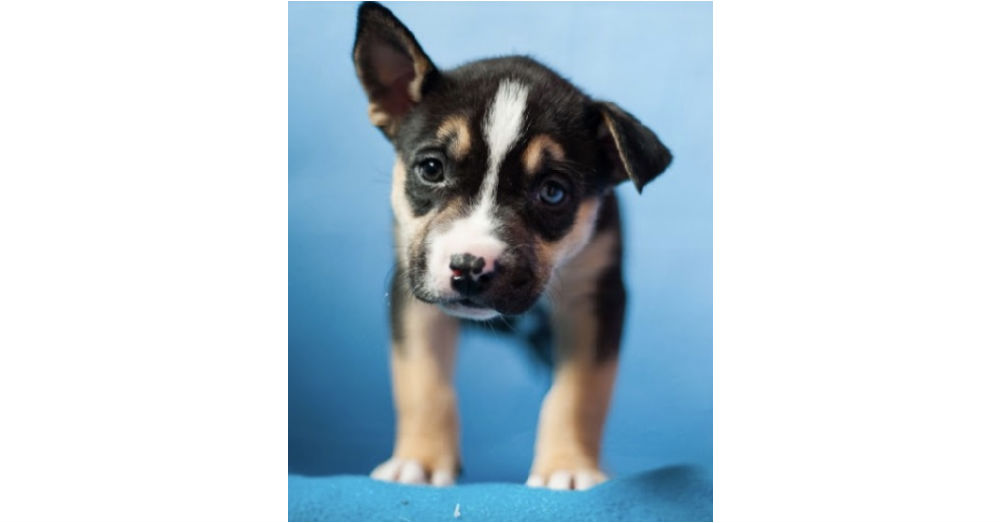 When they finally reached the second clinic, the staff performed an emergency c-section and that’s where they discovered a large, mummified stillborn puppy. Darla was such a trooper in spite of going through so much. In spite of her puppies nearly killing her!

Now, finally after all that trauma, Darla has eight healthy puppies. They are all named after the Little Rascals: Buckwheat, Stymie, Petey, Spanky, Pork, Alfalfa, Froggy, and Rascal. A DNA test came back and confirmed that they’re 50% Pit Bull and 50% Siberian Husky. 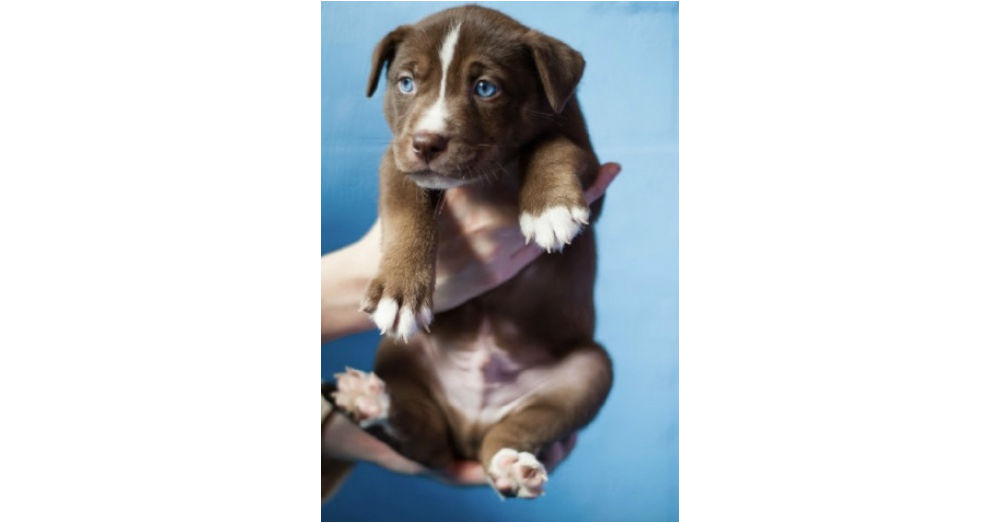 Christine Lagos, a primary caregiver for the puppies at Luvable Dog Rescue says, “Darla’s blindness does not stop her one bit from being an amazing mom. She cleans, feeds and even plays with her pups just like any other. Darla has learned to be more reliant on other senses, such as sound and tactile. She regularly seeks out our lap for cuddles and reassurance. This experience of caring for Darla and her puppies has been life changing for me. The bond we have has been unlike any other.”

Another staff member, Kayla Barilleux, said about the super-hero mom, “I’m so extremely proud of her. I’ve never experienced a blind mom dog go through such great obstacles and come out conquering the world with a crew of 8 adorable healthy puppies.”

Darla is living proof that no matter what challenges we face, with the love and support of caring individuals, we can get through almost anything. Even if we can’t see who is there. Do you believe in guardian angels?

See some adorable footage of Darla and one of her puppies below!