For many humans, dogs hold a special place in the heart. Their warmth, their faithfulness, their slobber; all seem to come together to create the perfect friend.

Being just a friend is small potatoes for a few of those dogs, however. November 24, 2016 found a handful of clever canines catching headlines for their feats. Whether it was the smell of stuffing that got these pups moving, or just an unbreakable bond with their owners, a handful of families in the U.S. have plenty to be thankful for this season.

Thanks to the kindness of a stranger, the Front Street Animal Shelter, and a Facebook video, there is more than just holiday cheer around the Koryaka household this year.

Zhanna Koryaka’s dog Ruby had been missing since October 2015. She managed to escape the Koryaka’s yard one night and hadn’t been seen since. And while Zhanna, then 8 months pregnant, and her husband Val were vigilant in checking local shelters, Facebook, Craigslist, and pasting the neighborhood with flyers, they lost hope after a while.

A baby came and the Koryaka’s were left with significantly less time to search for Ruby. But in Zhanna’s case, absence not only made the heart grow fonder, but the memories stronger.

Now a year later, Sacramento’s Front Street Shelter has been offering adoptions at no cost through New Year’s Eve after a local woman generously covered the fees. Her gift to the animals was hopefully finding them all homes for the holidays, and the shelter was promoting the dogs online.

Zhanna immediately noticed Ruby in the shelter’s Facebook video and got in touch with the rescue workers.

Thanksgiving brought with it a Koryaka family reunion of sorts, and a chance for the couple’s young baby to meet a long lost furry sibling.

“We’re extremely thankful to God. He brought Ruby home,” said Val. “Now we can celebrate Thanksgiving all together.”

On the other side of the country, Delray Beach’s Bill Gerstein was unexpectedly reunited with his dog on Thanksgiving, as well. Although, Bella, Gerstein’s Maltese-Pomeranian mix had been gone for much longer than just a year.

Gerstein had last seen his Bella on Dec. 13, 2013, and spent countless nights trying to find her following the dog’s disappearance.

“We searched, we put up signs, we were at this place until 2 in the morning,” he told WPTV.

The search efforts did not pay off, and after years, Gerstein had all but given up on finding Bella. Then came an email from a New Jersey shelter.

Bella had been picked up and her microchip scanned. And Gerstein was out the door as soon as he heard the news.

“Within 10 minutes I booked a flight on Spirit, my wife drove me to Fort Lauderdale Airport and I was on my way,” he said. “I picked her up she was shaking uncontrollably for 10 minutes. I think she was in shock that we were reunited.”

According to WPTV, Bella had been living with another family for 9 months before escaping from that home, as well. How she made it from Florida to New Jersy is still a mystery.

“I wish that she talked, I wish she was wearing a GoPro or something like that because she has some story to tell,” Gerstein said.

It’s not uncommon for families to gather on Thanksgiving to share warmth and company. When things got a little too heated in one Wisconsin home however, a hero named Jojo helped usher his family out of a burning house.

The Lane family, of Lexington, SC, were fast asleep at 2 a.m. Thanksgiving when their dog Jojo started barking suspiciously.

When Nelly Lane went to check on the dog she was greeted with more than just an anxious pup.

“I ran downstairs and before I got to see her, I saw through the kitchen window orange, just a ball of orange glowing,” Lane told WISTV.

Lane credits Jojo with saving the family on Thanksgiving. Even though the family’s home was burned to the ground, the most important things were kept safe thanks to a quick thinking canine.

“I really believe she did save our life because with the fire starting outside, the smoke detectors would not have gone off until it was too late,” Lane said.

Now staying with local relatives, the Lane’s intend on rebuilding their home. Whether or not Jojo will have a say in the design plans is unknown. 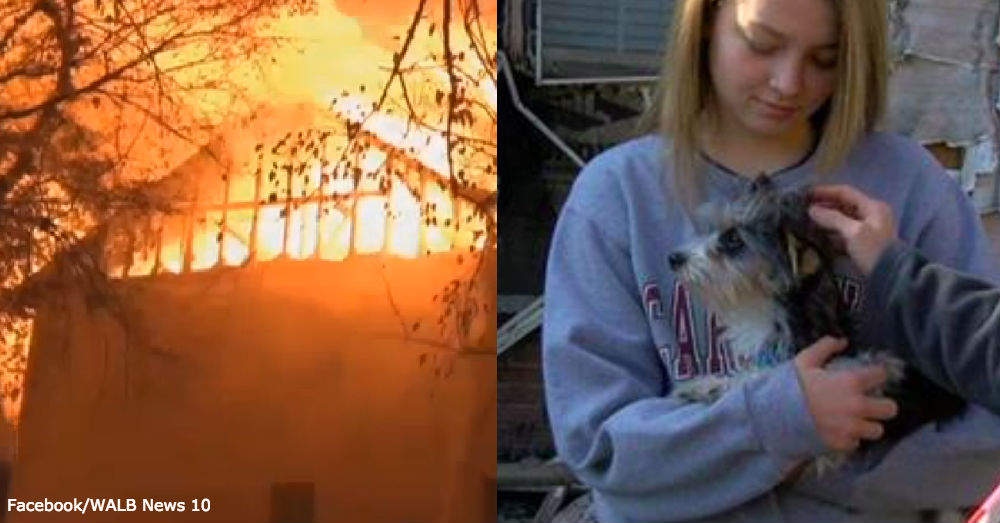 The Animal Rescue Site wishes the best for Ruby, Bella, and Jojo, and countless other brave dogs this season. But we cannot deny the importance of finding forever homes for those still in shelters.

At the Special Pals Shelter in Houston, Tex., financial obstacles are keeping the facility from meeting its adoption goals. Certain features at Special Pets need to be improved for the increased mental health of the animals in their care. The dogs at the shelter spend most of their times in kennels, which means they don’t get much time to run and play, and spend much of their time stressed out. And the only space for cats is in the lobby of the shelter, where their cages line the walls.