Dallas Police horse ‘Cash’ sustained a deep wound after a violent protester threw a brick at his head.

People across the country have taken to the streets to protest against police brutality after the death of George Floyd. While most of the protests have been peaceful, some have turned into riots.

A protest in downtown Dallas quickly turned into a riot when protesters “began smashing windows, looting and setting fires,” reports photojournalist @FOX4Terry. During the chaos, police horse Cash was hit in the head by a large brick or rock by a violent protester, who was detained.

Officers and firefighters rushed to help stop the bleeding from the large gaping wound on the horse’s head. The photo of Cash’s bloodied face surrounded by officers went viral.

The suspect, 18-year-old Alexander Delgado, was arrested and charged with assault of a police animal, which is a felony.

Cash returned to the stables to recover and the Dallas Police Department reassured concerned citizens that he was “on the mend”. Aside from wishing Cash a speedy recovery, many people sent treats and gifts.

The officers made sure Cash received the best care. “Cash has been enjoying some TLC getting apples, carrots and peppermints.”

Cash has made a full recovery and is back at work, but this incident and others involving police horses have people questioning if horses belong at protests. The lives of the horses, officers, and protesters are endangered when protests turn into riots.

Sign the petition below to ban the use of police horses at protest for the safety of the animals and people.

Ban The Use Of Police Horses At Protests 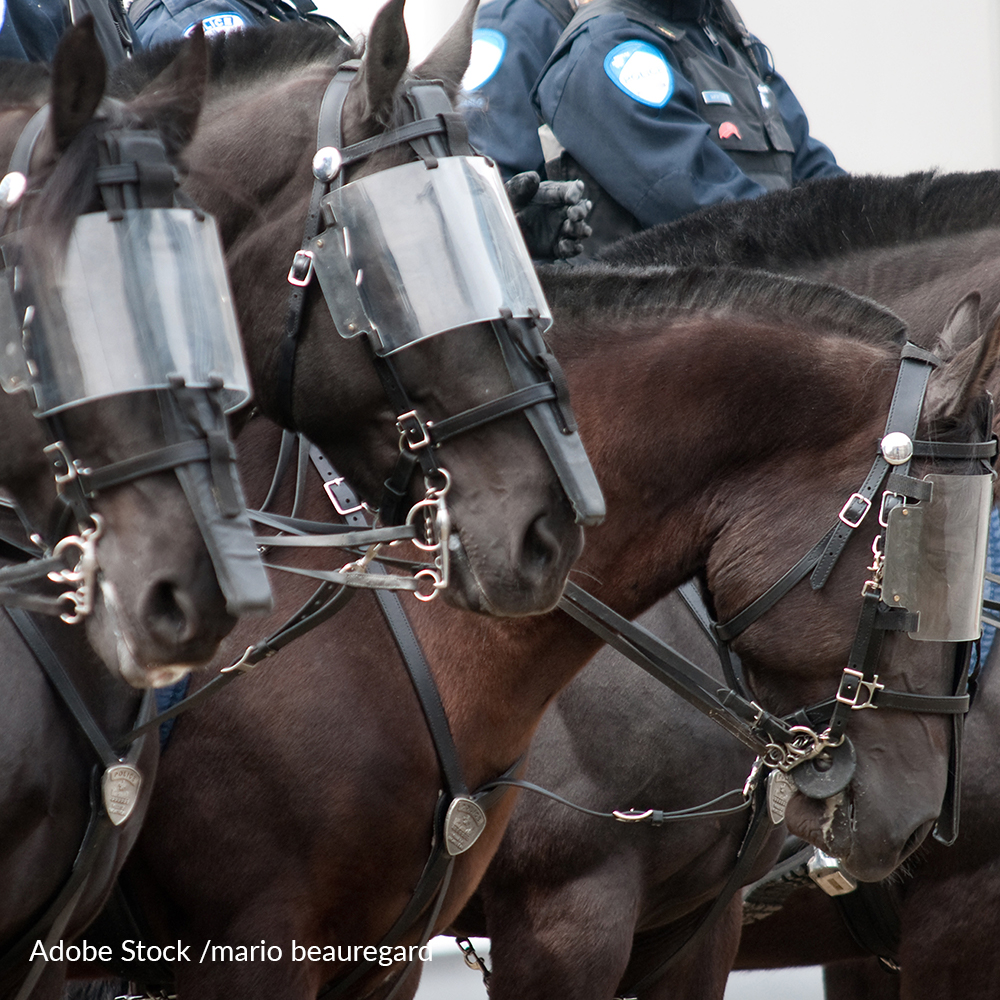 For the safety of people and horses, please ban the use of police horses at protests.

Horses are loyal, smart companions. They shouldn’t be exposed to these dangerous situations. “The big gentle giants don’t deserve to be hurt.”

We urge all 50 states to pass legislation that bans the use of police horses at protests.
Make a difference!