If you have an active dog in your life, you probably enjoy taking them for walks, playing a game of fetch or even going out for a hike. It gets even better if your animal happens to love the water because you can take them out on the water and get to know them even better. If you happen to take a dog out in a kayak, remember that they are curious and they might jump in without even thinking about it. Even though dogs can swim, it doesn’t mean that they are able to swim well. One way you can keep your pet safe is to use a personal flotation device. There are also other options.

As an example, take what David Bahnson did to help keep his dogs safe in the water. Bahnson is a retired orthopedic surgeon and he loves going kayaking with his golden retrievers. He also worries about those dogs drowning so he designed a very unique boat to help keep his dog safe.

The idea for the customize kayak came when Susie, his first golden retriever got into the baggage compartment of the kayak in 2015. He began modifying the boat with a second pouch to carry extra items with him. As it turns out, the dogs sit down into the pouch perfectly so he then fits the top of the opening in a way that would keep the dog dry and safe.

Eventually, his wife got another golden retriever so he added a secondary pouch for the new dog. 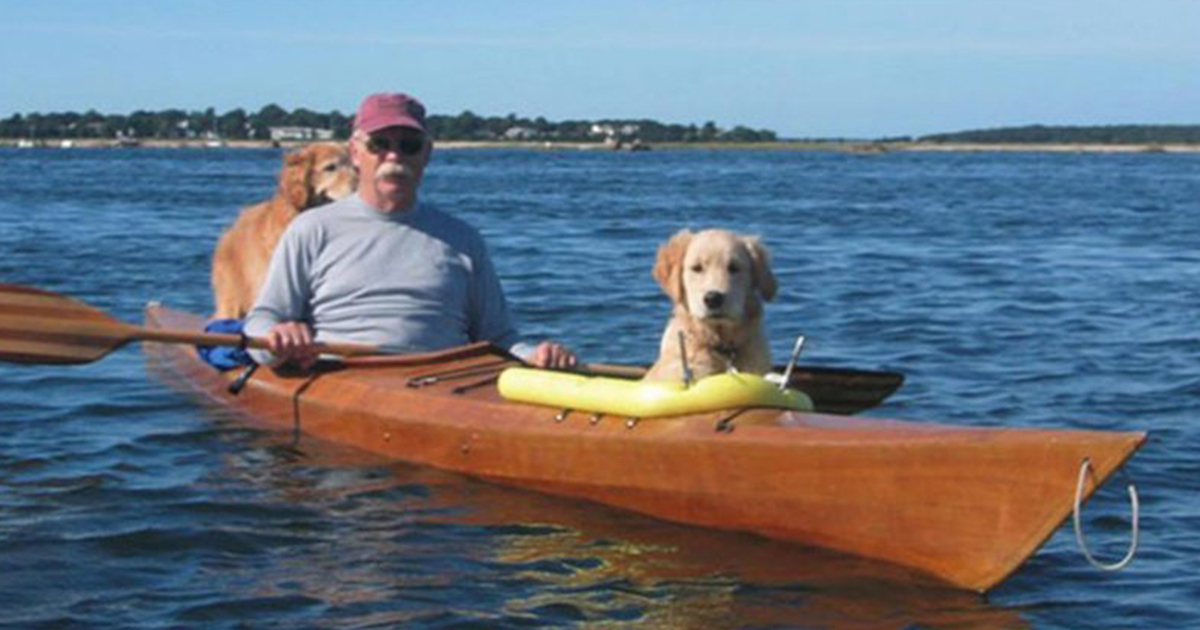 “When we got Ginger, I just put in another hole,” Bahnson told The Dodo. “It’s like a triple kayak, only there isn’t enough room for the paddlers to put their feet – but it’s perfect for a dog… They never hopped out into the water, actually.”

Bahnson made sure that his dogs were trained to know how to handle a day out kayaking. They are able to sit in the pouches and can get in them without any assistance. They know not to jump into the water, regardless of the temptation. Although the kayak is safe, Bahnson is sure not to go into deep water. When they get back to shore, the dogs wait until they are told to get out of the kayak.

“They seem to love it,” he said. “They get excited when we’d pull the kayaks out and see that we were going. We’ve seen other people kayaking with their dogs, but they usually have them in the cockpit with them. That’s kind of awkward, so this just worked out better. They each have a little dedicated space, and they just sit and enjoy the ride.”

Susie and Ginger have since passed away but not before they enjoyed many years of fun on the water with their loving owner. Bahnson and his wife now have new dogs who also enjoy kayaking.

“I love my dogs. I love training them, the companionship. We’ve gone miles and miles of paddling with our dogs,” said Bahnson. “They just really enjoy going places.”