Animals are amazing creatures and to see them in their natural habitat is breathtaking. One man took a safari to observe all the wild animals, but he never expected to get up close and personal with a leopard.

A man on a safari was approached by a young leopard when the vehicle was at a stop. The guide is heard saying, “Don’t move.” The leopard slowly approaches and bats at the man’s shoe. The man remains calm but starts recording the encounter on his phone. 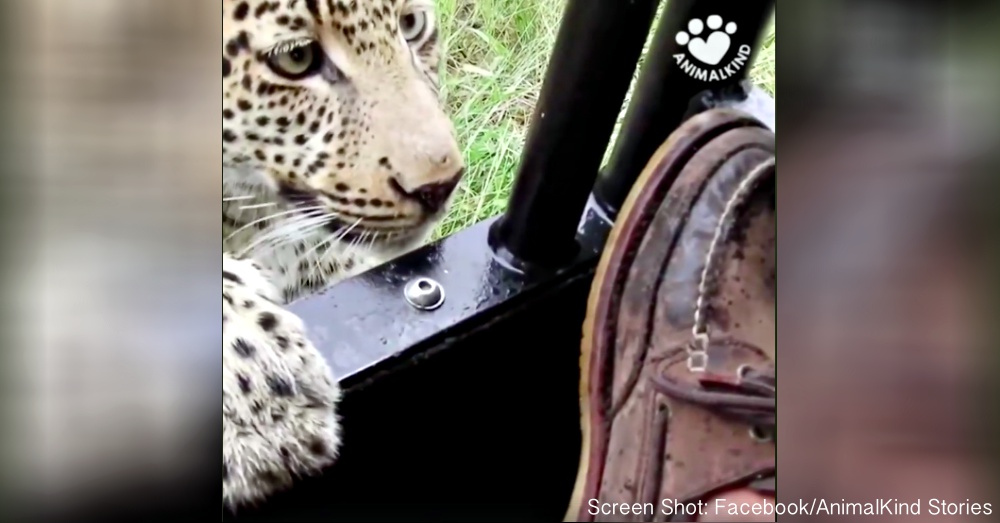 The leopard bats a few times at his shoe and then takes a swipe at his bare leg. The man exclaims, “Ow!” and the leopard backs up. After a few moments, the leopard returns to inspect the shoe as his curiosity is piqued.


After sniffing the shoe, the leopard decides he might see what it tastes like. He puts his mouth on the shoe, but luckily decides he does not like the taste. This ends the leopards interest in the tourist and he returns to the bush.

The man was not scared and enjoyed the encounter. He said, “He just seemed like a big pussycat.” He was proud he captured the moment by saying, “I got that on video baby,” as he zooms in on the scratch on his leg.

Watch the entire incident below.