It’s hard to imagine how anyone could move away and simply leave their dog behind as if it were an old couch they no longer had use for.

But that’s what happened to Cupid, a sweet dog who was abandoned by his family in Harrisburg, Pennsylvania. They moved out of their house and left their four-legged family member behind.

He didn’t have food or water. He couldn’t get into the house. He didn’t know where his family was or why he was suddenly all alone.

He roamed the area for weeks, always coming back to his “safe place:” the front porch of the place he had called home. 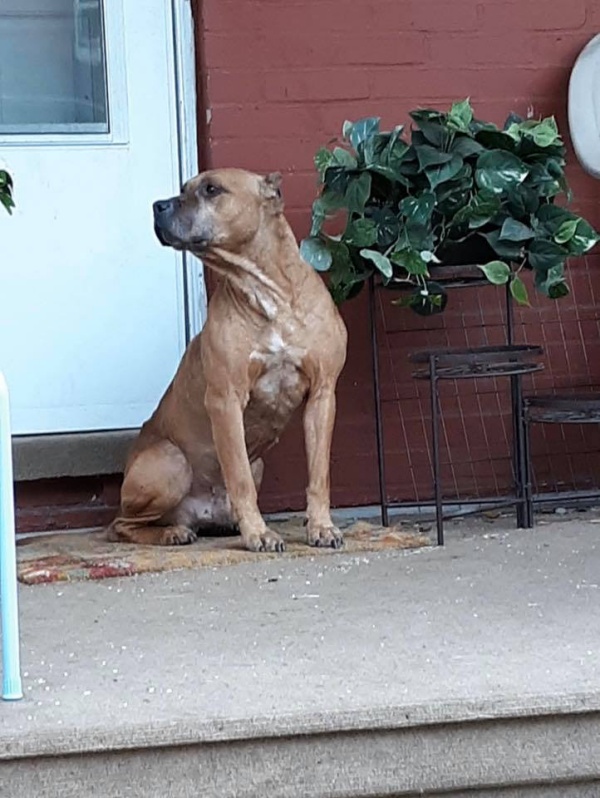 Thankfully, Janine Guido, the founder of Speranza Animal Rescue, got a call about the abandoned dog and immediately set out to rescue him.

But it wasn’t easy to get Cupid to come to her. Guido approached him several times, but he was scared and unsure. One time in particular, he ran to the porch of his former home and pawed frantically at the door to get in. But his family wasn’t there anymore.

It broke Guido’s heart to see him desperately reaching out for the family that no longer loved him. 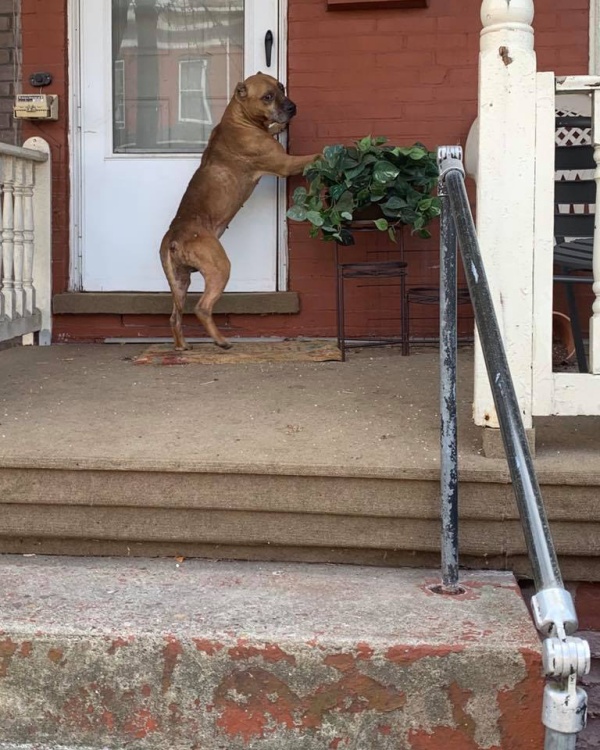 Multiple people had told Guido that the family had abandoned the dog, according to The Dodo. But that’s all Guido could find out.

Eventually, Guido was able to coax the animal to her. Then she wrote a scathing post on Facebook directed at the family that abandoned Cupid, explaining what had happened since he was left behind:

“This is what your dog does, When you move out and leave him behind….” 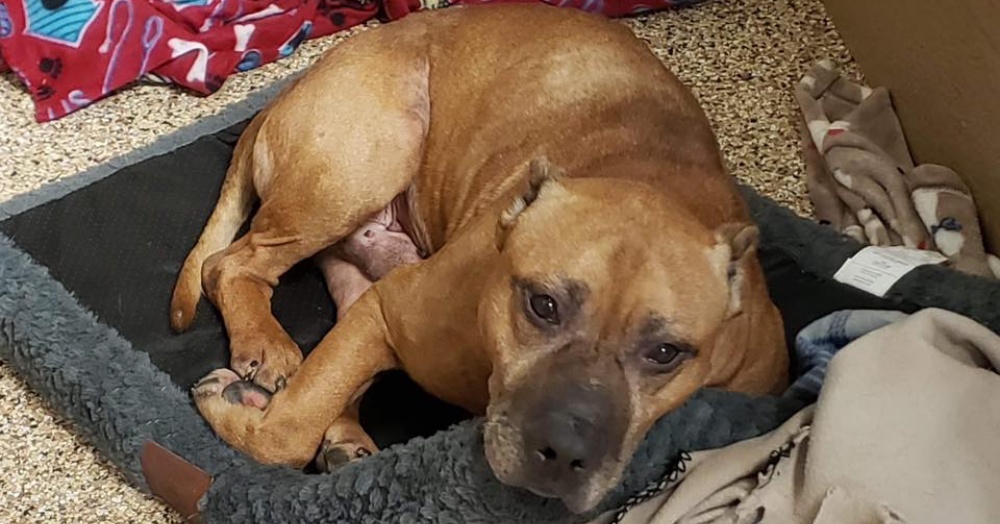 “I got a call this afternoon regarding your dog. That has been roaming around Harrisburg since you moved out. And more often than not he was seen lying on your porch.

“When i got there your dog was eating out of a dumpster. And when i tried to approach your dog he took off to his “safe place”.

“When I approached your doorstep , your dog frantically jumped up and scratched at the door – begging for you to let him in. 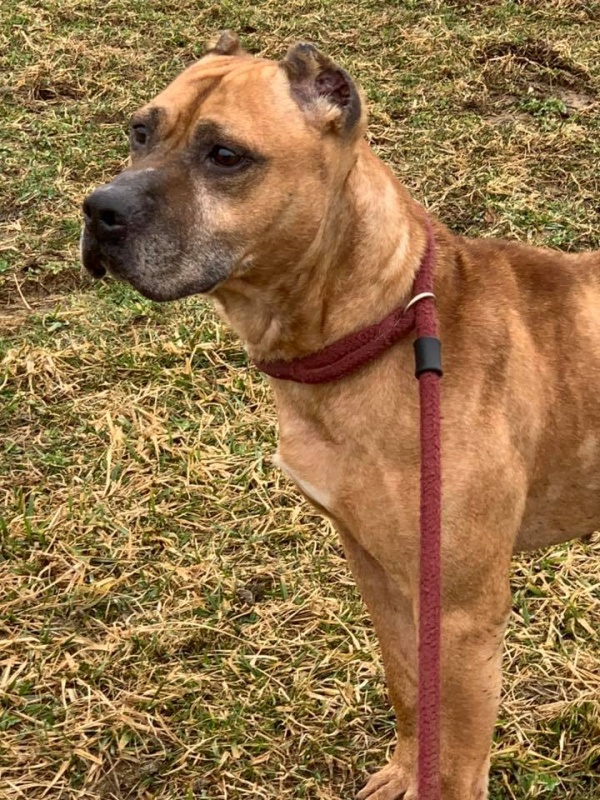 “Your dog then bolted once again, and ran down alleys. Away from me – the stranger trying to help him.

“The next time I approached your dog on the porch he sat there. He wasn’t interested in my food. He wasnt interested in me. He wanted back inside your house. He once again clawed at your door, but no one was there to let him in.

“I spoke to your dog and he would bark at me and yet again took off down the street.

“The next time he came back to your porch i spoke to him and told him im here to help. Help to get him off the streets. 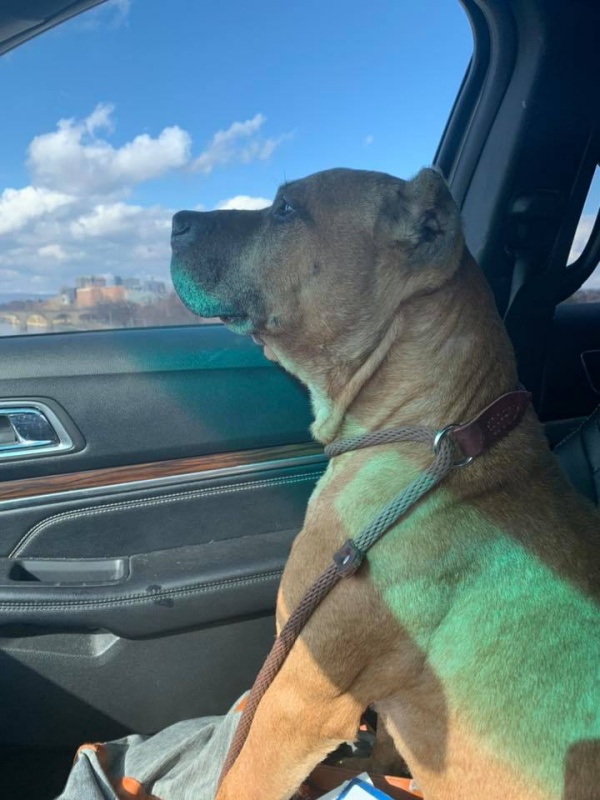 “At that moment it was like your dog understood. He didnt bolt. He walked up to me and sat down. Allowing me to leash him.

“I cried as i put your dog into my car. And even though I probably sounded crazy I explained to your dog what was going on the whole ride home.

“‘Im so sorry you were let down. But i hope you realize we are here to help. And you will never be left alone again.

“Welcome to the Family, Cupid ❤️'” 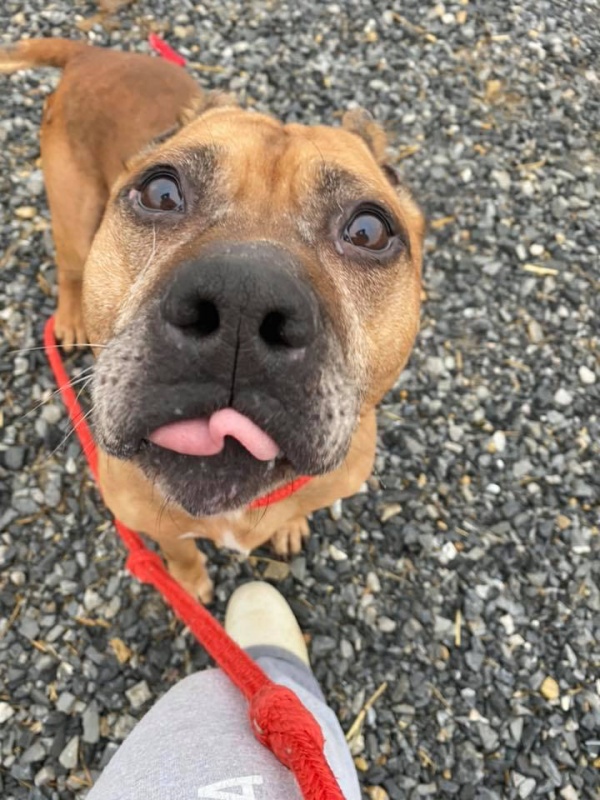 On the drive to the rescue, Guido explained to Cupid what was going on and that he was going to be cared for now.

He stole the hearts of staff at Speranza Animal Rescue once he arrived and has been well-loved and well-cared for there. He likes giving hugs and is constantly wagging his tail. 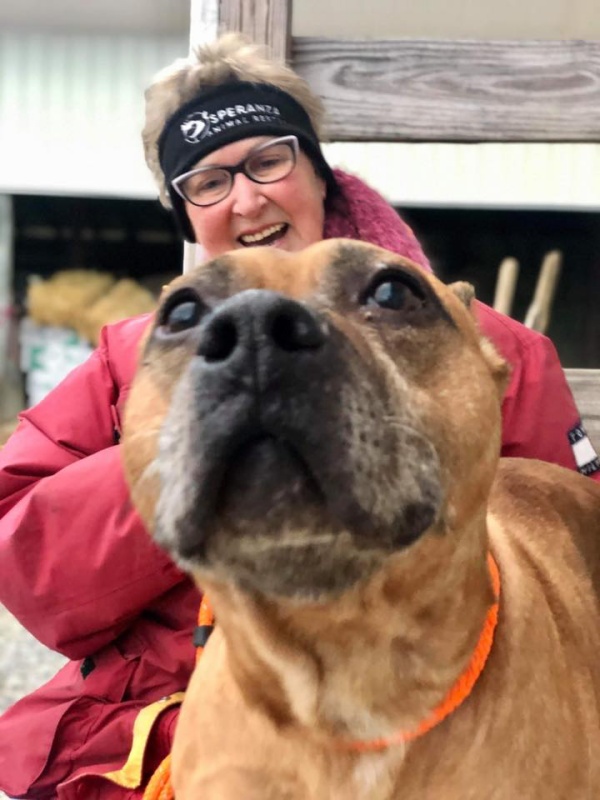 “He has been nothing but the sweetest gentleman since coming to the rescue,” Guido told The Dodo. “You can tell he’s still really confused. But he is happy to meet everyone with a wagging tail.”

Since Guido first posted about Cupid on Facebook, the rescue has gotten over 50 adoption requests for him. But Cupid is not ready to be adopted yet. He still has to visit the vet and be neutered, and the staff needs to get to know him a little better to determine any particular needs. For instance, they think he might be okay in a home with cats (since he was eating out of a dumpster with a cat during one rescue attempt), but they aren’t sure about dogs yet. 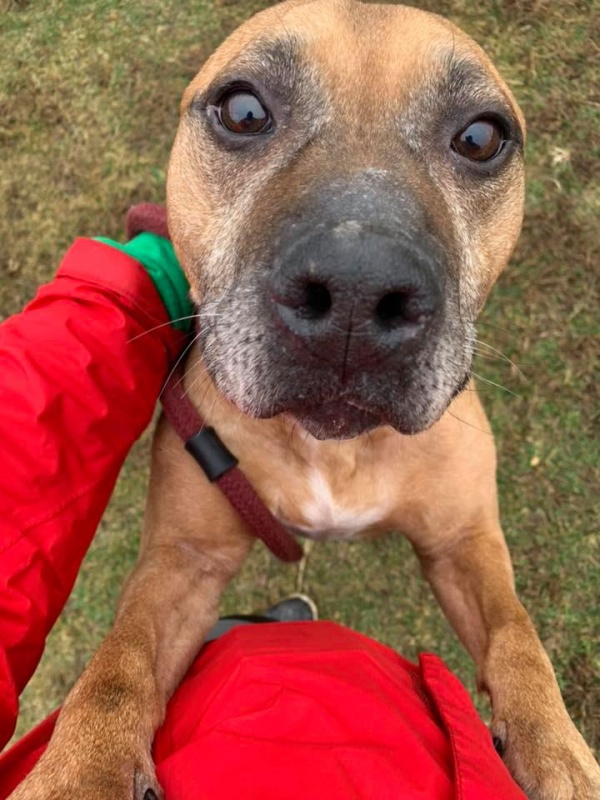 But even though he’s not ready for his forever home, there are plenty of animals who are.

“We know he’s super cute and he has a sad story, but so do many others,” Guido wrote on Facebook. “We have so many amazing dogs that are available for adoption, please consider one of them.”

Dog Who Spent 1,076 Days In Shelter Finally Gets Adopted and Cannot Stop Smiling: Click “Next” below!