Cassandra Clark knows that hot weather can kill pets, which is why she was so concerned when she saw a dog locked outside when the temperature was over 100 degrees. She tried contacting the authorities, but when they couldn’t respond quickly enough, she took action herself through social media. That got the attention of Dallas Animal Services, who found out there was more than one animal to save. This wasn’t the first time Clark had seen a husky outside this particular condo. According to I Heart Dogs, she had previously seen the dog left outside on the balcony in hot weather. This time, the dog wasn’t just outside, it was stuck in a kennel that wasn’t nearly large enough. 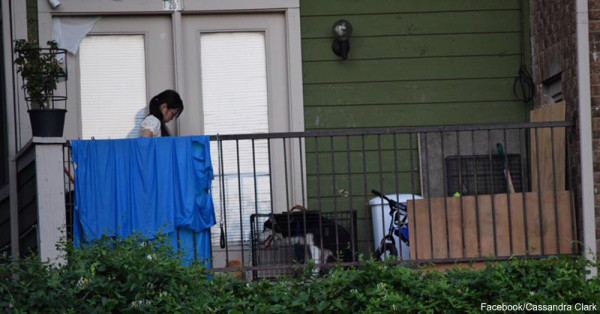 She called both animal services and 911 for help but was told they’d have to wait 24 hours before going over there. Realizing the dog could die, she went the Facebook route. She posted a picture she took of the dog and a description of the situation.

The post quickly went viral and was shared over 1,000 times in a week. The Scoop Blog at The Dallas Morning News reports she received a wide range of responses, with some suggesting she break in and save the dog, and other creative users recommending she throw a water balloon over there to cool off the dog. 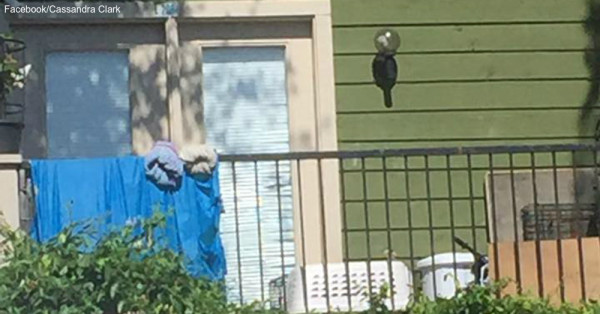 Fortunately, Dallas Animal Services responded and went to the condo. Although the dog was inside at that point, they posted a violation notice on the owner’s door. A volunteer later stopped by and found there was more than just one dog at this condo, there was also another dog, four cats and seven kittens. The owner ended up surrendering all of them to Dallas Animal Services. Clark showed how social media can get a message out and save lives, and her actions show why it’s so important to be proactive when animals are in danger. For more information about how social media has made a life-saving difference in animals’ lives, see this link.