Much like his famous painter namesake, Vincent the English bulldog experienced both the highs and lows of everyday living. As winner of the 37th Annual Beautiful Bulldog Contest at Drake University in Des Moines, Iowa, Vincent was on a definite high. Dressed in a royal blue cape and matching crown, the solidly built pup put on his biggest smile as he basked in the spotlight. A little more than a year earlier, the brown and white bulldog was a homeless stray. Vincent wandered the streets of West Des Moines until he was rescued and put into foster care. Meredith and Chad Green saw something in the perky pup and adopted him. Perhaps it was his lively, playful nature. 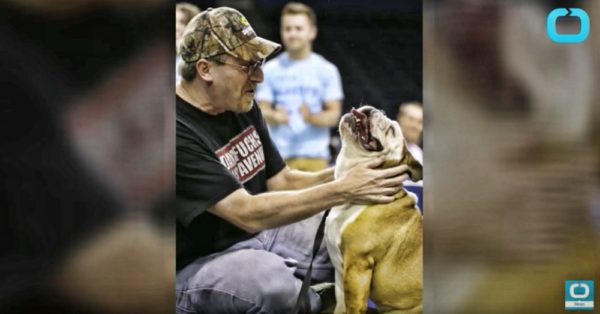 English bulldogs aren’t usually known for their high energy levels; napping is high on their favorite “to do” lists.
Vincent’s playmate at home is a high-octane Yorkshire terrier, weighing only a fraction of his 60-pound size. The two are often found running up and down stairs, racing around the house and having well-earned chew sessions on juicy bones. Both are also active with their owners. True to his breed, Vincent does love to nap, but only after he’s worn himself out.

It was Vincent’s perky attitude that helped him win the contest. Most of his competitors needed coaxing and treats to make an appearance on stage. Not Vincent. Dressed in a bright floral shirt, he almost bounded across the platform, his whole backside wagging because he was having so much fun. 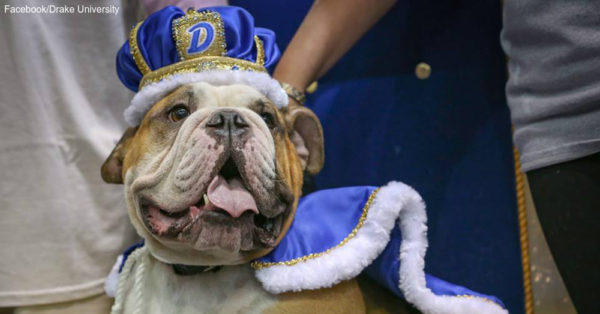 Though some of the other bulldogs were more elaborately dressed as butterflies, peacocks and even Roman gladiators, Vincent easily sailed past the 50 contestants and landed in the winner’s circle. As “top dog,” Vincent presided over Drake University’s relay week. His story is just one example of how rescue animals can live happy and sometimes amazing lives. Check out the Animal Rescue Site for more uplifting animal tales.