Jason Galvin couldn’t have found a more appropriate way to kick off his Fourth of July weekend. A veteran of the U.S. Army who did two tours in Afghanistan, Galvin was on a bait run in Rush City, Minnesota, when he spotted a bald eagle stuck in a tree. When the authorities wouldn’t help, Galvin took matters into his own capable hands. 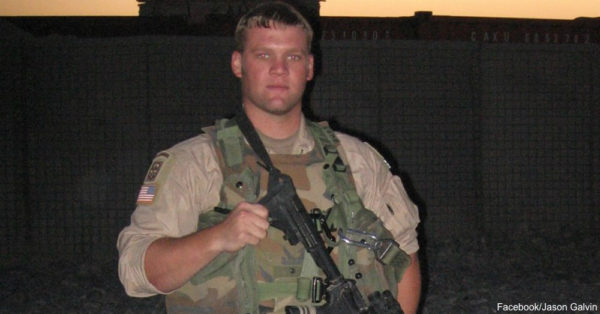 According to the New York Daily News, the bald eagle had gotten caught in a rope and was dangling from a tree branch about 75 feet off the ground. Even worse, the eagle had already been out there for two days when Galvin spotted it. Other people had called the Minnesota Department of Natural Resources, the city’s police station and its fire department, but all three organizations said the bird was stuck too high to help.

KARE 11 reports that as Galvin surveyed the situation, he joked that he’d have to shoot the eagle down. To his surprise, his wife agreed with him. He pulled out his .22 caliber rifle and took aim.

It was a very windy day, and Galvin obviously didn’t want to hit the eagle, so he took his time shooting. He ended up firing about 150 rounds over 90 minutes, shooting through three branches and the rope. When the eagle fell, the underbrush broke its fall. 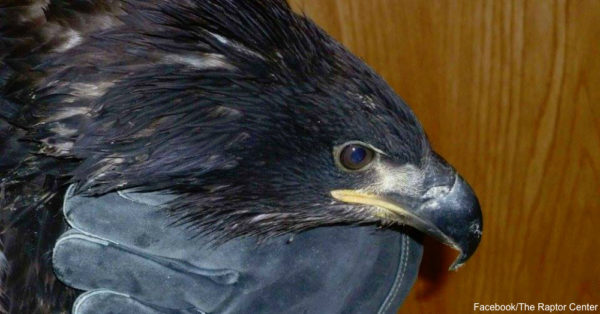 Phil Mohs, a conservation officer, gave Galvin permission to shoot the eagle down, as the bird would have died anyway if he didn’t. Once the eagle was on the ground, Mohs drove it to the Raptor Center at the University of Minnesota. The bald eagle is recovering well and, with any luck, should make a return to the wild soon. As for its name, Galvin felt that Freedom was an appropriate choice. Galvin did what was necessary to save our beloved national bird. For more on man’s feathered friend, learn about the incredible bond between birds and humans.