It was just another day for Jason Harcrow as he drove his UPS route, until he saw a car stop in front of him and open its door. Sadly, the heartless driver opened the door and dropped a puppy outside in the middle of the street. Fortunately for that puppy, Harcrow reacted quickly so he could get the poor little animal to safety. According to USA Today, Harcrow is a UPS driver in Northern California. He was driving down Hatch Road when the incident took place, and he realized right away that if he didn’t save the dog, it could get hit by oncoming traffic. 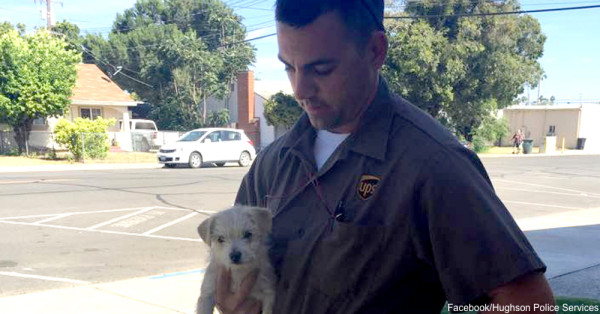 He stopped his truck, ran out onto the street and grabbed the puppy before it could run into danger. He attempted to record the license plate of the driver that dumped the puppy, but that person fled the scene too quickly.

People reports that Harcrow then put his deliveries on hold so he could take the puppy to Hughson Police Services and explain to officers what happened. Since he was on a tight schedule, he left without giving his name. 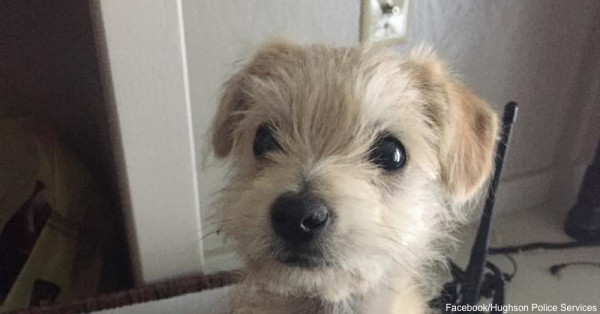 Animal Services got the puppy from the police station and took it to a veterinarian for an evaluation. While it didn’t have an ID tag or microchip, it is healthy, and in good spirits despite its ordeal. The next stop on the puppy’s journey was Stanislaus County Animal Shelter, where it was held for a week as required, in case the owner came forward. That obviously wasn’t going to happen, and after that time the shelter put the puppy up for adoption.

Although Harcrow didn’t leave his name, his coworkers identified him when the story went viral. His supervisor says that everyone at UPS is very proud of how he acted. Harcrow taking action likely saved the life of that helpless puppy. For more stories like this, check out another highway rescue with a happy ending.